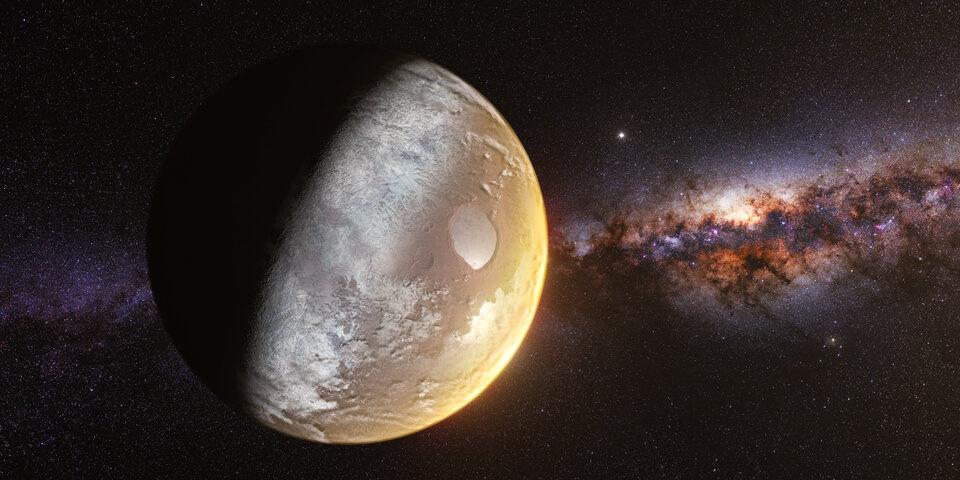 The European Space Agency’s new vision for mission planning includes exoplanets, icy moons and probing the early universe. This isn’t yet an announcement for a planned new mission, but what this Cosmic 2050 discussion represents is a target for thinking about where to go next in space. Mission proposals will be solicited in the coming years to figure out all the details, but these are some of the large-range themes that future spacecraft will deal with.

Icy moons: This is going to be a big topic of the 2030s already, as NASA’s Europa Clipper and the European Space Agency’s JUpiter ICy moons Explorer sail to the moons of Jupiter. Jupiter and the other gas giants of our solar system have many intriguing icy moons, including some that spurt water geysers into space. Perhaps these worlds might be habitable, but we need a lot more work to be sure. A future European landing mission would try to find the connection between the oceans under the ice with the conditions near the surface. And yes, searching for “biosignatures” is high on the list, too. “The mission profile might include an in-situ unit, such as a lander or a drone,” ESA stated.

Finding ‘temperate’ exoplanets: It would be simplistic to say that scientists are only interested in Earth-like worlds, but certainly we want to figure out more details about how planets are formed and the range of conditions in which habitability is possible. As ESA points out, the Milky Way galaxy alone has hundreds of millions of stars and planets, so figuring out priorities is, well, the first priority. Future European missions would focus on so-called “hidden regions” of the galaxy, which are parts that might be a little harder to spot due to dust or other obstacles. A future planet mission could look for temperate exoplanets using heat-seeking infrared wavelengths to better understand their potential for temperate conditions. “If they harbor truly habitable surface conditions, [this] would be an outstanding breakthrough,” ESA stated. Naturally, such a mission would follow on from findings from other planet-hunters like Cheops, Plato and Ariel — plus international ones like NASA’s Transiting Exoplanet Survey Satellite (TESS).

Learning about the early universe: As spacecraft fly with more advanced machine leaning to pick up patterns, we can put this to use in figuring out more about the mysterious origins of our universe. Yes, we’ve come a long way with missions such as Planck and LISA that look at (or will look at) wide-scale phenomena, but instruments with more precision could help with looking at the big stuff — gravitational waves that show huge collisions in space, or the cosmic microwave background that shows off the echo of the Big Bang. Where we go exactly, though, will require a bit more discussion. “Additional study and interaction with the scientific community will be needed to converge on a mission addressing this theme,” ESA stated.

While these themes address the most major investments of European space science, ESA also plans to study other kinds of missions through medium-class investments. Calls for missions will come up periodically looking for ideas in themes spanning astronomy, astrophysics, fundamental physics (again to figure out our universe’s history) and a field called astrometry, which tracks the motion of celestial objects. We’ll also likely see more contributions to solar system science.

ESA reminded the community that space planning cannot happen overnight. The comet-chasing Rosetta mission and Philae lander, for example, arose from a development campaign that took place between 1985 and 1995. The mission launched in 2004 and did its science operations between 2014 and 2016. So the new mission plans talked about today about now could truly inform missions of the next 30 to 40 years.

“Large missions in particular require significant technology development, which often takes a number of years,” ESA stated. “Therefore, it is important to start defining the necessary technology well in advance, to ensure that ESA’s science program can secure a world-class, forward-looking series of missions for future generations.”