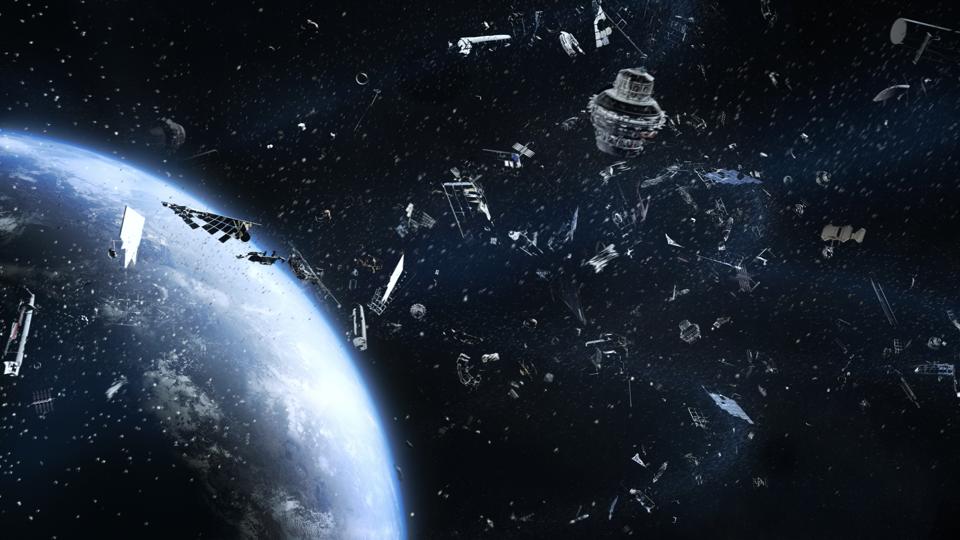 A group of experts has compiled a list of what they say are most dangerous objects in Earth orbit today, noting that efforts should be undertaken to remove them as soon as possible before a disaster occurs.

In a paper to be presented at the International Astronautical Congress (IAC) next month, 11 separate teams analyzed thousands of pieces of large space debris currently orbiting Earth. The goal was to jointly decide which objects posed the biggest risk of creating large amounts of space junk were they to collide.

“What’s never been done before is to get 11 different teams from 13 different countries and organizations to agree on what are the top ones,” says Darren McKnight from the U.S. firm Centauri, the lead author on the paper. Each group performed their own assessment to arrive at what they thought were the most dangerous objects, before the lists were correlated into a joint top 50.

It’s hoped that raising the alarm about some of these objects may spur governments and industry into action to deal with space junk. This debris, which today includes 3,000 dead satellites, 15,000 smaller pieces of trackable debris, and 150,000 pieces of lethal non-trackable debris, poses a significant threat to satellites both now and in the future.

The first 20 objects on the list are all large rocket boosters launched by Russia and the Soviet Union (referred to as the Commonwealth of Independent States, or CIS) between 1987 and 2007. These SL-16 R/B boosters each weigh 9,000 kilograms and orbit at altitudes above 800 kilometers. Were two of these boosters to collide, the resultant debris produced could be catastrophic.

“Two 9,000 kilogram objects hitting would double the low Earth orbit debris population in one instance,” says McKnight. “You would make 15,000 trackable objects. That’s the most consequential event that is possible. But it’s not a one in a million possibility, it’s one in a thousand each year.”

These boosters also orbit together in clusters, meaning they remain on similar orbital paths to one another. “And these clusters have been formed for decades,” says McKnight. “God’s rolling the dice every year. And the cumulative probability [of a collision] is going up.”

The list also includes several satellites, with the European Space Agency’s defunct ENVISAT satellite launched in 2002 – weighing in at 7,800 kilograms and orbiting at an altitude of 765 kilometers – deemed to be the highest risk. Also rating highly was the Russian Meteor 3M satellite, launched in 2001, and Japan’s ADEOS I and II satellites, launched in 1996 and 2002.

The purpose of the paper is to highlight which objects we should aim to target first in our efforts to clean up space junk from Earth orbit. Several proposals have been put forward in recent years to do this, such as by the Japanese company Astroscale and the British RemoveDEBRIS project, which would grab dead objects and pull them into the atmosphere.

However, the paper notes “that 37 objects of the top 50 list have a mass greater than 2,000 kilograms,” most notably the large Russian rocket boosters left orbiting Earth. In order to deal with these larger objects, it may be necessary to come up ways to make sure they avoid colliding rather than trying to remove them from orbit, since their re-entry would pose a significant risk.

“Just-in-time collision avoidance [like a proposal to use clouds of gas to change their paths], long-term debris management, and nanotugs are three different approaches,” says McKnight. “The idea is if you see this close approach coming, [you] go ahead and nudge one of the objects to avoid a collision.”

Currently, while the United Nations has a loose guideline for companies and countries to remove their own space debris within 25 years, these guidelines are not enforced. Many want governments to take firmer action in cleaning up space junk, and ensure future generations have the same access to space afforded to us today.

McKnight and his colleagues hope their paper will make people aware of the huge danger space junk poses in orbit, and the urgent need to tackle the problem. But while most people think of the movie Gravity, and how that depicted a threat known as the Kessler syndrome – a chain reaction of collisions – such a scenario is likely centuries away.

“Our concern in the next ten years is not the Kessler syndrome,” says McKnight. “It’s the fact that operational satellites will not function realiably due to the large number of lethal non-trackable debris. That’s an impact on global economy, connectivity, remote-sensing, disaster management, and financial transactions.

“It’s not as glamorous as Gravity, but it’s much more likely, and it’ll have a much greater effect on people.”