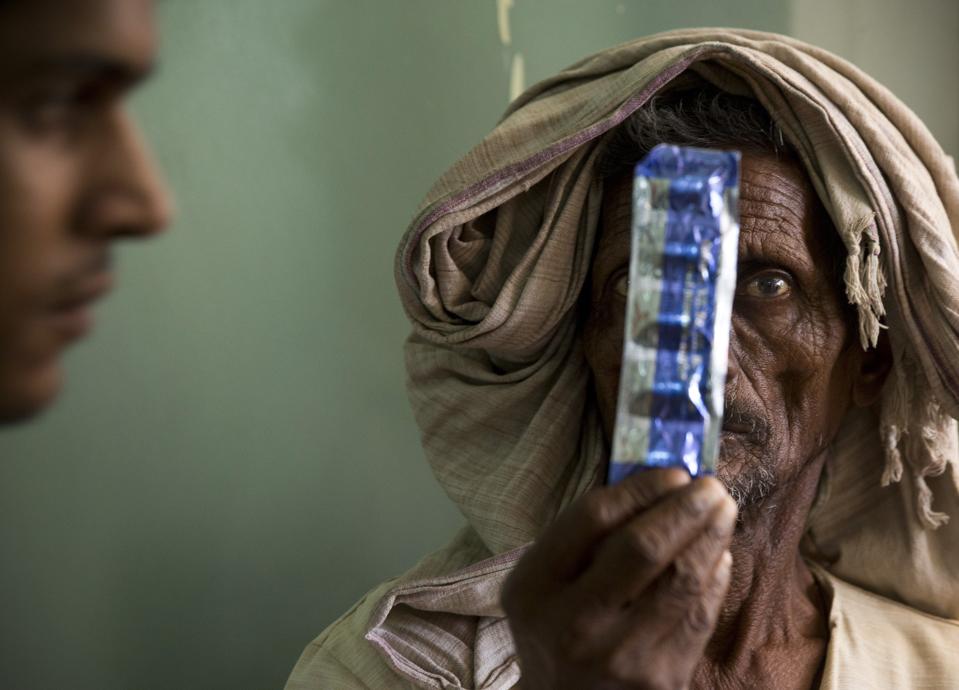 Today, the World Health Organization released its 2019 Global Tuberculosis Report. The bad news is that, despite a decline in number of deaths, TB continues to reign as the world’s top infectious killer. According to the report, TB still kills 4000 people each day, 120000 people each month, and 1.5 million people each year. TB is the leading killer of people living with HIV/AIDS, and a major cause of deaths due to anti-microbial resistance.

For a bacterial infection that is preventable and curable, this is an unacceptable death toll, and underscores a longstanding neglect of an infectious killer that mostly affects the impoverished and marginalized.

The WHO report also provides updated numbers on the epidemic of drug-resistant tuberculosis. Nearly half a million people developed TB that was resistant to rifampicin, the most effective first-line drug against TB. Sadly, of these, only a third received adequate therapy.

Not on track to reach 2020 targets

Currently, as shown in the dashboard, the world as a whole, and most high TB burden countries are not on track to reach the 2020 milestones of the End TB Strategy, as well as the targets endorsed by the United Nations last year, at the UN High Level Meeting on TB. The WHO report acknowledges that “the pace of progress worldwide and in most regions and countries is not yet fast enough.”

Is there enough funding to fight TB? The WHO report provides an updated snapshot of the funding landscape. The funding required for a full response to the global TB epidemic in low- and middle-income countries is estimated at US$ 10.1 billion in 2019, excluding research and development. Of this, US$ 6.8 billion was available for TB prevention, diagnosis and treatment in 2018, leaving a funding gap of almost US$ 3.3 billion. TB R&D is also under-funded to the tune of US$ 1.2 billion per year.

There was some good news this month, when world leaders and donors at the Global Fund’s Sixth Replenishment Conference pledged US$14.02 billion for the next three years. This is the largest amount ever raised for a multilateral health organization, and the largest amount by the Global Fund. The funds will help save 16 million lives and end the epidemics of AIDS, TB and malaria by 2030.

Other recent good news have come from the world of research and development. In August this year, the US FDA approved a new drug called Pretomanid, in combination with another relatively new drug called bedaquiline, along with linezolid. The three-drug, oral regimen could shorten treatment of extensively drug-resistant TB to just 6 months, with a cure rate that exceeds 80%.

Exciting new research has also unveiled a promising vaccine candidate, a urine-based point-of-care test for TB, a shorter and effective 1-month treatment for latent TB infection (to prevent TB disease), as well as innovative approaches to reduce TB in communities via repeated (annual) community-wide screening. Projects in India have also successfully engaged private providers and closed the gap in notifications.

Science is starting to deliver novel tools and approaches for fighting TB, and donors and governments are starting to step up and commit to ending the epidemic. What we need now is urgency as well as unified action (a ‘movement’), to shift the slow global response into an overdrive mode.

Here, I am hoping everyone working on TB can learn from the HIV/AIDS playbook on how to organize and fight an epidemic. I recently watched the incredibly powerful documentary “How to Survive a Plague” by David France, where he provides an insider account of how people with HIV educated themselves, learnt science, and became powerful advocates to demand drugs and resources to halt the plague. Thanks to their collective efforts, more than 20 million people are on live-saving anti-retroviral treatment today.

Change is possible. But in order to create change, the focused voices of advocates must be heard through the din. Individuals and organizations must do the hard work of becoming ready to question the status quo, and be smart enough to present well-founded alternatives. Strong leaders in government must pave the path and prepare to stay the course. Specific strategies with clear goals must be established in order to hold people accountable.

For too long, the TB response has been top-down, medicalized and run with a public health (not human rights) perspective. It is time for the TB community to put patients and communities at the center of the global response, and adequately support them, to harness their power. As Larry Kramer eloquently said, “What makes activism work is [patients’] anger and fear…somehow you have to be able to capture that, put it in a bottle and bottle it and use it.”