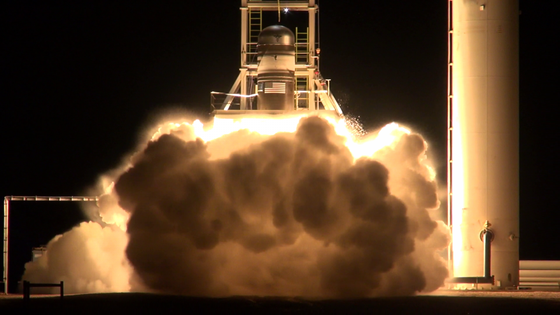 In a bid to attract more customers and employees into Firefly’s aerospace activities, the startup plans to offer valuable payload space to these two groups on its first Alpha rocket flight in December.

The mission, called Dedicated Research and Education Accelerator Mission (DREAM) includes room for student experiments and entrepreneurial ventures (for companies that cannot access space themselves). Firefly will already receive revenue from its commercial payload (so far from an undisclosed customer) on the flight, and offering up this ride-along space will help it forge more connections in the aerospace community, said CEO Tom Markusic.

“We’re a community member in space, so we’re trying to do our part not only to become a viable company but to encourage other people,” he said. The company implemented a tight deadline of June 30 so that it can inform the rocket range of what the payloads will be, well ahead of the launch. More application details are on Firefly’s website.

While Firefly is giving away space on this mission, Markusic pointed out that the company is already facing a large customer backlog for its missions. Firefly plans to fly five more flights in 2020 if this inaugural one goes well. Markusic estimated there is roughly $2 billion in contracts and letters of interest pending as the company gears up for this first launch.

“We’ve got to get this rocket up there, and the customer is literally waiting,” he said, which he called “an uncomfortable feeling, but a great feeling” because it shows confidence in the company’s technology.

In April 2019, Firefly Aerospace completed a 300-second “hotfire” test of the upper stage of its Alpha rocket.

Firefly Aerospace has had a busy 2019. In February, it announced a $52 million expansion that included a launch site at Cape Canaveral Spaceport. In April, it performed a key engine test and passed the milestone with no major issues. Markusic cautions there is still much to do before flight — second stage testing, first stage testing, rocket integration — but so far, things remain on track for a Dec. 16 liftoff.

The company is growing fast after a predecessor entity, Firefly Space Systems, filed for bankruptcy in 2016 after Brexit forced a major European investor to pull out. The new Firefly has attracted some big names, including NASA for a commercial lunar payload services contract.

“The reason we’re involved in this there is a ton of business to be made, and it’s a really hot and growing area,” Markusic said of Firefly’s launch services. He cautiously suggested Firefly will reach profitability fairly quickly, as long as it is careful with its development milestones and continues curating the customer relationships it is working so hard to build.