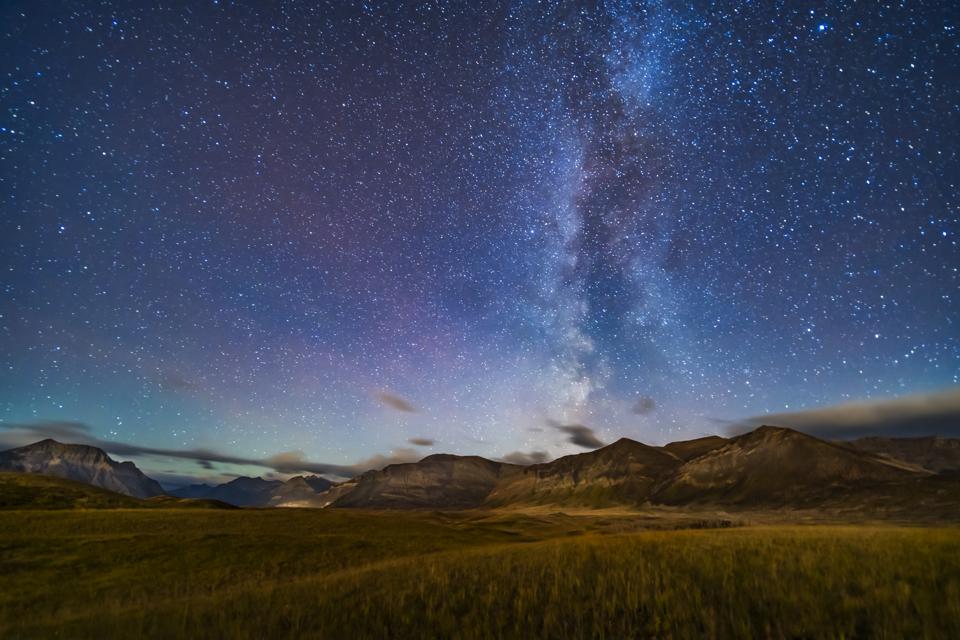 The reward is up there, in the sky, when the stars come out above Waterton-Glacier International Peace Park. The park, taking in national parks in Alberta and Montana, was the first designation in the history of the International Dark-Sky Association to span an international boundary back in 2017. The award has gone to Iree Wheeler, recognized as a Dark Sky Defender by the nonprofit association.

The International Dark-Sky Association (IDA) is committed to preserving the starry skies above the Earth that are too often drowned out by light pollution from unnecessary, artificial illumination (like those too-bright security lights in front of your neighbor’s garage).

Each year, the organization recognizes and celebrates individuals and groups who are committed to its mission to “preserve the night.”

Wheeler is among a number of 2020 award recipients and was recently recognized for being “instrumental” in having the Waterton-Glacier International Peace Park designated as the first (provisional) International Dark Sky Place to span an international border. The park encompasses Glacier National Park in Montana, United States, and Waterton Lakes National Park in Alberta, Canada.

“Throughout the process, Iree ensured that staff from both parks had accurate information about the impact of light pollution on people and wildlife for live presentations as well as videos and other multi-media products,” the association says.

“Additionally, she gave night-sky presentations at brown-bag seminars at the Waterton-Glacier Science and History Day. She also worked with multiple videographers in the development of a short video detailing the process of getting Waterton-Glacier designated as a Dark Sky Park and the importance of dark skies to wildlife and humans.” That short video is below.

Wheeler says that as the dark skies intern at Glacier National Park from 2015-2016, she was responsible for completing the United States portion of the application to the association (modeled on other conservation and environmental designation programs such as the UNESCO World Heritage Sites and Biosphere Reserves).

Why did she bother?

“Anywhere that people can still look up on a clear night and see the Milky Way is worth protecting, in my opinion,” Wheeler says. “I hope everyone can have the opportunity to have that experience at some point in their lives.”

There are more than 130 certified International Dark Sky Places in the world (but many more places where the night sky is washed away by artificial light). According to a 2016 “World Atlas of Artificial Night Sky Brightness,” 80% of the globe’s population lives under skyglow. In the United States and Europe, 99% of the public can’t experience a natural night, the association notes.

The Waterton-Glacier project has played an noteworthy role in transboundary collaboration between the United States and Canada, says Wheeler, now a Ph.D. student in the Institute for Outdoor Recreation and Tourism at Utah State University.

The project allowed the parks to lead the way in demonstrating ways to illuminate developed areas without “over-lighting.”

The Wateron-Glacier International Peace Park was challenged to find lighting replacements that met association dark sky requirements as well others under the Historic Preservation Act. But Wheeler and others eventually succeeded in finding replacements to match the historic character and decor of the Glacier National Park buildings, for instance, with the help of a cultural resources department.

“We see this as an opportunity to serve as an example for other national parks in the United States and Canada who may have similar architectural styles and may be interested in the IDA Dark Sky Park designation.”

You may have noticed the (provisional) in the park’s designation. Wheeler says there have been several setbacks, recently due to supply chain issues and work force delays related to COVID-19. There also was a historic fire season at Waterton Lakes National Park in 2017 that caused substantial infrastructure damage.

“However, we are moving forward and should receive full-fledged Dark Sky Park status this fall/winter,” Wheeler says.

This project was a cooperative partnership between Waterton and Glacier national parks as well as divisions within the parks. Wheeler’s position was funded through donations to the Glacier National Park Conservancy, which continues to serve as a partner and support dark sky efforts.