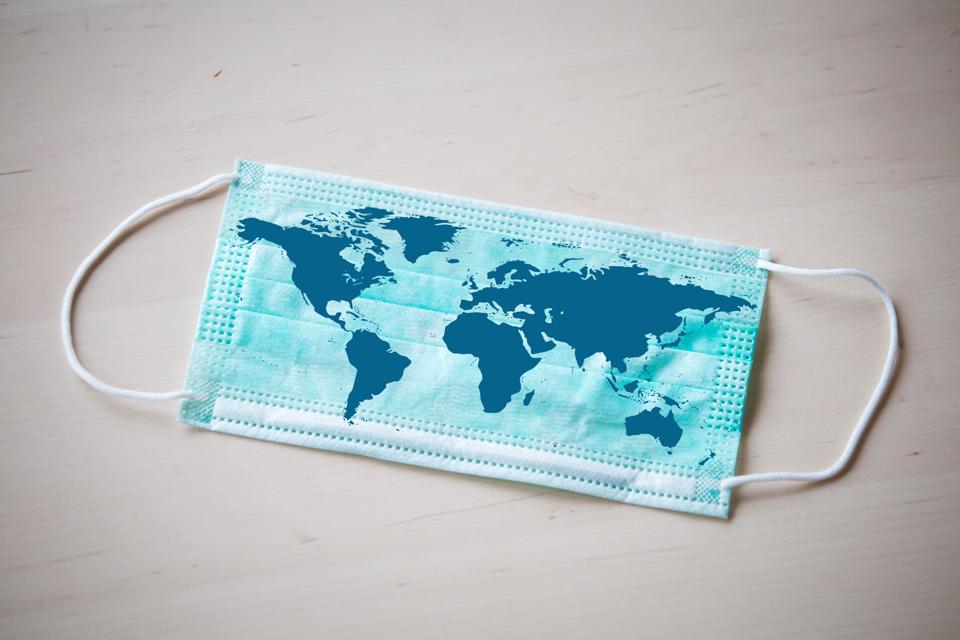 Coronavirus spreads via droplets that are expelled into the air by an infected person, even if they only exhale. Many scientists believe those droplets linger as a smoke-like mist of infectious aerosols that can be inhaled by other people.

The World Health Organization claims that respiratory droplets don’t hang around long enough to be considered airborne. And while WHO admits short-range aerosol transmission “cannot be ruled out“, it assumes such cases could be explained by close contact with droplets or contaminated surfaces.

WHO declared Covid-19 a global pandemic on 11 March 2020. Soon after reviewing the science, aerosol experts Lidia Morawska and Junji Cao warned that “the world should face the reality” of airborne transmission, while others said it was the “dominant route for the spread of COVID-19.”

WHO’s most recent scientific brief was on 9 July, almost four months ago, just before 239 scientists signed an open letter appealing to the medical community and governing bodies to recognize the potential for airborne transmission. On 5 October, the US Centers for Disease Control updated its website to say that “COVID-19 can sometimes be spread by airborne transmission.”

Why is WHO reluctant to acknowledge that Coronavirus is airborne? There are many potential explanations — and some have nothing to do with scientific evidence.

Frustrated that health authorities like WHO and CDC were downplaying the risk of airborne transmission, some of the scientists who signed the open letter created a document on aerosols to answer frequently asked questions for the general public.

The document, ‘FAQs on Protecting Yourself from COVID-19 Aerosol Transmission’, was produced by a group organized by aerosol researcher Jose-Luis Jimenez.

As Jimenez told MIT Technology Review, “We’re effectively having to be a little WHO or CDC […] These organizations have been flat-out refusing to consider if aerosol transmission is important, which leaves people unprotected.”

According to Jimenez, “Aerosol transmission is the main way this virus spreads: the only question if it’s 70%, 80%, or 90%. Ballistic droplets are a negligible way to spread the virus. They only spread if someone coughs or sneezes on you. They drop to the ground, whereas aerosols linger.”

Jimenez said the belief that the SARS-CoV-2 coronavirus is mainly spread via droplets over short distances is a myth. That idea stems from a 1910 book by pioneering public health researcher Charles Chapin, The Sources and Modes of Infection, which led to a bias in how people assume that viruses are transmitted.

But the idea that the advice provided by authorities is purely based on science alone is a little naive, because the decisions made to protect public health are also influenced by social and political factors.

Politics plays a part because WHO is made up of almost 200 member states that provide funding. It works with people at multiple levels of decision-making, including government agencies and nongovernmental organisations, each of which holds stakes in WHO’s activities and choices.

To avoid alienating the various stakeholders, WHO has to use diplomacy when making politically sensitive decisions, which can come into conflict with what may be the best course of action from a scientific perspective.

WHO also considers how decisions might effect society, which can lead to fear of the repercussions. If WHO made an official declaration that ‘Coronavirus is airborne’ it could create panic, for example, or affect whether the public would be less likely to comply with guidelines like ‘wear a mask’.

In some societies, changing your mind is perceived as a lack of confidence and could cause a loss of trust in WHO, which might in turn lead to less compliance for health interventions such as mask wearing.

While CDC has acknowledged airborne transmission, we shouldn’t praise it too soon.

The agency says it “continues to believe, based on current science, that people are more likely to become infected the longer and closer they are to a person with COVID-19.” But the fact the virus is more likely to be transmitted when someone is near an infected individual was never a point of contention.

CDC only “acknowledges the existence of some published reports showing limited, uncommon circumstances where people with COVID-19 infected others who were more than 6 feet away or shortly after the COVID-19-positive person left an area.” In other words, it doesn’t think airborne transmission is common, which is still at odds with scientists who say it’s the dominant route for infection. The agency’s website doesn’t mention the word ‘aerosol’ even once.

Only a few cases have reported clear airborne transmission, such as the famous Washington choir super-spreader event, which is probably why CDC doesn’t believe that aerosols are a major route for transmission.

The agency’s conclusion isn’t scientific. A lack of reported evidence could be a false negative: clear cases might only seem rare because authorities like CDC previously told people that airborne transmission is unlikely, so past reports may have attributed a spreading event to another cause, such as close contact.

WHO has saved countless lives and achieved many great things, most famously eradicating smallpox, but the organisation isn’t perfect.

A frequent criticism of WHO is that it’s been too slow to respond to threats — most recently Ebola. WHO is overly cautious of scientific evidence, which is why documents like the aerosol FAQs offer more relevant and up-to-date information than WHO’s site.

Decisions should be based on science first and other factors second, but the public doesn’t usually turn to scientists for guidance, people look toward the guidelines from governments, who in turn look to an authority like WHO.

WHO must stop being a slow-moving bureaucracy and start keeping pace with science, while being brave enough to quickly change its recommendations on how to respond to disease outbreaks.

One of the big differences between a scientist and a politician is how they respond to new information. A ‘good’ politician will try not to admit being wrong because if makes them look weak to political opponents and changes in policy are perceived as a U-turn by the public. A good scientist, on the other hand, will change their views when fresh results contradict previous data.

Organizations like WHO must act more like scientists. Public health authorities must be faster and more flexible, giving recommendations that reflect the fact we now better understand how Coronavirus is transmitted.