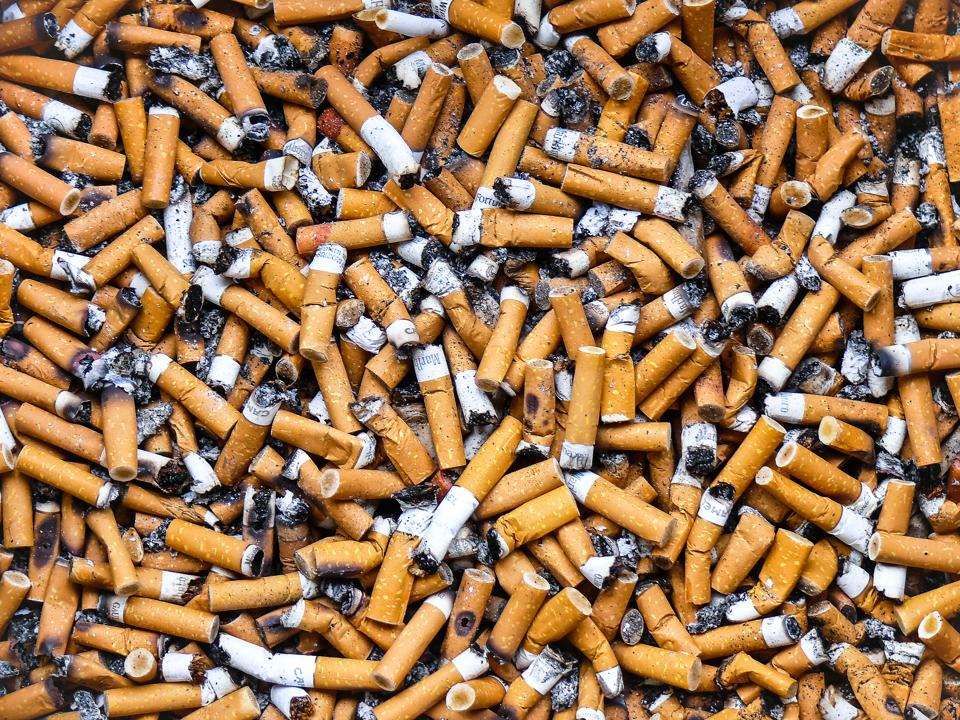 Cigarette butts top the list of most littered items in the world, clocking in at 6.5 trillion discarded each year. That breaks down to about 18 billion cigarette butts flicked onto the sidewalks and streets, and into the sands of beaches every day.

But beyond just being unsightly litter, the plastic filters are also environmental hazards. They’re made from a material called cellulose acetate, which can take up to a decade to decompose. Plus, cigarettes are full of toxic chemical agents that research suggests hampers plant growth and poses risks to wildlife, including possible genetic damage to some birds.

Due to their toxic nature, it seems as though the only reasonable place a cigarette can end up if not flicked onto the street, is in a landfill. However, a new step-by-step method introduces a way to recycle cigarette butts from litter on the streets to incorporation into city infrastructure.

A recently published paper from researchers at the School of Engineering at the Royal Melbourne Institute of Technology (RMIT) lays out their plan for using cigarettes in the brick-making process.

Bricks made from recycled plastic waste have been of increasing interest to engineers and scientists, not least because cement production contributes to an estimated 8 percent of greenhouse gas emissions globally. Earlier this year, researchers from a different Australian institution, Flinders University, presented their technique for producing “green” bricks from recycled PVC — a synthetic plastic fiber — and plant waste.

The team at RMIT were interested in cigarette butts, in part because of their status as the most littered item in the world, but also because the number of loose cigarette butts is only predicted to increase in the coming years.

They took into account the hazardous nature of cigarettes in their research, as well. An earlier study from members of the research group determined that bricks made from up to 2 percent cigarette butt waste by mass were not hazardous, making the idea safe for production.

After collecting discarded cigarette butts, the first step the researchers suggest is to sterilize them. Cigarettes are not only hazardous for containing toxic chemicals, they also are filled with bacteria, both from the surrounding environment and from the user, and could also potentially carry viruses. The study found a UV light treatment provides a two-for-one cleansing by both sterilizing and deodorizing cigarette butts.

Once purged of bacteria and smell, the cigarette butts can be incorporated into the clay brick making process in a number of different ways. All methods suggest the butts be added during the blending stage, when water is added to brick clay soil and other additives and mixed together.

The researchers explored adding cigarette butts in an unmodified state, shredded, or in a pre-mix. A pre-mix of cigarette butts, water, and soil, would allow manufacturers to make different kinds of bricks with varying percentages of butt-content.

In any case, once butts are blended in, the brick-firing process can proceed as usual.

And Saving Energy, Too

The plan doesn’t just help with the beautification of sidewalks and streets. The study also concluded the low calorific value — which is to say the amount of energy released upon burning — of the remnant tobacco in cigarette butts means less energy is needed in the overall brick-firing process. They calculated that just adding 1 percent cigarette butts to 2.5 percent of bricks produced would save the amount of energy produced by one million homes in the State of Victoria, Australia, in a year.

A brick made from 1 percent cigarette butts could also save energy in the home. The resulting bricks from the recycled material had a lower thermal conductivity, which could reduce the need for air-conditioning systems.

In order to carry out this plan, the researchers are advocating for stricter anti-littering regulations along with the installation of receptacles throughout cities for cigarette butt recycling, to make for easier collection.

Members of the group have also researched ways to incorporate cigarette butts into asphalt and concrete. Maybe, not too long down the road, cigarette butts will go from being the most common litter on the street to making up the pavement people walk on and bricks in the buildings they live and work in. That would be a beautiful future.