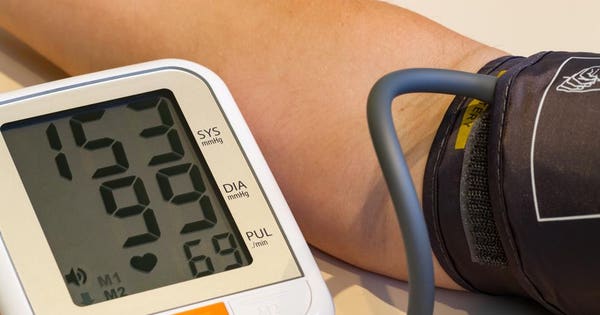 The Gallup organization released its latest poll assessing Americans’ satisfaction with their lives, and it turns out we’re a generally satisfied bunch. Across most life categories, the majority of people said they’re either “very satisfied” or “somewhat satisfied” with big areas of their lives, including “personal health” – this despite hard-to-avoid statistics describing a health picture that’s well short of satisfactory.

This is the second time Gallup has attempted to measure the public’s satisfaction with similar categories, including family life, education, housing, personal health, job, household income, and amount of leisure time. The last time was in 1995, when the survey “found lower levels of satisfaction across most life aspects.” In contrast, the latest survey found, “Majorities ranging from 54% to 57% are very satisfied with their personal health, job, education and the way they spend their leisure time.”

For personal health, the difference correlates closely with income.  The survey found that 45% of respondents making less than $40,000 say they’re very satisfied with their health. For those making up to $99,999, satisfaction jumps to 55%. For those making over $100,000, it jumps yet again to 62%.  That’s a 17% satisfaction spread between the lowest and highest income levels, significantly larger than spreads for other demographics like age and marital status.

Despite differences linked to income, however, most Americans say they are satisfied with their health according to the poll, with only 13% saying they are dissatisfied or neutral.

The question is, how do these levels of subjective satisfaction with our health line up with what other sources are telling us?

Let’s start with a factor that influences several other aspects of health: obesity.  According to the Centers for Disease Control and Prevention (CDC), we’ve seen a steady increase in obesity over the last three decades, with 40% of U.S. adults now qualifying as obese. That’s more than 93 million people.  According to The Lancet, the U.S. has had the highest increase in adult obesity of all developed countries, followed by Australia and the UK.  It would appear we’re feeling more satisfied with our health even as our waistlines continue expanding.

Conditions influenced by obesity are also on the rise, notably type 2 diabetes and stroke. The CDC says about 100 million U.S. adults are now living with diabetes or prediabetes, and most don’t know it. As of 2015, diabetes was the seventh leading cause of death among Americans 18 and older.

The news is equally alarming for increasing rates of stroke. According to JAMA Neurology, stroke hospitalization for people between 35 and 44 jumped 41.5% for men and 30% for women in just 10 years. Most troubling – the prevalence of common stroke risk factors nearly doubled in the same time-frame for people ages 18 to 64, high blood pressure and obesity among them. According to the American Heart Association, roughly 100 million Americans are living with high blood pressure.  Stroke is now the fifth leading cause of death in the U.S. – someone in the U.S. has a stroke every 40 seconds, and someone dies of stroke every four minutes.

The public perception-reality gap is also evident when it comes to diet. The U.S. Department of Disease Prevention and Health Promotion tells us, “About three-fourths of the population has an eating pattern that is low in vegetables, fruits, dairy, and oils.”  Along with that, “Most Americans exceed the recommendations for added sugars, saturated fats, and sodium.”  According to the National Center for Health Statistics, 37% of U.S. adults (around 85 million) “consume fast food on any given day.”

Also worth mentioning, Americans are taking more medications than ever before – according to Consumer Reports, 55% of us are taking at least one prescription medication, four pills on average.

When you line all of this up, it’s clear there’s a significant disconnect between perceived “satisfaction” with personal health and behaviors that are actually influencing our health. This could be due to just good old fashioned denial, or perhaps lack of knowledge, although that’s hard to believe considering how well-publicized all of these statistics are, among many more.

Or maybe the problem is with the word itself, “satisfaction,” which implies that we may be OK with where we are despite our choices and behaviors (looking on the “sunny side” has self-affirming  benefits). Plus, taking medications to keep problems like high cholesterol and blood pressure in check could feed a sense of complacency that feels something like satisfaction.

Of course, there are also a number of ways in which health has improved. Medical care continues improving, saving more lives from killers like heart disease and cancer each year, and medical research is revealing new findings that are supporting better health outcomes across a range of diseases and disorders. News about these advances influence our perceptions, and in part that may translate into greater “satisfaction” with health.

Whatever the combination of reasons, the gap between subjective perception and the statistical realities should spark some reflection. Imagine how much more satisfied, and legitimately healthier, we’d be if our choices and behaviors changed the stats on obesity, diet and physical activity. Rather than dwell on denial or ignorance, that kind of change is a better focus for our collective attention.

The poll results are available at the Gallup website.

Advice for thriving amid crisis, from 14 sustainability vets
Take lessons from cancer evolution to the clinic
Anyons bunch together in a 2D conductor – Physics World
Introducing the Zoom interview: tips for job hunting during the coronavirus pandemic
#BeAnAstronaut: Why Did You Want to Be an Astronaut?