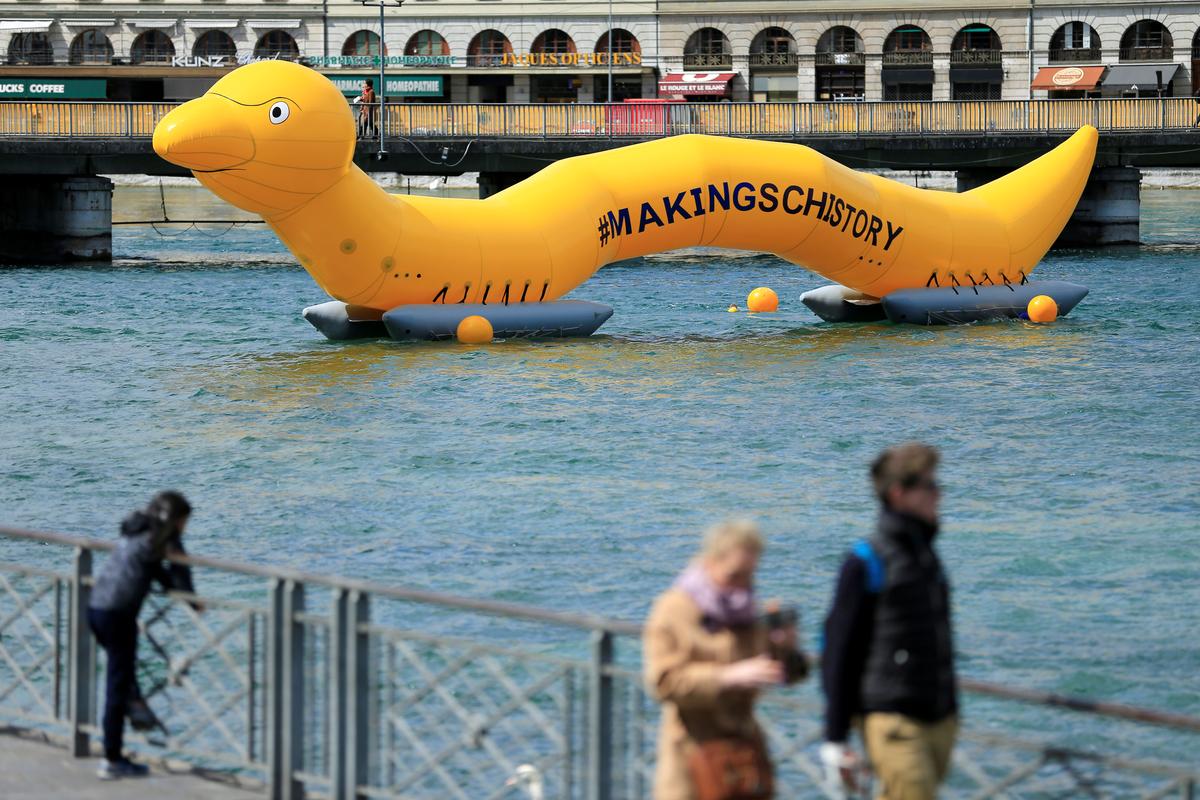 LONDON (Reuters) – The largest study to date of the genetic makeup of parasitic worms has found hundreds of new clues about how they invade the human body, evade its immune system and cause disease.

FILE PHOTO: A giant 25m worm representing the parasitic worm of schistosomiasis, that causes significant suffering and death to thousands of people around the world, is pictured on the Lake Leman on the occasion of the Neglected Tropical Diseases Summit, in Geneva, Switzerland, April 18, 2017. REUTERS/Pierre Albouy/File Photo

The results point to potential de-worming treatments to help fight some of the most neglected tropical diseases – including river blindness, schistosomiasis and hookworm disease – which affect around a billion people worldwide.

“Parasitic worms are some of our oldest foes and have evolved over millions of years to be expert manipulators of the human immune system,” said Makedonka Mitreva of Washington University’s McDonnell Genome Institute, who co-led the work with colleagues from Britain’s Wellcome Sanger Institute and Edinburgh University.

She said the results of this study would lead to both a deeper knowledge of the biology of parasites and a better understanding of how human immune systems can be harnessed or controlled.

Parasitic worm infections can last many years and can cause severe pain, physical disabilities, retarded development in children and social stigma linked to deformity.

Current medicines to combat them – including drugs made by Sanofi, GSK and Johnson & Johnson – can be moderately effective and are often donated by drugmakers or sold at cut-down prices to those who need them. But the spectrum of drugs to treat worm infections is still limited.

To try to improve the potential drug pipeline and to understand how worms invade and take up residence inside humans and other animals, the research team compared the genomes of 81 species of roundworms and flatworms, including 45 that had never previously had their genomes sequenced.

The analysis found almost a million new genes that had not been seen before, belonging to thousands of new gene families, and identified many new potential drug targets and drugs.

“We focussed our search by looking at existing drugs for human illnesses,” said the Sanger Institute’s Avril Coghlan, who worked on the team. She said this offered a possible fast-track route “to pinpointing existing drugs that could be repurposed for deworming”.

The study’s findings were published in the journal Nature Genetics on Monday.