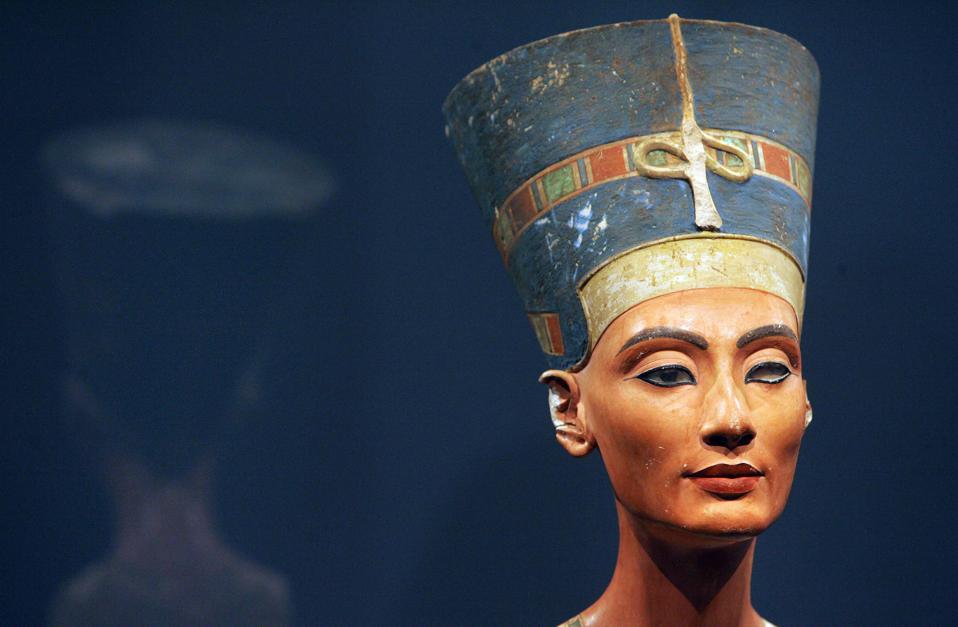 The Valley of the Kings is a valley in Egypt where, for a period of nearly 500 years from the 16th to 11th century BCE, rock-cut tombs were excavated for the pharaohs and powerful nobles of the New Kingdom. In 1922, British archaeologist Howard Carter was searching here for the tomb of Tutankhamen, a relatively minor pharaoh who ruled over Egypt from 1332 to 1323 BCE. On November 4, 1922, a boy accidentally stumbled on a stone that turned out to be the top of a flight of steps cut into the bedrock. One month later, Carter entered the pharaoh’s tomb.

Asked if he could see anything in the darkness of the burial chamber, to which Carter responded “yes, wonderful things.”

Tutankhamon died unexpectedly aged just 19, and archaeologists long suspected that the tomb wasn’t built primarily for him, but was a collective tomb used by his family.

In 2015, egyptologist Nicholas Reeves noted on high-resolution images of the tomb’s interior some straight lines and cracks in the painted walls of Tutankhamun’s burial chamber, which he suggested could indicate the presence of hidden doorways to hidden chambers beyond. He speculated that the tomb could host the mortal – and lost – remains of Queen Nefertiti, among the wives of Tutankhamun’s father, and celebrated for her beauty as shown in the famous 3,300-year-old bust.

Using Ground Penetrating Radar (or GPR), Japanese researcher Hirokatsu Watanable found two anomalies in the bedrock behind the tomb walls, interpreted as cavities filled with metallic and organic objects. However, a similar survey done by American geophysicist Dean Goodman in March 2016 didn’t confirm the previous anomalies. Goodman excluded the presence of any anomalies or cavities in the solid bedrock.

In 2018, a third survey, this time by an Italian research team, found no evidence of marked discontinuities due to the passage from natural rock to artificial blocking walls in the tomb, concluding that there are no hidden chambers immediately adjacent to the tomb of Tutankhamun. However, the study couldn’t exclude larger chambers or passages in the broader area around the tomb.

The mosr recent survey, done in 2019, mapped not only the inner burial chamber, but also a wider area around the tomb. The team combined three different geophysical survey methods to get a three-dimensional map of the bedrock. Magnetometry and electrical resistivity imaging measure the bedrock’s magnetic and electric properties, with voids appearing as missing data, and GPR sends electric signals into the underground, reflected by pockets of air or disturbed soil layers.

Surprisingly enough, the team noted just one anomaly, however quite large, with almost 6 feet height and 30 feet length, running parallel to the tomb’s entrance gallery. However, electromagnetic interference by modern ventilation equipment, used to blow air into the tomb and so make it accessible to tourists, prevents to follow the alleged gallery any further.

Only an archaeological dig could give us certainty at this point. Leading Egyptian archaeologists remain skeptical of the claims. Already in the past, they noted, geophysical surveys showed voids where none were found during later archaeological excavations. Natural occurring discontinuous in the bedrock, like joints or mineral veins, can result in “ghost signals” resembling artificial structures.