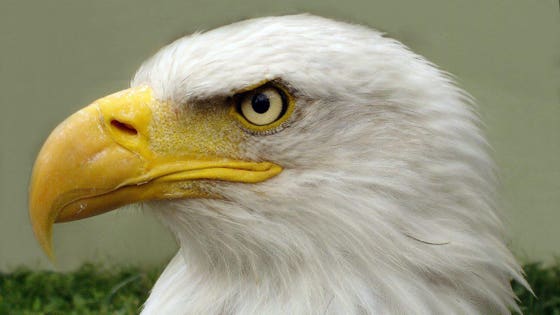 Let’s use today to begin the rest of our lives devoted to saving lions and tigers and bears … and other endangered wildlife, large and small

WikiPedant via a Creative Commons license

I believe that the time has come where if we don’t get animals into people’s hearts, they’re going to go extinct. We’re running out of time right now, Larry, right now as we stand here.”

National Wildlife Day was established in the memory of Steve Irwin, an Australian television personality, zookeeper and conservationist who hosted the popular television series, The Crocodile Hunter. Mr Irwin used his program to highlight many of the conservation issues that he was passionate about. Tragically, wildlife lost its most visible and vocal friend when Mr Irwin died suddenly at the age of 44 after being stung by a stingray whilst filming a documentary in 2006.

Since Mr Irwin’s untimely death, many scientists agree that Earth is experiencing its sixth mass extinction event, thanks to people: what we buy, how we eat, what we do, what we throw away and how we live are all having serious deleterious impacts upon the creatures that share this planet with us. It’s the first mass extinction event that is the direct result of a single species rather than one or more natural events or phenomena.

Globally, wildlife populations have significantly and dramatically declined since 1970, according to the World Wildlife Fund’s most recent biennial Living Planet Report, released in 2018 (PDF). Thus, this year’s National Wildlife Day focuses specifically on endangered species and the conservation efforts designed to preserve and protect them.

Like people, wildlife relies on a stable habitat, whether it is in the forest, grasslands, desert, watersheds or the ocean, or within residential areas or even in our cities. As a result, it is our moral responsibility to get educated and learn how to conduct our daily lives in a thoughtful way so we can reduce our impact on the wildlife that lives all around us.

What can we do to help wildlife?

Young or old or somewhere in-between, there are plenty of opportunities for you to engage, educate and participate in National Wildlife Day, and to use this as your inspiration and springboard to adopt a new way to live (rather like New Year’s resolutions). There are many changes you can make in your personal life that help, from incorporating meat-free days to going Vegan, reducing your plastic consumption by not using plastic bags, straws or plastic-wrapped produce, only using recyclable bottles and cans — and then recycling them, of course! — riding your bike or walking instead of driving to work or to the store, adding a pollinator garden to your landscaping, deck or window sill, keeping your cats indoors and properly disposing of their litterbox poops to avoid spreading diseases to wildlife, and most important of all, writing and calling your congresscritters and other elected officials, demanding that they institute wildlife-friendly changes in your community and country.

Globally, millions of people will join you by attending seminars and participating in educational programs designed to educate and inspire the public about how we all can help conserve wildlife. These seminars and educational programs are offered by local zoos, wildlife sanctuaries, parks, natural history museums and other public organizations. Documentaries and podcasts are also available that can be streamed online.

As a bird guide, I highly recommend going on a birding or wildlife walk in your community or at a national park or wildlife refuge. Not only is this a great way to learn more about the creatures that live near you, but you will meet new friends who share your passions and goals.

I’m also a big fan of wildlife rehabilitation centers and sanctuaries because they are a grass-roots effort to help wildlife that live in our own back yards. Because they are often completely dependent upon local good will, you are encouraged to donate desperately-needed funds to these organizations or your time and compassion by volunteering.

Maybe you enjoy photography? Now is an excellent time to share your photographs of wildlife on twitter and instagram. Be sure to tag your images with #NationalWildlifeDay, so they will be seen by potentially hundreds of thousands of like-minded people around the world. Who knows? Maybe you have snapped that one special photograph that inspires someone else out there to make wildlife-friendly changes in their life. (Here’s my favorite National Wildlife Day image this year.)

You are also invited to visit the National Wildlife Federation to learn more.

Because Steve Irwin was the inspiration for National Wildlife Day, let me leave you with this comment from him:

“My job, my mission, the reason I’ve been put onto this planet, is to save wildlife. And I thank you for comin’ with me.”