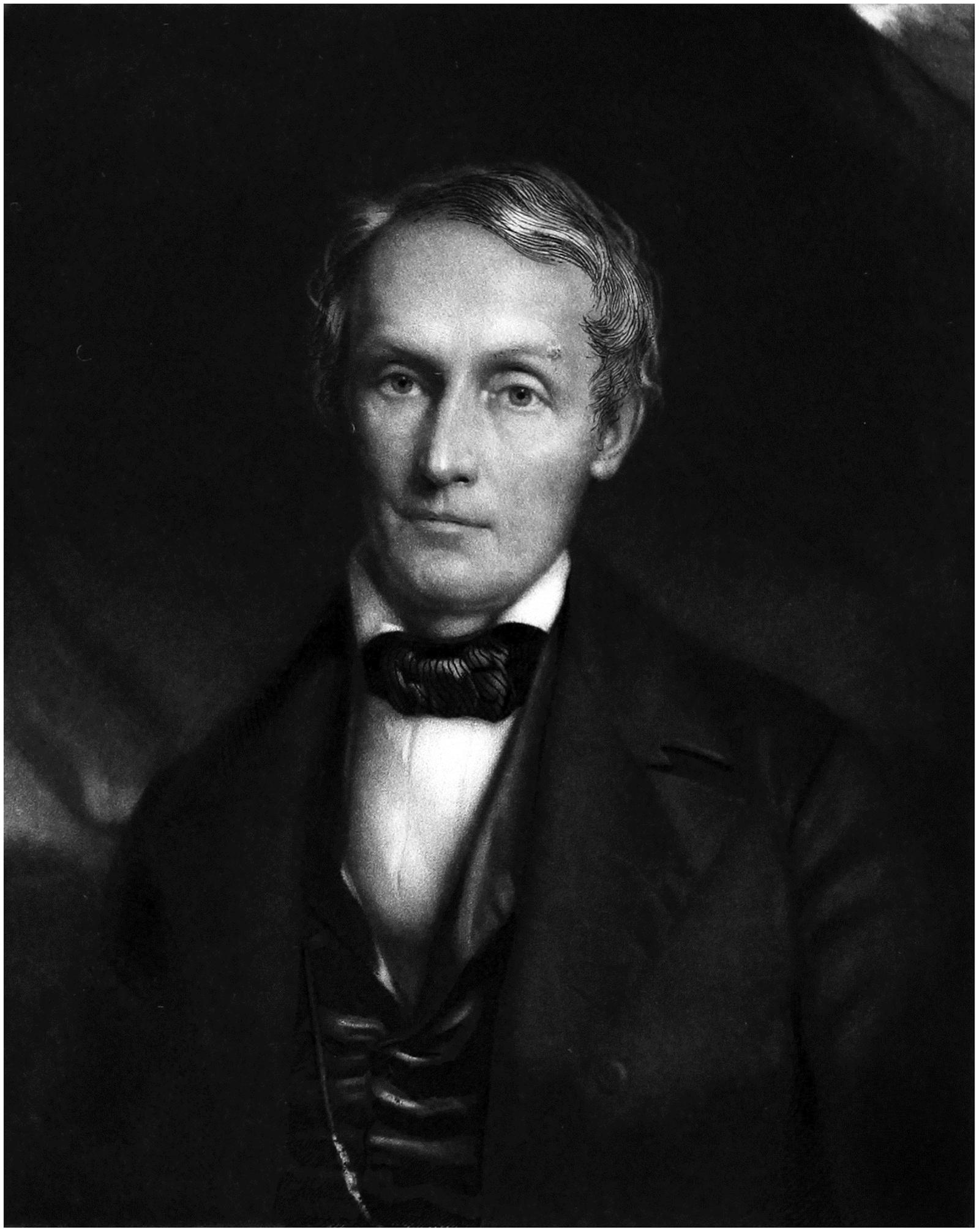 Following years of protests by students and activists, the University of Pennsylvania Museum of Archaeology and Anthropology is finally atoning for a racist sin.

The Penn Museum, as it is commonly known, apologized this week for its “unethical possession” of human remains in the Samuel G. Morton Cranial Collection, some 1,300 human skulls that were used in the 19th century to promote white supremacism. A plan was announced for the repatriation or reburial of more than 50 skulls belonging to former slaves from both Cuba and the United States—some from Philadelphia, where the museum is located.

The collection’s inclusion of slave remains was revealed in 2019 by the Penn & Slavery Project, an ongoing student research investigation into the university’s connection to slavery and scientific racism.

“It is time for these individuals to be returned to their ancestral communities, wherever possible, as a step toward atonement and repair for the racist and colonial practices that were integral to the formation of these collections,” said the museum’s new director, Dr. Christopher Woods, in a statement. “We will also reassess our practices of collecting, stewarding, displaying, and researching human remains.”

Samuel G. Morton may not be a household name in 2021, but he was renowned among 19th-century anthropologists. The Philadelphia craniologist, Penn Medical College professor and officer at the Academy of Natural Sciences of Philadelphia (ANSP) became world famous for promoting polygenism — the theory that mankind could be divided into five distinct races, each with a separate origin.

In the first half of the 1800s, as debates over slavery were intensifying in the United States, Morton espoused the notion that some races were innately superior to others, and that this could be proven scientifically. He used his ANSP connections around the world to amass a collection of nearly 1,000 human skulls, which he diligently numbered, measured and logged into notebooks. At the time, it was roundly accepted that a larger brain correlated to higher intelligence. Morton’s research produced a ranking that was utterly expected to both himself and many of his contemporaries: Whites were at the top, Blacks at the bottom, and everyone else fell somewhere in between.

Morton’s 1839 magnum opus, Crania Americana, was published complete with 78 illustrations of human skulls, some bearing bullet holes. Of Caucasians, he wrote, “The face is small in proportion to the head, of an oval form, with well-proportioned features. . . . This race is distinguished for the facility with which it attains the highest intellectual endowments.” Morton’s view of Native Americans was that “the structure of his mind appears to be different from that of the white man.” And of Africans, he noted, “They appear to be fond of warlike enterprises, and are not deficient in personal courage; but, once overcome, they yield to their destiny, and accommodate themselves with amazing facility to every change of circumstance.”

Unsurprisingly, Morton was celebrated in antebellum pro-slavery circles. After his death in 1851, the Charleston Medical Journal wrote, “We can only say that we of the South should consider him as our benefactor, for aiding most materially in giving to the negro his true position as an inferior race.”

“Morton’s research is junk,” says Paul Wolff Mitchell, a sixth year graduate student pursuing a PhD in anthropology at the University of Pennsylvania. For starters, the skull collector was focused on a subject’s race yet disregarded other factors such as age, sex, health and body size—all of which could influence cranium size.

Also, while Morton was willing to accept skulls from donors near and far, he often simply took their word for a specimen’s origin without any further due diligence. “Obviously, today none of this would pass muster as science, either in terms of the analysis or the ‘sourcing,’” adds Mitchell. “But it was also the norm for the time.”

Mitchell has worked on the Penn & Slavery Project and knows the Morton Collection better than nearly anyone. For a paper published in 2018 in PLoS Biology, he analyzed Morton’s previously unseen handwritten notes and concluded that, while Morton’s measurements were accurate, his racial bias influenced his findings. Mitchell drew a contrast between Morton and a contemporary German anatomist named Friedrich Tiedemann, whose research measuring the human brain size among different racial groups produced nearly equivalent results. Yet Tiedemann viewed the data differently, noticing that the ranges of brain size significantly overlap for all humans. Tiedemann concluded there was no noticeable anatomical differences in the brains of people from different races, and advocated against enslaving African people.

Until very recently, the Penn Museum was inclined to whitewash Morton and his research. “Although few visitors to the museum would know this, the Samuel George Morton cranial collection at the University of Pennsylvania Museum of Archaeology and Anthropology is one of the most famous collections of human skulls in the entire world,” begins a 2008 article published in Expedition, the museum’s members magazine. The article described Morton as “a Philadelphian who actively participated in the vibrant medical and scientific community that spanned the Atlantic Ocean in the early 19th century” with a “genial personality and stature as a member of the Academy of Natural Sciences.”

Since the Penn Museum first acquired the Morton Collection in 1966, the skulls have been on public view in a classroom. “Up until recently, it was probably the most used collection in the museum in terms of teaching, which is remarkable,” Mitchell says.

One undergraduate was so disturbed by the presence of the skulls that she wrote an op-ed in the university’s student newspaper, The Daily Pennsylvanian, last June. “But who, precisely, makes up this collection?” wrote rising sophomore Gabriela Alvarado. “I say ‘who’ because it shouldn’t be forgotten that these crania are human beings. Many were brutally exploited by colonialism when they were alive, and now they rest in a predominantly white institution. A person’s right to decide where they rest after death is not only a fundamental human right, but it is our agency.”

Soon after Alvarado’s piece was published, the entire Morton Collection was moved to storage, where it has remained since. The museum confirmed that research access to the skulls has been suspended.

In February of this year, Mitchell authored yet another disturbing report revealing that the Morton Collection contains the remains of 14 Black Philadelphians, some of whom were almost certainly born enslaved. “We’re talking about the 1830s and ’40s when the collection was assembled,” he says. “And we know from independent sources from that time that the percentage of Black Philadelphians who were born into slavery was somewhere between a third and a half.”

Most egregiously, the skulls were robbed from graves right across the street from the Penn Museum. “Their graves are underneath what is now the athletic stadium,” Mitchell explains. “And those graves were never exhumed when the athletic stadium was built. So, you know, these bodies were across the street from the museum, while their heads were on a shelf.”

An apology is just the first step toward accepting responsibility, and the museum is prepared for a long haul when it comes to repatriation. “We anticipate there will be requests from other groups,” says a spokesperson. “We are building a permanent NAGPRA-based infrastructure to consider not only the Cuban individuals but further repatriation requests,” referring to the Native American Graves Protection and Repatriation Act, a 1990 federal law that requires the repatriation of remains belonging to Indian Tribes and Native Hawaiians.

The Penn Museum is also adding a new faculty position to handle such requests. In aggregate, the initiative “represents a very substantial financial commitment on the museum’s and the university’s part” and, according to the spokesperson, “we are in the process of establishing budgetary and other needs, and have begun exploring options to resource the process.”

“There is no ‘one size fits all’ approach to handling repatriation and reburial in any circumstance,” says Dr. Woods. “Each case is unique and deserves its own consideration. This is incredibly sensitive work. And while we all desire to see the remains of these individuals reunited with their ancestral communities as quickly as possible, it is essential not to rush but to proceed with the utmost care and diligence. As we confront a legacy of racism and colonialism, it is our moral imperative to do so.”