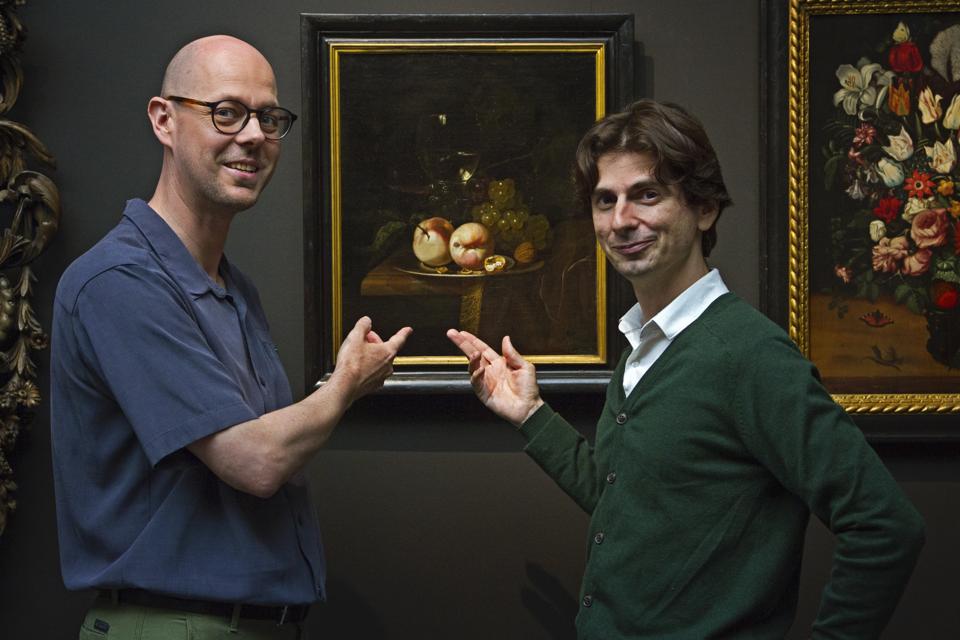 Plant biologist Ive De Smet was appreciating a painting when his friend and traveling companion, David Vergauwen, asked him if he could identify the fruit in the artwork. De Smet wasn’t sure, so he joked that maybe it was just a bad painter. But Vergauwen, an art historian, pointed out that the artist was one of the best from the 17th century – so how the artist depicted the fruit was probably what it looked like at the time.

That moment planted a seed in the two friends’ minds that would grow into a new way to piece together the history of the fruits and vegetables that we eat today. They call it “#ArtGenetics”. In a Trends in Plant Science paper published on July 14, the duo explains what it is, the pros and cons of this method, and what it can tell us about plant history.

There are three main ways to investigate how thorny, seedy plants became the plump, delicious varieties found in modern supermarkets. First, scientists can sequence the DNA from artifacts like pots, plates or cutlery to see if they can find any ancient food residue. That gives scientists an understanding of how ancient plants may have responded to drought stress or what modern fruits they are related to. But it doesn’t tell us much about how these ancestral plants looked or tasted.

“We may have some of the genetic code for certain ancient plants, but often not well-preserved samples, so looking at art can help put these species on a time map and track down their evolution,” De Smet, a plant biologist at the VIB-UGent Center for Plant Systems Biology in Belgium, said in a press release.

Cookbooks or other pieces of literature that mention ancient foods tell us a bit about the use and flavor profile of ancient foods. But these ancient writers were writing recipes, so they don’t include detailed scientific descriptions. Then there’s the problem of linguistics, which raises questions about what these people actually meant by the words they used to describe foods.

To flesh out the picture, De Smet and Vergauwen suggest that the way ancient artists depicted these foods shows what they probably looked like at the time. “Worldwide artistic collections… [are] the world’s largest historical database of almost any fruit, vegetable, legume, grain, nut, and seed that was ever consumed,” they write in the paper.

This database isn’t infallible, though. “For example, if you were interested in determining how a certain fruit or vegetable looked, and you used Picasso as a reference, you might get the wrong impression of its appearance,” Vergauwen, a Belgian art historian, said in a press release.

Picasso’s 1931 painting “Pitcher and Bowl of Fruit” would definitely lead to some wonky conclusions, he says. Even paintings from the Old Masters, who are often lauded for their realism, can be misleading. The shape, color, and texture of the strawberries is correct in Hieronymus Bosch’s painting, “The Garden of Earthly Delights”, but the size is way off.

For these reasons, the authors caution that it’s important to have an art historian who understands the context of the artwork and can discern whether the piece is reliable in its depiction. De Smet and Vergauwen also highlight in their paper that evidence from artwork, literature, and genetics should all point to the same explanation for how a fruit or vegetable evolved.

For example, archaeologists unearthed a watermelon leaf buried in an Egyptian pharaoh’s tomb. When they sequenced its DNA, they discovered that the Egyptians were cultivating watermelons similar to modern ones 3,500 years ago. Ancient Egyptian depictions of watermelons also showed the iconic light and dark green stripes of today’s watermelons. Taken together, the evidence indicates that people in Egypt had domesticated watermelons thousands of years ago.

The watermelon example sows the seeds for how scientists could use the art genetics approach in conjunction with literature and ancient DNA. And as more researchers dig into the evolution of plants through art, our understanding of plant history is likely to grow.

GK Launch Services offering lunar smallsat rideshare opportunity
This Plastic Bag Turns Into Fertilizer (Or You Could Eat It)
Rocket Lab blames Electron launch failure on electrical problem
The majestic valleys of Mars may not have been carved by rivers after all
Coronavirus in pets, French research strategy and a duplication detector