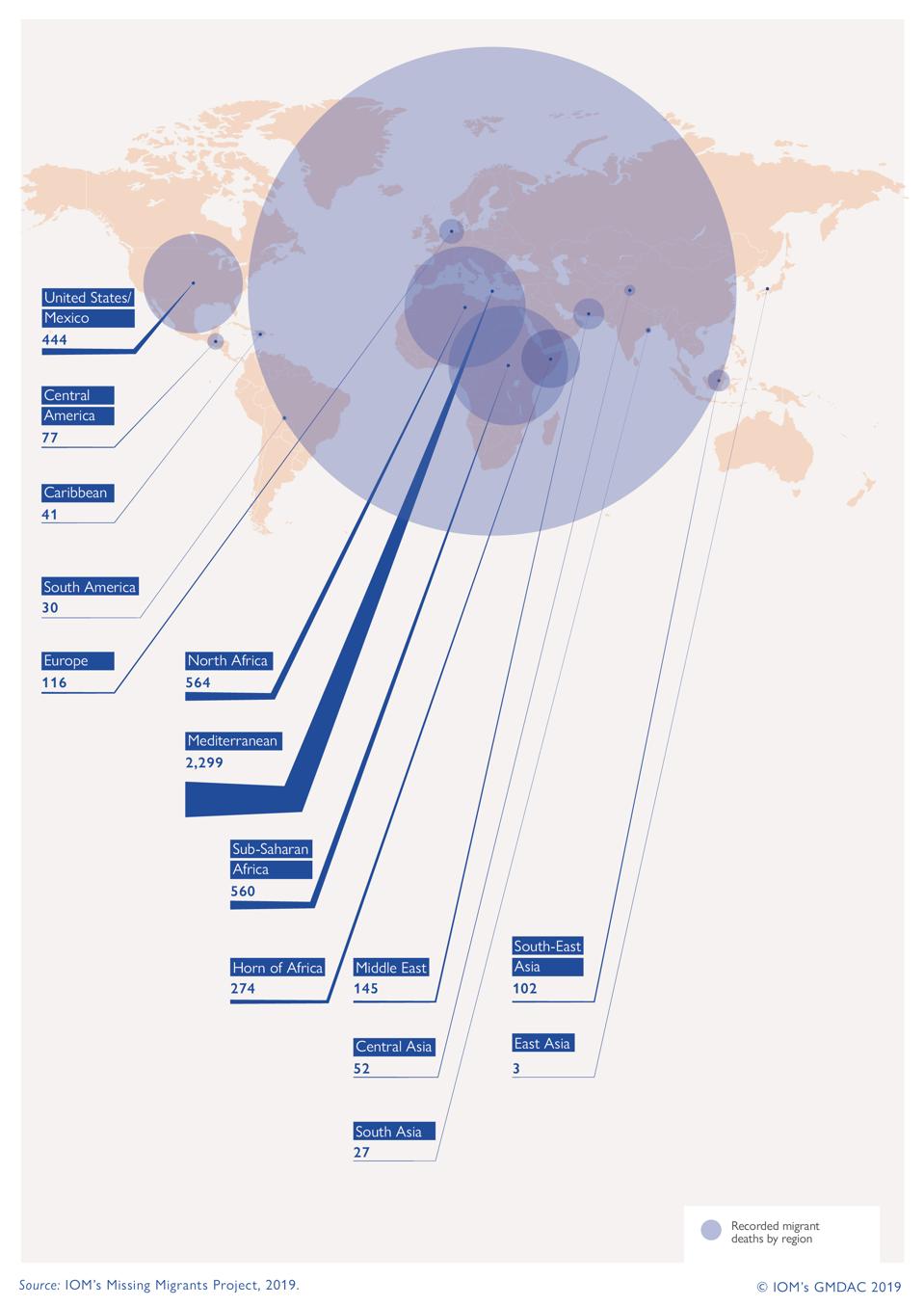 Migrating without papers can be dangerous. In the last five years, around 19,000 people have died while attempting to reach Europe – almost all of them on the Mediterranean Sea crossing. According to the Missing Migrants Project of the International Organization for Migration (IOM), migrants’ deaths in Europe in 2019 have been mainly caused by suffocation, drowning, and vehicle accidents.

The latest tragedy to capture headlines has been the deaths of 39 Vietnamese people in a refrigerated truck. They were found on October 23 in an industrial estate in Essex, near London. The authorities are still determining the cause of death, and the driver of the truck has been charged with manslaughter and other crimes.

It’s hard to imagine the last moments of the people confined to a truck, likely close to their destination. But research on the experiences of Vietnamese people who are smuggled or trafficked into the UK does provide some information on these journeys and why they’re undertaken.

As of 2007, at least 20,000 undocumented Vietnamese people were estimated to be living in England and Wales. In the UK, as in the rest of Europe, irregular Vietnamese migrants often work in nail bars, cannabis cultivation, or the sex industry. While media attention often focuses on women and girls working in the sex industry, most vulnerable Vietnamese migrants are male. Between 2009 and 2018, the UK’s National Referral Mechanism identified 3,187 Vietnamese people as potential victims of trafficking.

A long passage, as the trip between Vietnam and the UK often is, can involve elements of both – especially if people are deceived about their destination, their expected work, their likely earnings, and their rights. And some trafficked Vietnamese people don’t consider themselves victims.

According to the report Precarious Journeys: Mapping Vulnerabilities of Victims of Trafficking from Vietnam to Europe, law enforcement frequently assumes that vulnerable migration represents smuggling rather than trafficking. This means that the migrants, even children, are treated as criminals, which only adds to their vulnerability and distrust in the authorities. As reported by Precarious Journeys, which was prepared by Anti-Slavery International, child rights organization ECPAT UK, and the anti-trafficking Pacific Links Foundation, “Many victims are being arrested for crimes they are compelled to commit.”

The long journey to the UK

Undocumented migrants hoping to reach the UK from Vietnam often head to Russia on a recycled passport. They might travel across Europe on foot, in cars or trucks, or on planes. Increasingly, some are flying into Europe via South America. A common journey spans Russia, Latvia, Lithuania, Poland, Germany, and France, where a migrant might hide in a truck parked near the harbor or pay to travel in a hidden compartment within a truck.

The complex nature of this journey means that authorities in transit countries often leave the issue to the destination country, typically the UK. Yet trips through Europe aren’t always direct. Some Vietnamese migrants spend periods working in transit countries to pay off debts or obtain more money for the next leg of the passage. And as exploitation can occur all along the journey, it isn’t helpful to ignore the exploitation until migrants reach the UK.

Costs are high, generally between $10,000 for a journey involving walking and $50,000 for a journey involving flying. The enormity of this expense means that many Vietnamese migrants and their families end up in illegal debt bondage to pay off the smugglers. This can be difficult when smugglers deliberately misinform would-be migrants about how much they can expect to earn in the UK, and whether they’ll be able to study.

According to Precarious Journeys: “A typical form of deceit involves individuals being promised they will earn £1,500 GBP per month working in a Vietnamese-owned nail salon in London, with their monthly living expenses capped at £500 GBP. A common belief is that one can work for two years in the UK to pay off the debt owed for their journey. £1,000-£1,500 GBP far exceeds the annual income for some in Vietnam.” Victims of trafficking may not receive any payment.

Le Minh Tuan is the father of 30-year-old Le Van Ha, believed to be among the dead in the Essex truck. “He’s left us with a huge debt,” Le Minh Tuan told the BBC. “I don’t know when we can ever pay it back. I’m an old man now, my health is poor, and I have to help bring up his children.” The deaths in Essex will continue to affect multiple generations.

Legalizing marijuana would help to avert the exploitation of Vietnamese migrants growing cannabis. Improving information about the hazards of the journey, and realistic expectations about economic prospects in the UK, would also help.

So would more humane migration policies. There’s a clear link between aggressive anti-migration policy and increasingly desperate and dangerous methods of evading these controls.

The hardship is compounded for people who have been trafficked. Anti-Slavery International, ECPAT UK, and the Pacific Links Foundation call for more victim-centered approaches that don’t automatically criminalize vulnerable migrants. In general, according to a victim support organization cited in Precarious Journeys, “victims from UK are among the most traumatised that they work with. The charity cited the stressful experience of the UK legal systems as a cause of this trauma.”

Sourdough tips from Fermilab, anti-5G USB stick does nothing, tracing a message in a bottle – Physics World
Offshore wind project near Virginia Beach to use giant turbines with 108-meter blades
Daily briefing: Balls of moss move in herds across glaciers and scientists don’t know why
How lost lizards and Hurricane Irma are helping me get through coronavirus restrictions
NASA’s isolation experts: Lockdown lessons from space