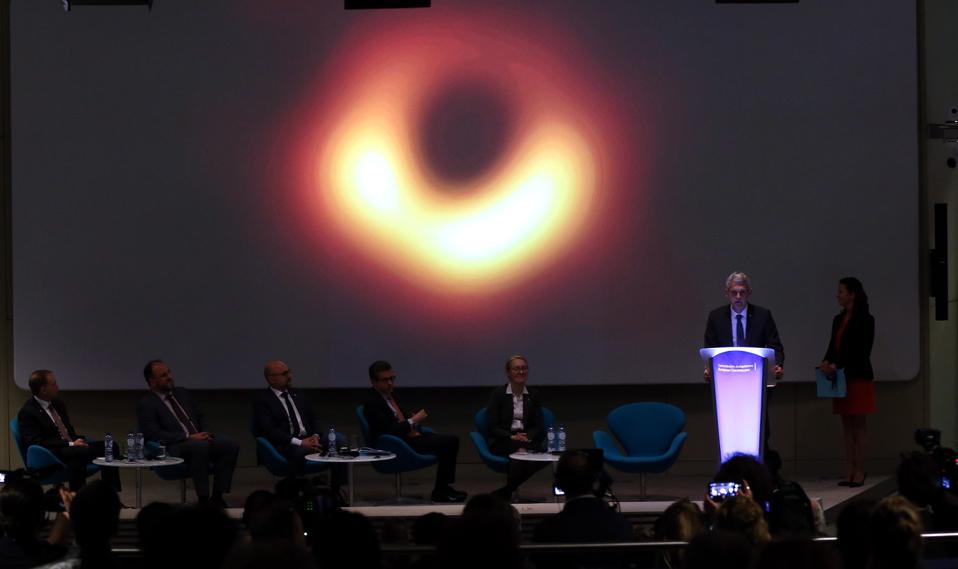 There’s a lot we still don’t know about black holes. Since black holes swallow all light, astronomers cannot observe them using traditional telescopes, which rely on light, x-ray, or other forms of electromagnetic (EM) radiation. Only in spring 2019 were scientists finally able to capture an image of a black hole’s silhouette, in an effort requiring coordination between an international network of radio telescopes called the Event Horizon Telescope (EHT).

If we want to learn more about black hole physics, a method for larger-scale data collection is required. So what is the best way to observe these elusive objects?

Given that a key feature of black holes is their gravitational pull, most methods of detection have historically relied on observing the forces these holes exert on nearby cosmic objects. Observations of erratic movements, such as celestial bodies that seem to orbit nothing, or the existence of accretion disks formed by a black hole’s ingestion of surrounding stars can betray a black hole’s location. These forms of observation all rely on EM radiation to provide distinct but complementary pieces of information about the Universe.

More recently, scientists have begun observing the Universe using gravitational waves, which are “ripples” in space-time caused by the Universe’s most violent and high energy processes. Gravitational waves are completely separate from EM radiation and interact weakly with matter, giving them the advantage of traveling through the Universe nearly unimpeded. First discussed by Oliver Heaviside in 1893 using the analogy between the inverse-square law in gravitation and electricity, gravitational waves were further pursued by Einstein in his 1915 publication on the general theory of relativity. Einstein theorized that massive accelerating objects, such as neutron stars or black holes orbiting each other, would disrupt space-time to create ripples similar to those created by a stone recently tossed into a pond. These ripples travel at the speed of light through the Universe, serving as a messenger for these cosmic events.

In 2016, the Laser Interferometer Gravitational-Wave Observatory (LIGO) made history when it announced that on September 14, 2015, it had detected a signal from two ~30 solar mass black holes merging about 1.3 billion light years away from Earth. The signals detected by LIGO, which are captured using an experimental setup of lasers and mirrors designed to sense any small disturbances in space-time, have provided the first piece of definitive proof that binary black holes exist. LIGO’s ability to sense high-frequency gravitational waves also allows it to observe very large black holes, such as those more than 1 million times the size of the Sun. These large black holes are classified as “supermassive” by astronomers.

For events with a lower energy signature, a planned European Space Agency (ESA) mission called the Laser Interferometer Space Antenna (LISA) will obtain gravitational-wave data through in-space data collection. Whereas LIGO’s frequency range is approximately 10 Hz to 1,000 Hz, LISA’s intended range of operation is 0.1 mHz to 1 Hz. This lower frequency band will allow LISA to measure events that are unobservable from Earth such as the early inspiral of stellar-mass black holes (defined as black holes that are smaller than supermassive black holes, but that are still roughly 5 to 50 times the size of our Sun), whereas LIGO observations of these objects are limited to higher-energy events such as binary mergers. LISA is currently scheduled to launch in 2034, and would be the first ever space-based gravitational wave detector.

For many years, scientists hypothesized that no black holes sized between the stellar and supermassive classes existed, as such objects had never been observed. However, recent EM radiation data, such as images obtained from NASA’s Chandra X-ray Observatory, suggest that intermediate mass black holes (IMBH) are indeed present in our Universe. Though several research teams have attempted to claim discovery of the first IMBH, none of these claims have been backed by definitive observational evidence, leading to mixed acceptance of IMBH existence among the scientific community.

A new study led by Karan Jani, a 2017 Forbes 30 Under 30 Honoree, seeks to change this using a method called multiband gravitational-wave astronomy. By combining data from the LIGO detectors and the LISA space mission, Jani and his colleagues from Vanderbilt University, Georgia Institute of Technology, and NASA’s Jet Propulsion Laboratory plan to detect the inspiral, merger, and ring-down of IMBH binaries. In synthesizing these data, the team will not only uncover proof of IMBH existence, but will also pave the way for future work on IMBH observations.

Towards this end, Jani and his team have created a roadmap for capturing 4- to 10-year snapshots of IMBH activity to help humans understand what happens in and around black holes. The full publication, titled “Detectability of intermediate-mass black holes in multiband gravitational wave astronomy,” (K. Jani, D. Shoemaker and C. Cutler) is available today through Nature Astronomy.

Jani, a self-proclaimed “black hole hunter,” was part of the LIGO team that first detected gravitational wave signals from black holes in 2015. Still a graduate student during his initial work with LIGO, Jani has since completed his doctorate in astrophysics at the Georgia Institute of Technology. In August 2019, he joined Vanderbilt University as a GRAVITY Postdoctoral Fellow.

“Since even before the LIGO result, I have thought it was very clear that the best thing to see was IMBHs,” Jani told Forbes in an interview. “Why are they so rare? Understanding more about these unusual occurrences will help us understand more about the universe. The more we understand about the universe, the more we can answer the big existential questions about life, like why humans are here.”