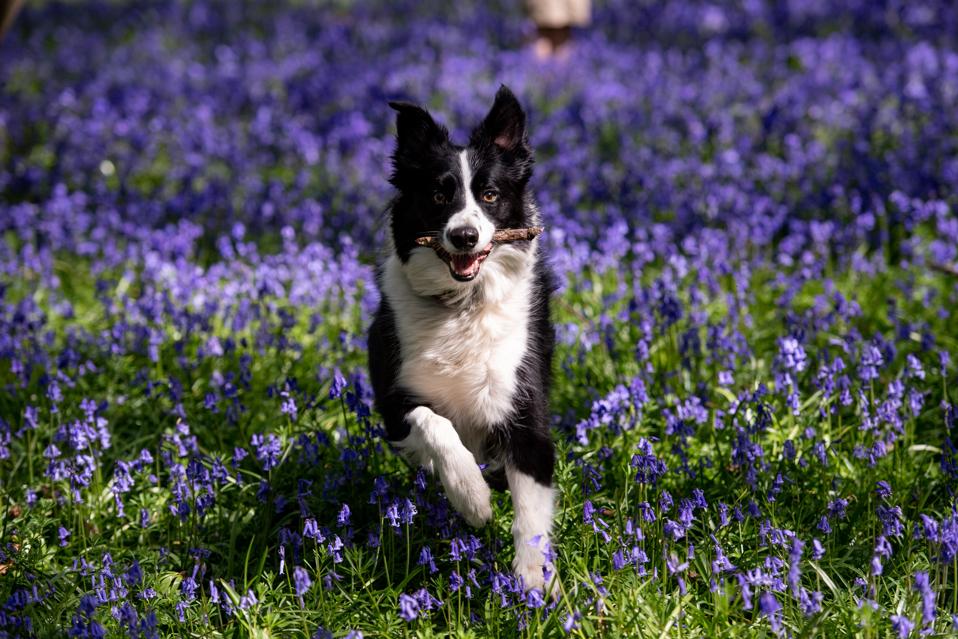 Looking to get a playful new puppy? New research from scientists at Stockholm University might help.

Researchers analyzed the behavior of 89,352 dogs from 132 breeds and produced a ranking for which types of dogs are the most playful. The scientists found that hunting and herding dogs are more playful, while toy dogs like chihuahuas are less playful. Their results are published in Biology Letters.

The above chart shows playful behavior broken down by dog type. People can find out which category their dogs fall into on the American Kennel Club website.

Evolutionary biologist Niclas Kolm, the first author on the study, said play behavior seems to be linked with the function humans wanted when breeding the dogs. Dogs that work closely with humans seem to be more playful.

“It’s maybe easier to train a dog when they are very keen on playing with you,” he said.

Kolm and his team were able to analyze so many dogs’ behavior because the Swedish Kennel Club has been testing purebred dogs on a Dog Mentality Assessment (DMA) since 1989. This study used data taken from 1997-2013.

During the DMA, a dog’s owner starts by playing with their dog with a toy. The owner then tosses the toy to a test administrator. The two humans toss the toy back and forth for a bit before letting the dog have it. The toy is then taken away from the dog and the test administrator attempts to play tug-of-war with the dog. Dogs are rated on their interest in the toy and how quickly they start playing.

Kolm said different toys are used for dogs of different sizes during the test.

The researchers also mapped out the dog breeds on a genetic tree to try and estimate the play behavior of the last common ancestors of the modern breeds. They determined that the early breed was moderately playful. The paper says this supports other work that suggests human-directed play behavior was an important trait during dog domestication.

Kolm wasn’t sure why toy dogs seem to be less playful. It might be that playing too much with a small animal can injure it. It is possible that people put less emphasis on training small dogs, but it is also possible they are harder to train because they are less playful, he said.

The results of the paper probably won’t be enough to turn little-dog owners off of their favorite breeds, but they might provide some insight for dog-lovers everywhere.

Netflix loses the battle, but it’s still on target to win Wall Street’s war
iPhone price wars are back as carriers compete for 5G customers
Scientists uncover gorgeous 2,000-year-old etching of a giant cat in Nazca desert
A dead end on the way to the sky
Trump and Biden are using campaign apps to gather mounds of voter data