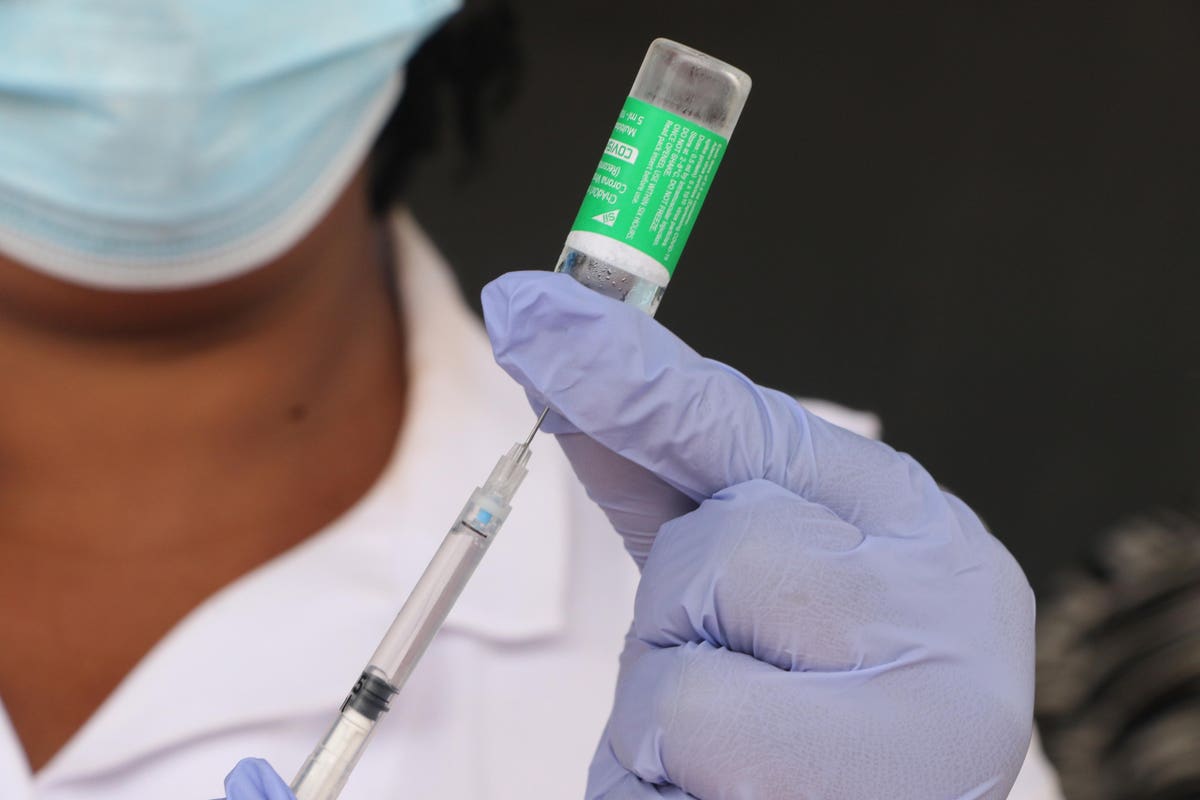 This week marked a first in the U.S. Covid-19 pandemic — a new variant of the virus, the B.1.1.7 variant originally discovered in the U.K., officially became dominant in the U.S. It is about 50% more transmissible than the original SARS-CoV-2 virus, and is rapidly spreading in children. B.1.1.7 is the first “variant of concern” to become the most common circulating version of the coronavirus in the U.S., and it’s already the source of the majority of cases in states experiencing Covid-19 surges, including Michigan. It’s not alone, either: several other variants are worrying healthcare experts and forcing vaccine manufacturers to switch up their game plans.

At the beginning of the pandemic scientists were unsure if the SARS-CoV-2 virus would mutate quickly. “The initial understanding of coronaviruses is that they are relatively stable,” says Daniel Griffin, a physician and researcher at Columbia University, “and it turns out we were wrong.”

Scientists have recorded dozens of new variants to the original virus — though not all of them pose a threat to how public health officials and biotech companies respond to the ongoing pandemic. The most dangerous have been designated by the CDC as “Variants of Concern. There are so far five in this category:  B.1.1.7; B.1.351 (initially discovered in South Africa); P.1 (initially identified in Brazil); and B.1.427/B.1.429 (two similar variants that were recently discovered in California).

All the current vaccines that have been granted Emergency Use Authorization from the FDA were designed with the original SARS-CoV-2 virus in mind. They all still offer some level of protection against the Variants of Concern, but now pharmaceutical companies are adjusting their strategy to ensure the end of the pandemic.

“We are in discussions with regulators concerning a modified mRNA sequence to potentially address variants,” a Pfizer spokesperson told Forbes, “but there are no actual clinical studies underway right now.”

The good news is that most of the vaccines that have either been authorized by the FDA or are expected to be authorized in the coming months show a “general efficacy, similar to wildtype, for the B.1.1.7 variant,” says Esther Krofah, the executive director of FasterCures at the Milken Institute.  Preliminary research has shown that the Pfizer-BioNTech, Moderna, AstraZeneca and Novavax vaccines all prevent hospitalizations and deaths against the more transmissible B.1.1.7 variant, though that efficacy is slightly reduced for mild and asymptomatic infections.

The P.1 variant in Brazil has driven a new surge of cases and hospitalizations, and also showed some indication that it was reinfecting people who’d had other variants of the disease, which caused initial worries among researchers about vaccine effectiveness. The good news here is that according to new research, many of the  vaccines, including the Pfizer-BioNTech vaccine and the Johnson & Johnson vaccine, provoke an immune response against this strain in lab studies, though data from real world outcomes is still pending.

Perhaps the most concerning variant is B.1.351, the variant first discovered in South Africa and now the dominant variant in that region. Not only is it, like the B.1.1.7 virus, about 50% more transmissible than the original Covid-19 virus, but it seems to be the variant causing the most trouble for vaccines. The Pfizer-BioNTech, Johnson & Johnson, Moderna and Novavax vaccine are all less effective against this variant — though they still prevent severe disease, hospitalization and death. The already-controversial AstraZeneca vaccine, however, is only about 10% effective against it.

Why the big difference? “Two of the mutations of the South Africa variant are just where the main antibody response is,” says Stanley Perlman, a microbiologist at the University of Iowa,. “The U.K. strain doesn’t have that.”

Less is known about how well viruses stack up against the B1.427/429 variants of the disease. The CDC only labeled them variants of concern last month, but recent data shows that they already comprise about 14% of total Covid-19 cases in the U.S. and are about 20% more transmissible than the original Covid-19 virus. A study released last week, which has not yet been peer reviewed, suggests these variants may have “immune escape” properties similar to those of B.1.351. And the Federal government has pulled the distribution of Lilly’s antibody treatment bamlanivimab in at least three states, unless it’s paired with an antibody cocktail, due to its diminished performance against these variants.

Vaccine companies are taking several approaches to developing vaccines that can fight off the variants of concern. Some companies, like Moderna, have tweaked the mRNA in their original vaccine formula to be more effective against specific variants. In February, the company announced that it had shipped a version of its vaccine specifically created to fight the B.1.351 variant to the National Institutes of Health for testing. Pfizer and BioNTech, who co-developed the other authorized mRNA vaccine have also said that they are thinking about testing variant-specific versions of the vaccine. “We are in discussions with regulators concerning a modified mRNA sequence to potentially address variants,” a Pfizer spokesperson told Forbes, “but there are no actual clinical studies underway right now.”

Another tactic: companies are looking at whether a booster shot might help increase immunity, leaving people less susceptible to variants. Johnson & Johnson, which currently has a single-dose vaccine authorized by the FDA, is still testing a two-dose regimen. Pfizer and BioNTech, meanwhile, are looking at whether a third injection of the vaccine spaced 6-12 months after the first two shots might help protect against variants.

Though companies that  haven’t gotten a vaccine authorization might seem even further behind their competitors, Krofah says these companies actually have an advantage when it comes to variants. “They’re testing in locations where these variants already are present, like in Brazil,” she says, unlike the early mRNA vaccines that were mostly tested in populations where the original SARS-CoV-2 virus was dominant.

The most important thing governments and companies can do now, says Griffin, is to ensure that vaccines are widely accessible, both at home and abroad, before an even more dangerous variant turns up. Once vaccinated, people are much less likely to transmit Covid-19 and give it an opportunity to mutate. “The more we allow the virus to replicate all over the world, the more at risk we are for variants that are not defeated by our current vaccines,” he says. “Even if it’s only for selfish reasons, we really need to make sure the entire world has access to vaccines.”