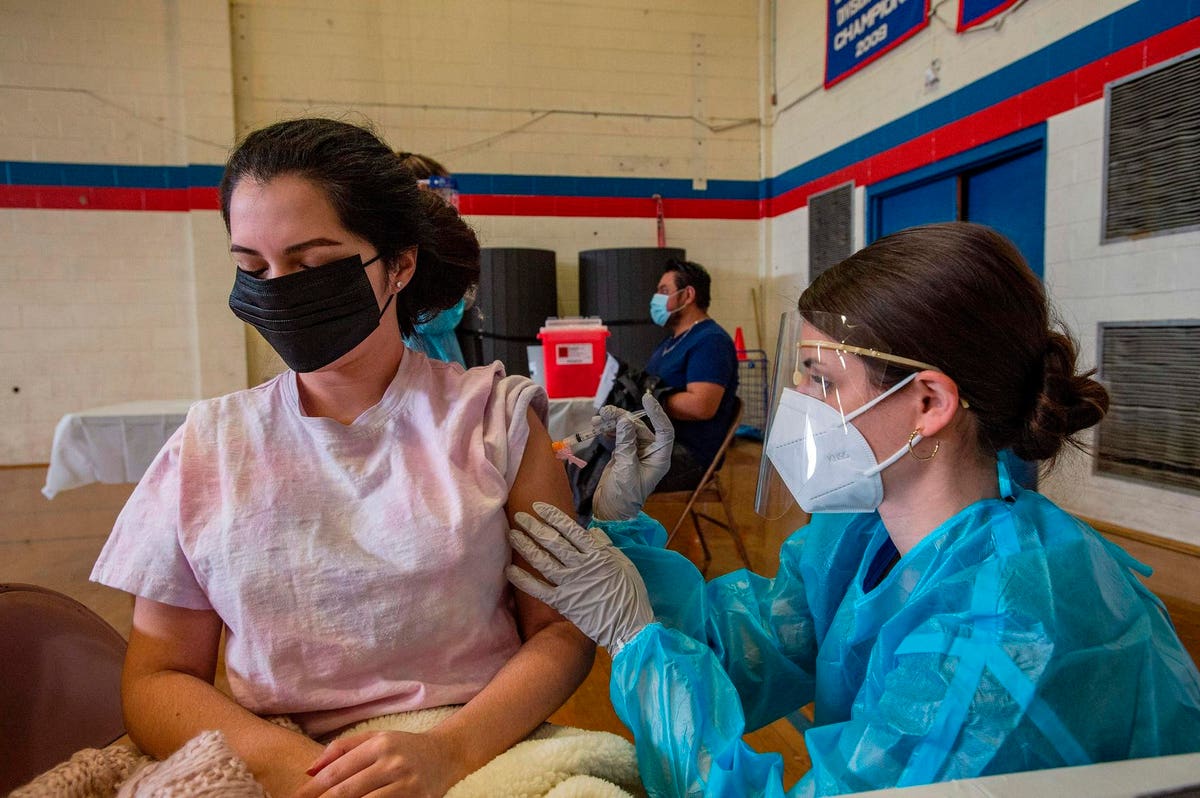 Sure, the more contagious Delta variant has now become the Covid-19 coronavirus “alpha dog” in the United States. But that doesn’t necessarily mean that the currently available Covid-19 vaccines are no longer effective, as some have claimed. No, the vaccines have not become obsolete and gone the way of MP3 players and furry boots. Quite the contrary. Take a look at a study just published this past Friday in the Centers for Disease Control and Prevention (CDC) Morbidity and Mortality Weekly Report (MMWR) and the following tweet from the CDC about results from this study:

How did the study come up with these numbers? Magic? Intuition? A gut feeling? A deep conversation with a pillow? Well, the research team used real data, you know that thing that you are supposed to have before you make statements about Covid-19 vaccines? They looked at reported Covid-19 cases, hospitalizations, and deaths from April 4 to July 17 suffered by adults 18 years and older across 13 U.S. jurisdictions. These jurisdictions included Alabama, Arizona, Colorado, Indiana, Los Angeles County (California), Louisiana, Maryland, Minnesota, New Mexico, New York City (New York), North Carolina, Seattle/King County (Washington), and Utah. So it was a fairly broad sample.

Now, the beginning of this time period was not the same as the end. Something happened on June 20 besides Global Orgasm Day. That was around the time that the Delta variant transitioned from “it’s going to become dominant, it’s going to become dominant” to actually becoming the Don Draper of the severe acute respiratory syndrome coronavirus 2 (SARS-CoV-2) in the U.S. That was the first time labs around the country began finding the Delta variant in over 50% of all Covid-19 coronavirus samples that were being sequenced.

Therefore, the research team divided the approximately three month period into two periods: April 4 to June 19, which we’ll refer to as the “pre-Delta house” period here, and June 20 to July 17, which we’ll call the “Delta house” or Delta dominant period. From April 4 to July 17, the Delta variant, otherwise known as B.1.617.2, spread like the saying “YOLO,” going from constituting less than 1% of all sequenced samples to a whopping 90%. During that same stretch, the percentage of fully vaccinated people did increase from a “that’s still way too low” 19% to a “that’s better but still far from good enough” 54%.

During the “pre-Delta House” period, only 5% of all reported Covid-19 cases, 7% of hospitalizations, and 8% of deaths were among fully vaccinated people. The 5% is pretty close to what would have been expected (6%) with a 90% vaccine efficacy and the 37% vaccination coverage that was reported for this period. Once Delta became dominant, though, these three percentages crept up to 18%, 14%, and 16%, respectively. The 18% was higher than what would have been expected with 90% vaccine effectiveness and 53% vaccination coverage. Instead, it’s closer to what would have been expected for vaccines with 80% effectiveness. This suggests that the vaccine was less effective against the Delta variant compared to previous versions of the Covid-19 coronavirus.

So, crunching all of the numbers revealed that during the pre-”Delta house” period, those not fully vaccinated were 11.1 times as likely as fully vaccinated people to have a reported Covid-19 infection, 13.3 times as likely to have been hospitalized, and 16.6 times as likely to have died. All of these numbers did drop during the “Delta house” period, down to around the numbers tweeted out by the CDC: 4.6, 10.4, and 11.3. Again, while these numbers show that Covid-19 vaccine effectiveness may be lower against the Delta variant, they are still pretty darn good.

Of course, this study did have its limitations. It could only show correlations and associations rather than direct cause-and-effect. For example, it’s possible that those fully vaccinated were doing other things at the same time to make them less likely to catch the Covid-19 coronavirus such as practicing other Covid-19 precautions like social distancing and face mask wearing. Additionally, it’s not completely clear whether the drop in protection was due to the Delta variant becoming predominant or vaccine-induced immunity waning over time.

Nevertheless, the results from this study do reinforce say several things. First, it remains a good idea to get the Covid-19 vaccine. Don’t listen to those on social media claiming that the vaccine doesn’t work against the Delta variant. Just because you don’t have your best suit or dress available for an interview doesn’t mean you should show up naked. Similarly, some drop in protection levels doesn’t mean that you should throw the baby out with the bathwater, which, by the way, would be a horrible thing to do and yet another reason why your bathtub drain should be smaller than a baby.

Secondly, try to maintain other Covid-19 precautions such as social distancing and face mask use indoors, even after you are fully vaccinated. As I have written before for Forbes, the Covid-19 vaccines are not like full-body concrete condoms. While they offer very good protection against Covid-19, this protection is not 100% and appears to have dropped even further coinciding with the spread of the Delta variant.

Thirdly, the Delta variant doesn’t appear to be an escape variant. An escape variant is not a virus that engages in fantasy cosplay but instead would be a variant that has mutated to the point that it can really avoid the protection offered by the vaccine. The emergence of an escape variant might necessitate a new vaccine, one focused on a new version of the spike protein. However, this CDC MMWR study is further indication that this has not happened yet.

This isn’t the first study to show that the Covid-19 vaccines still offer protection against the Delta variant. Back on August 24, I covered for Forbes another study published in the CDC MMWR that found vaccine effectiveness to have dropped from 91% to 66% after the Delta variant had become widespread. Again, while vaccine effectiveness may have dropped, 80% or 66% is still greater than 50%, which is still much greater than 0%. Just because the Delta variant is now widespread, doesn’t mean that you shouldn’t get vaccinated, unless the idea of getting sick with Covid-19, hospitalized, and dying somehow appeals to you.

The fight to manufacture COVID vaccines in lower-income countries
Large-scale study shows the Moon exerts a powerful influence on how we sleep
Space sustainability makes slow progress at the United Nations
Space Force backs development of commercial orbital debris removal systems
Mysterious stone spheres discovered in ancient tomb, but what were they for?