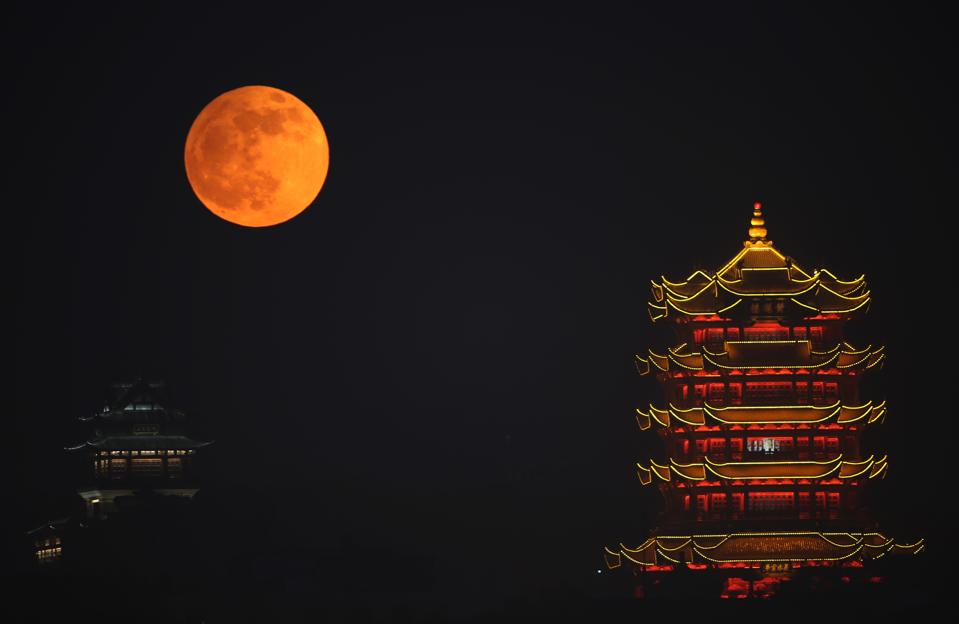 Will you see the full “Snow Moon?” Simultaneously celebrated by different cultures as the final full Moon of winter and the first in the Lunar New Year, the “Snow Moon” will be full on Saturday, February 27, 2021.

Here’s everything you need to know about when to watch the rise of the full “Snow Moon.”

When is the full ‘Snow Moon?’

The Moon will be full at 08:17 Universal Time on Saturday, February 27, 2021 while in the constellation of Leo. However, our satellite’s point of 100% illumination is definitely not the best time to see it.

When to see the full ‘Snow Moon’

Want to see the “Snow Moon” when it’s at its brightest? You don’t want to do that—it will be too bright to look at, and appear small in the sky. Instead, aim to watch it at moonrise on the date of the full Moon. That’s the rule of thumb, but for this month it’s a little more complicated.

What we’re after is a time when the gap between sunset and moonrise is the shortest. That way we can watch the full “Snow Moon” appear on the eastern horizon while there’s still some light left. That’s the “wow” moment.

However, this month in North America that means a different full Moon-viewing time for the east and west coasts.

However, in Los Angeles, it will be best to watch the previous evening, when on Friday, February 26, 2021 the moon rises at 5:21 p.m. and the sun sets at 5:46 p.m. Since the rising full Moon takes a good 10-15 minutes to become visible after the “official” time of moonrise, Friday is better than Saturday, February 27, when the moon rises over an hour after sunset.

See the moonrise and moonset times for your location.

How to see the full ‘Snow Moon’ from home

“Get outside and look up” is not great advice.

Firstly, you need to observe from somewhere that has a good view low to the eastern horizon (use the compass app on a smartphone to determine where east is). An east-facing third floor window is good—somewhere with some height and a lack of obstructions.

Secondly, you need to be patient—the full Moon will rise if the skies are clear, but it will take a little longer to appear than you might expect.

Why to watch the ‘Snow Moon’ at moonrise

When the full Moon is high in the sky it’s a bright white—and really too bright to look at. However, as the Moon rises in the east its glare is dulled because its light is coming to your eyes through a lot of the Earth’s atmosphere.

Why the ‘Snow Moon’ at moonrise will look orange

The physics is much like a sunset, with the longer wavelength colored light—towards the red end of the spectrum—hitting fewer particles in the atmosphere and thus getting to your eyes.

Consequently, as it appears on the eastern horizon at dusk it looks a delicate orange, before turning a pale yellow as it rises higher in the sky. This muted, orange-yellow period lasts for about 20 minutes after moonrise. After that the full Moon has risen high in the sky and has become too bright to observe comfortably.

When is the next full Moon?

We just got unprecedented new images of supermassive black hole M87*
Bitcoin hits new all-time high above $62,000 ahead of Coinbase debut
Analysis of My Tesla Financial Model on GitHub
DoD space agency: Cyber attacks, not missiles, are the most worrisome threat to satellites
Selling Renewable Energy… to Your Team