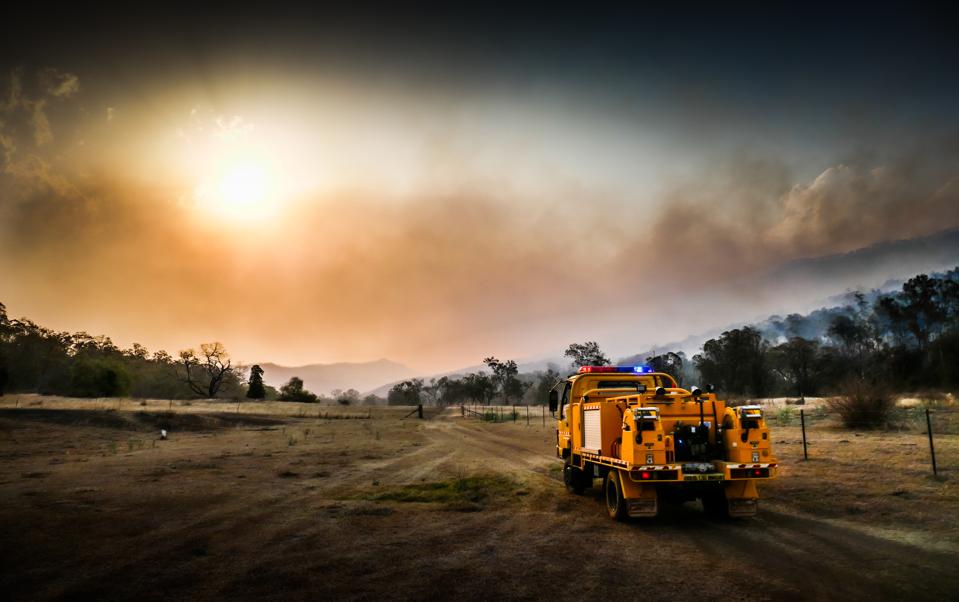 Bushfires in Australia are raging on, marking the 5th month of relentless burning. Photos of singed koala feet and charred noses are perhaps the most heartbreaking. But everyone’s favorite furry, eucalyptus-nibbling, not-really-bears-but-actually-marsupials are only one of hundreds of species that have been plunged into desperation. With the staggering death toll of over 1 billion animals so far, according to an estimate by University of Sydney professor Chris Dickman, the damage to ecosystems is overwhelming. At this point research and data on these effects is limited and the situation is so dire that Australians are scrambling to preserve their homes, ecosystems and inhabitants. For a country entirely surrounded by water, the question remains: what do these fires mean for the ocean?

The funny thing about the natural world is that nothing happens in isolation. While the fires are ripping across the continent, the marine resources and ecosystems of Australia will surely be affected as well. The root cause of the destruction is not up for debate in scientific communities. Climate change is hard to visualize, and it can be an overwhelming explanation, but nevertheless it is the explanation. What it really comes down to is the fact that Australia is experiencing both its hottest and driest year on record. Unsurprisingly, when the earth heats up, so does the ocean.

Climate change impacts the ocean in several ways. Namely increased sea level (and subsequent flooding), increased ocean temperatures, and increased ocean acidity. The ocean is a huge carbon sink, meaning it absorbs much of the carbon dioxide (about one third) produced by burning fossil fuels, deforestation, land use changes and cement manufacturing (among other things). Another big source of carbon in the atmosphere is…you guessed it, wildfires.

As fires burn, they release carbon dioxide (CO2) as a product of combustion. All that carbon dioxide has to go somewhere, and the ocean acts much like a sponge. Pulling in the CO2 which then reacts with water to create an acid that makes the ocean water more acidic. Animals that create calcium carbonate skeletons and shells, such as corals and shellfish, are not particularly fond of this acid bath. Acidification makes these skeletons and shells thin, brittle and utterly breakable.

Australia has long been admired for its astounding marine biodiversity, with many species only found in the region and nowhere else in the world. Many of these species are also commercially important. In 2015, Australia’s seafood production totaled 246,100 tonnes. For a country so heavily dependent on fisheries, this is bad news for Australian seafood products such as oysters, crustaceans, abalone and scallops which rely on their calcium-derived shells to protect them. Emerging research out of New South Wales may point to a solution. This research finds that targeted breeding of farmed oysters may be able to create strains that are better able to cope with acidifying conditions.

Another study is examining how ash from wildfires impacts marine ecosystems. Heavy metals and other materials found in buildings and cars are finding their way into the ocean via ash, potentially affecting phytoplankton which in turn affect the rest of the marine food web. Research on this particular topic is emerging and not easy to come by, however recent devastating fires in California, and now Australia, are prompting more scientists to look into the question. With climate change constantly keeping us on our toes, we can only hope that scientific breakthroughs can keep up.