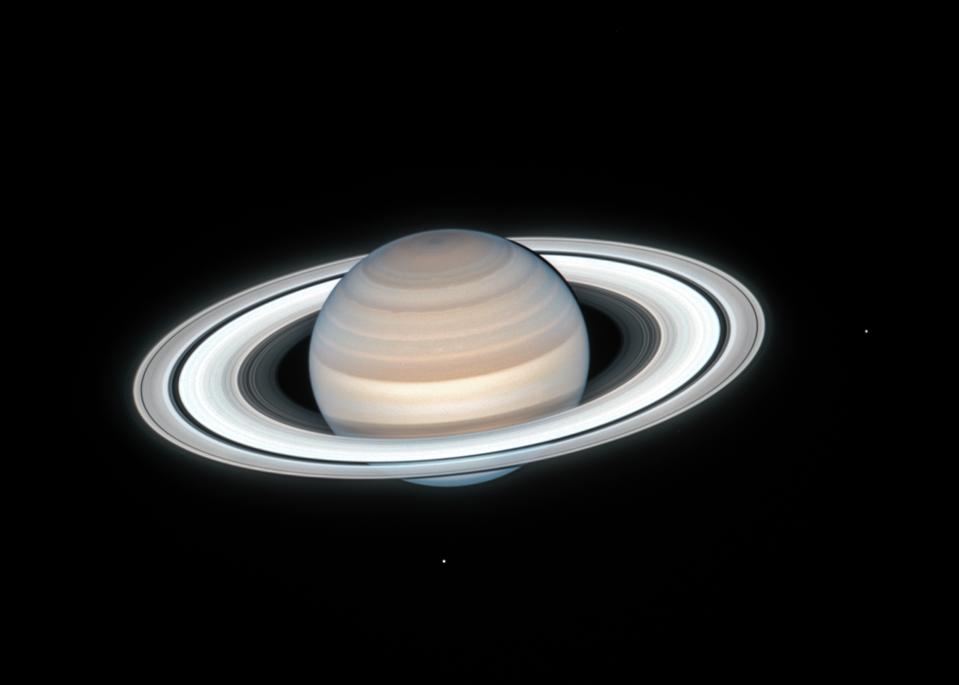 Right now, in Earth’s skies, Saturn appears at its biggest and brightest.

Just look to the southeastern skies (from the northern hemisphere), slightly east of bright Jupiter.

With Earth between the Sun and Saturn, it’s poised for spectacular viewing.

But the true star of Saturn is its main rings, now tilted for excellent views.

Every 15 years, the rings cycle from edge-on to maximum tilt and back again.

With no current Saturn orbiters, NASA’s Hubble provides our best views from afar.

The rings are 99.9% water ice, and are comparable in total mass to Saturn’s 7th largest moon: Mimas.

The evidence possibly points to their origin arising from a recently destroyed moon.

Back when trilobites dominated the Earth, Saturn may not have had any rings at all.

Until another Saturn-bound mission launches, telescopes like Hubble will provide our sharpest views.