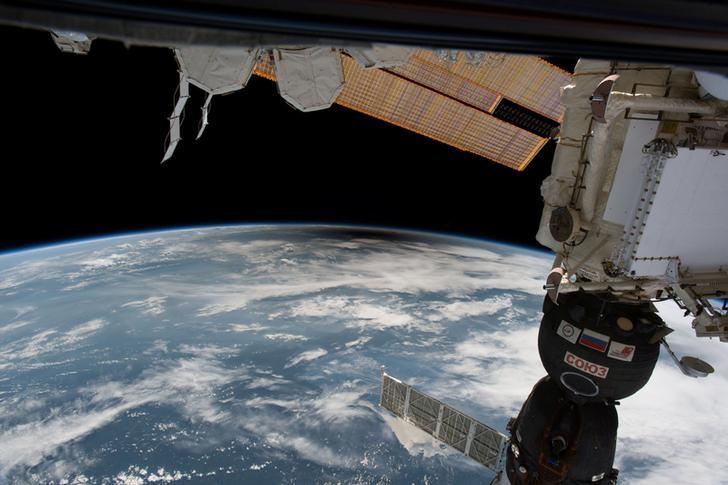 MOSCOW (Reuters) – The crew aboard the International Space Station (ISS) has enough fuel, oxygen, water, and food to last at least six months, Vladimir Solovyov, flight director of the Russian segment of the ISS, was cited as saying by Russian news agencies on Sunday.

FILE PHOTO: The umbra, the moon’s shadow, over the United States from space is seen from the International Space Station from outer space, August 21, 2017 in this social media image. Courtesy @Space_Station/Intl. Space Station/Handout via REUTERS

Russia has temporarily suspended all manned space launches after two astronauts made a dramatic emergency landing in Kazakhstan on Thursday due to the failure of the Soyuz rocket carrying them to the orbital ISS.

“There are enough reserves on the ISS which provide the living environment. We estimate the reserves are sufficient for half a year, till the summer of next year,” RIA quoted Solovyov as saying.

The three astronauts currently aboard the space station – a German, a Russian and an American – were due to return to Earth in December, but may now be stuck there longer.

The Russian Space Agency said it still planned to go ahead with the next manned flight in December although the plans could change depending on the results of a commission set up to probe the incident. Interfax reported on Saturday, citing a source, that the flight could take place on Nov. 28.

What Happens If A Hurricane Named After A Greek Letter Needs To Be Retired?
Microscopy illuminates charcoal’s sketchy origins
Here’s everything Apple just announced
An idea for solving the plastics crisis
Supporting Business in the Race to Create the World’s Most Sustainable Package