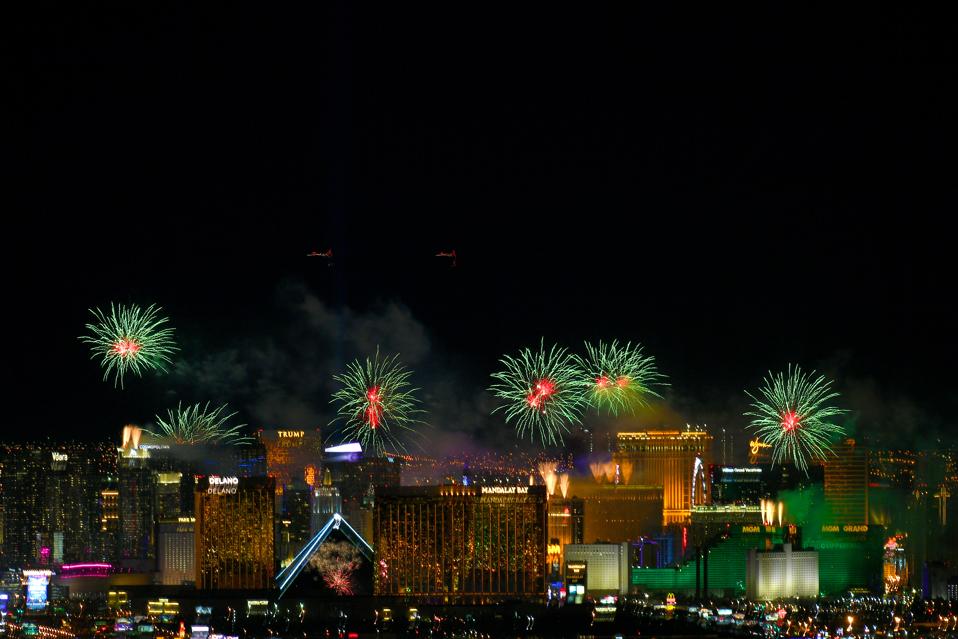 Oh my gosh, OMG, and all the emojis that go with that statement. I have been stunned at the level of debate in social media about whether 2020 is the start of a new decade or the end of the last decade. I am sure this happens every 10 years, but I am noticing it more this year because I turned 50. I am tempted to say,”hey 50 is the end of my forties so there.” However, I love my new age and happily start my new decade of life. However, that’s my human perspective. Herein, I want to deal with the technical aspects of this debate and an interesting little climate “wrinkle.”

Before I get to the climatological perspective, I want to answer the question,”Is 2020 the start of a new decade?” For the answer, I turned to TimeandDate.com, which is one of the most definitive websites on time and date topics. It is a resource that I consult often on an array of topics. Here is what the website says about this debate:

At first glance, it all looks logical and straightforward. Decades—periods of ten years—begin when the year count ticks over from a year ending with 9 to a year ending with 0. For example, New Year’s Day 1980 marked the beginning of the eighties. After all, they are called “the eighties” and not “the eighty-ones,” right?…. Well, it does get a little more complicated when we look at centuries and millennia. Contrary to popular belief, the 21st century and the third millennium did not begin on January 1, 2000, but one year later, on New Year’s Day 2001. This may seem counterintuitive at first, but it is a consequence of a defining feature of our modern anno domini time reckoning system: There was never a year zero, and year 1 BC was followed by year AD 1.

Ok, there is the technical definition. However, there is quite a bit of nuance to this point. It ultimately comes down to how we talk about time spans. In other words, we often characterize decades in terms of year numbers. I have never heard anyone refer to the upcoming decade as the 203rd decade even though that is technically correct according to TimeandDate.com. We’ll probably say the “Twenties.” By the way, I loved the music of the 199th decade. Oh, I meant the “Eighties.”

At the end of the day, I think both framings are correct and TimeandDate.com agrees:

It is factually correct to say that “the 1900s” began on January 1, 1900, just like New Year’s Day 2000 kicked off “the 2000s.” It’s just much more common to call these time spans the 20th and 21st centuries—and they began in 1901 and 2001, respectively….So, in essence, both are correct. You only need to make sure that the year you state as the first year of a decade, century, or millennium matches the term you use to describe it.

I want to add the little climatology wrinkle in to the conversation. My University of Georgia colleague Pam Knox is an agricultural climatologist. Knox is also the former assistant State Climatologist and is a Certified Consulting Meteorologist. She posted in social media recently, “Climatologically, the next decade starts on January 1, 2021…The current set of normals ends on December 31, 2020 and the next covers 1991-2020.”

She is referring to how climatologists set “climate normal” periods. What are those? The NOAA National Centers for Environmental Information website provides a great answer”

Climate Normals are three-decade averages of climatological variables including temperature and precipitation. This product is produced once every 10 years. The 1981–2010 U.S. Climate Normals dataset is the latest release of NCEI’s Climate Normals. This dataset contains daily and monthly Normals of temperature, precipitation, snowfall, heating and cooling degree days, frost/freeze dates, and growing degree days calculated from observations at approximately 9,800 stations operated by NOAA’s National Weather Service.

We used normal periods to evaluate how anomalously wet, dry, cool, or warm a place is relative to its “climate normals.”

There is some concern about this approach because of climate change contamination. Because of such concerns, NOAA is actually computing Supplemental Normals. You can read more about them at this link, but here is a quick summary from the website:

Some of the new calculations are what you might expect: averages over 5-, 10-, 15-, and 20-year periods. We also compute “normal” in two additional ways: the Optimal Climate Normal (OCN) approach and the Hinge Fit approach. We won’t get into the heavy statistical details here, but you can think of the OCN as a “smart” average where the data values tell you how many years to average over. The Hinge Fit is a different animal altogether—in fact, it’s not even an average but a statistical fit through the data values. Generally speaking, the Hinge Fit is relatively sensitive to recent shifts upward or downward versus the 30-year normal, while the OCN reflects the effects of recent shifts more moderately.

As energy stocks tumble, these names have best chance of survival
ProKnow DS; Distribute tasks, centralize knowledge, and harness the power of big data. – Physics World
Gigantic dinosaur footprints are found on the roof of a cave
Mother of invention: the new gadgets dreamt up to fight coronavirus
Tens of thousands of scientists are redeploying to fight coronavirus