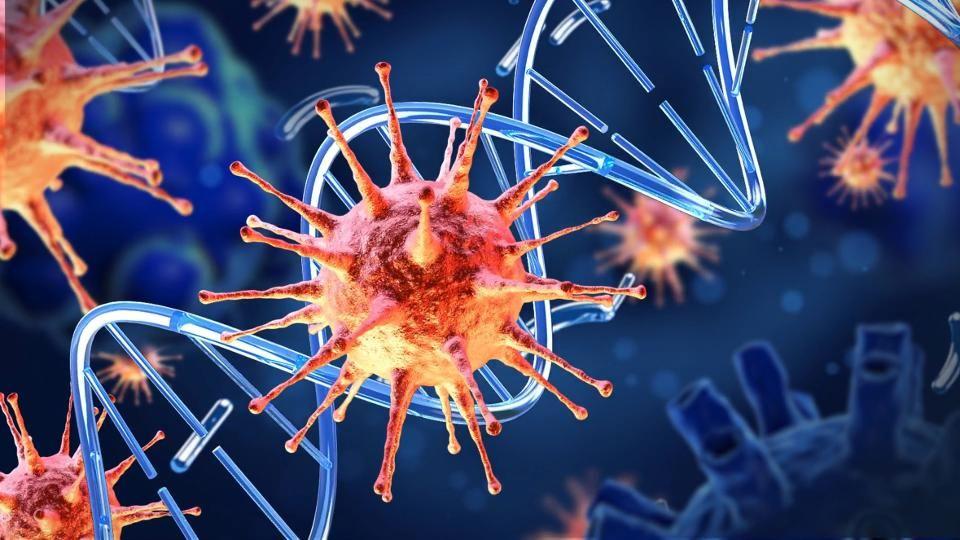 Over the past six months — a full half of a year — the United States has suffered more deaths and illnesses due to the novel coronavirus than any other country in the world. Out of the 28 million confirmed cases of COVID-19 in human beings and 900,000 documented deaths worldwide, more than 20% of them have occurred in the United States. As of September 9, 2020, 6.5 million Americans have tested positive for the disease, and 194,000 have died.

The underlying cause is a small virus, SARS-CoV-2, that’s part of the coronavirus family. It’s airborne; you can catch it simply from breathing in droplets or aerosol particles. It’s also highly contagious, with some people serving as superspreaders: capable of infecting dozens, hundreds, or even more than 1,000 people from a single initial case. With 25,000 to 50,000 new cases per day, hundreds of daily deaths, and autumn (and flu season) approaching, the situation is poised to worsen.

And yet, there’s something we can choose to do: we can fight COVID-19 like a scientist. Even after 6 months, it’s not too late. Here’s what needs to happen.

Right now, there are an enormous number of active COVID-19 cases in the United States: estimated at around 2.5 million, or nearly 1% of the population. We hope that most of these cases have resolved without long-term damage (it’s still too early to know), but many — a significant percentage — are very likely to experience lasting, negative effects. Damage to patient’s respiratory system, circulatory system, and endocrine system have all been reported, with afflictions ranging from mild (like myocarditis) to severe (like organ failure).

Although it’s true that patients who are older, immunocompromised, or possessing other comorbidities are more at-risk of serious illness than other groups, severe cases resulting in long-term damage or even death have occurred among otherwise healthy young adults, teenagers, and even children. Jamain Stephens, a 20 year old college football player, died of complications from COVID-19. With many schools reopening for in-person instruction despite the lack of sufficient precautions, people are right to fear that many other college (and younger) students — athletes and non-athletes alike — will suffer needlessly.

It doesn’t have to be this way, of course. From a very early stage, science has pointed towards the best way to stop the spread of this disease. Although we’ve done a lousy job of following those recommendations in the United States, the scientific evidence has only grown. Despite concerted attempts to downplay the virus — how contagious it is, how dangerous and deadly it is, and how easily it can be transmitted without the proper precautions — the infection rates and death tolls do not lie.

From a public health perspective, there are individual measures we can take to protect ourselves and those we come in contact with. Wearing masks, practicing social distancing, not touching the front (or insides) of our mask, and washing/sanitizing our hands frequently are easy enough for most of us, but without universal compliance, their effectiveness is limited.

Individual interventions will never achieve the same levels of success as a coordinated set of national efforts: the same efforts that have been successful in countries all over the world, from New Zealand to Vietnam to Spain to Italy and more. If we were to give science the reins, here’s how we could defeat this current pandemic in the United States, and return to a “new normal” similarly to most of Europe and much of Asia, even before a safe and effective vaccine is available.

1.) We need a national mask mandate. Sorry to all those with a medical reason why you can’t wear a mask; the fact of the matter is that the risks of both transmitting and acquiring the novel coronavirus skyrocket without a mask. While N95 and surgical masks are (and should be) reserved for hospital settings, both hybrid masks and two-layer cotton masks offer outstanding protection in three vital ways:

While masks, scarves, bandanas and gaiters all vary in quality and effectiveness, any face covering is significantly better than no face covering.

Face shields, though a popular alternative, offer little-to-no protection to the wearer compared to masks.

Contrariwise, masks with built-in valves or vent protect the wearer, but do not protect others. As a rule of thumb, if you cannot blow out a candle while wearing your covering, it’s likely to be effective. Those who wear masks are not only far less likely to infect others, but their COVID-19 infections are much more statistically likely to be mild, rather than serious or worse.

2.) Remain socially distant, and have it enforced. When you leave your house, or come into contact with anyone who doesn’t directly live with you in your household, you should keep a minimum of 6 feet (~2 meters) away from every other person. What constitutes 6 feet?

The reason is simple: the virus is spread by airborne particles that are expelled by respiratory activity. This includes breathing, laughing, singing, talking, shouting, playing musical instruments, coughing, and sneezing, among others. With an effective mask, the viral load launched into the air can be greatly reduced, as can the distance that droplets and aerosols travel. Without a mask, they can easily travel up to 26+ feet. A recent meta-study found that not only were 6 foot (2 meter) distances effective in reducing viral transmission, but that every additional 3 feet (1 meter) reduced transmission and susceptibility even further. Speaking up when someone’s standing too close should be normalized, and leaving enough distance between people for safety’s sake should be mandatory.

When you’re indoors, aerosol particles remain in the air and — if anyone who’s been in that space is infected with SARS-CoV-2 — continue to increase the viral load a person in that space is exposed to. Spaces where eating or drinking occurs (like bars or restaurants), where singing or raised-voice speaking is common (like classrooms or churches), or where strained, heavy breathing occurs (like gyms) only exacerbate this effect.

If we cared about taking public health precautions seriously and reducing infection rates, there would be a moratorium on gathering in-person in spaces such as this until the virus was under control. While the virus isn’t under control right now in the United States, there’s a remarkably simple way to get there.

4.) Enforce a 4-to-6 week “stay at home” plan. This is the enormous step that could lead us to victory over the virus, but that requires national coordination and enormous levels of societal compliance to be successful. The reason the virus has continued to spread throughout the population over the past six months — and will continue to do so as long as the current conditions do not change substantially — is that far too many of us are engaging in non-essential contacts far too frequently.

We can combat that by having a nationwide shelter-in-place order. We can prepare for this by:

The few essential contacts that cannot be eliminated (mostly for healthcare reasons) will ensure that some amount of virus will remain in our population, but shelter-in-place (i.e., stay-at-home) orders are one of the most successful public health interventions a society can take to combat a pandemic such as COVID-19.

5.) Reopen according to science-based guidelines. Even though we’ve been combating the novel coronavirus in the United States for 6 months, we still aren’t following the recommendations of scientists. We don’t have universal contact tracing. We don’t have rapid, widespread, mass testing. Because we don’t know who’s positive and who’s been exposed, we aren’t isolating or quarantining appropriately. That means that asymptomatic carriers, presymptomatic carriers, and people who have active, symptomatic infections are all out in public, with the potential to infect each and every one of us.

If we cared about stopping this pandemic and preventing hundreds of thousands of further deaths, we would engage in all three of these interventions:

Where infections start to rise, a local stay-at-home order could squash an outbreak with this information before it spreads to other communities.

These five interventions, taken together, could in principle take us from tens of thousands of new cases per day to merely hundreds in just a few weeks. Just as many countries with large populations and widely varying population densities have already safely reopened by taking exactly these steps, recovering from catastrophically large initial infection rates, the United States (and the United Kingdom, and other countries with similar circumstances) could completely turn the tide in the fight against COVID-19. It simply requires following the best scientific advice that the experts have to offer.

Without it, the disease will continue to ravage individuals, families, communities and the nation as a whole. The economic impacts will be severe and drawn-out, and our best hope of defeating it will come from a vaccine. Even then, we have to be scientifically responsible on that front, too: vaccines need to be proven safe and effective, and realistically not a single one is close to the finish line yet. A rushed vaccine not only might not work — giving people false hopes of protection — it could have unacceptably dangerous side effects.

The best part about this science-based solution is that it’s always available to us: we can choose to adopt it at any time. The social and economic impacts of the pandemic continue to be disastrous, but they can be remedied by making the conditions safe for everyone: workers, customers, teachers, and students. By enforcing mask mandates, distancing requirements, moratoriums on risky activities and businesses, a 4-to-6 week coordinated shelter-in-place order, and only reopen with science-based guidelines in place (that include contact tracing, widespread testing, and isolation/quarantines for the infected and exposed), we can beat the virus as a society.

Many of us, understandably, are beyond fatigued at the impact that the novel coronavirus has had on our lives. The idea of having to isolate ourselves further is truly frightening, but it’s an action that can have a greater impact on stopping this virus in its tracks than anything we’ve done to date. Until a safe and effective vaccine is widely available, this is the scientific path to a safely reopened America. We can choose it at any time. The sooner we do, the more lives we’ll have saved.