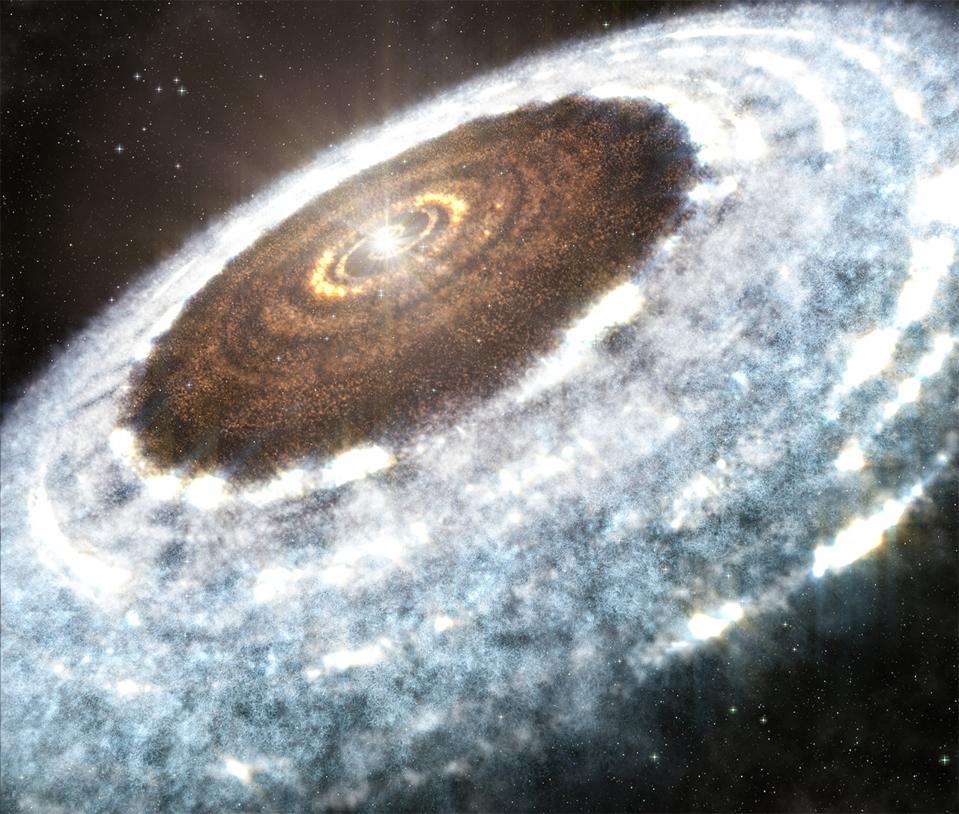 Solar systems without Jupiter-like planets may be rife with multiple habitable planets, say the authors of a new paper appearing in The Astronomical Journal. For decades, the idea was that massive gaseous planets at Jupiter-like distances from their parent star were necessary to shield terrestrial mass planets in a given system’s inner habitable zone. That is, where surface liquid water can be sustained on a planetary surface.

But this new paper indicates that such large gaseous planets even at distances beyond a given solar system’s snow line may have been a curse as a well as a blessing. (A planetary system’s snow line is simply the distance from its young central star at which it’s cold enough for water to condense into ice.)

Without such massive planets, an inner solar system’s inner terrestrial planets room would have room to breathe without gravitational interference from a massive, gaseous big brother.

“Providing that there is no giant planet like Jupiter that can affect the orbital stability of the system, it may be beneficial for systems to not have a Jupiter-type planet,” Stephen Kane, a planetary astrophysicist at the University of California, Riverside and the paper’s lead author, told me.

This paper presents new dynamical simulations that calculate how many earth-mass planets could remain in stable orbits in the Habitable Zone as a function of star type, Kane notes. We show that most star types can have up to six earth-mass planets in the Habitable Zone, with K-spectral type stars (slightly smaller than the Sun) being able to hold up to seven, he says.

The team also presented Keck Observatory observations of a nearby Sun-like star, Beta Canum Venaticorum (Beta CVn) a bright, naked-eye star located some 27 light years away in the northern constellation of Canes Venatici. Keck Observations of Beta CVn indicates that it has no Planets more massive than Saturn within 10 earth-sun distances of the star. Or almost the distance between our Sun and Jupiter.

However, it also helps if the planets’ movement is circular rather than oval or irregular, minimizing any close contact and maintain stable orbits, reports the University of California, Riverside.

How often can astronomers expect to find more than two habitable planets in a given system?

For small stars, we now have numerous cases of more than one rocky planet in the Habitable Zone, says Kane, such as the Trappist-1 system, a planetary system with three habitable planets of some seven thus far detected around their parent star. However, TRAPPIST-1, located some 40 light-years away in the constellation of Aquarius, is also without a known gaseous giant planet.

Within our own solar system, only Venus and Mars were once thought to be briefly habitable. And Venus still serves as a cautionary tale for how a planet’s given climate can spin out of control.

Even though our blue marble Earth is quite special within this solar system, our sister planet Venus has repeatedly shown us that even the neighbor next door can harbor hellish landscapes.

As the authors note, planets located at the inner edge of the habitable zone could as their parent star ages and increases its inherent luminosity transition into the Venus Zone, where runaway greenhouse scenarios may become dominant.

But having multiple habitable planets within a given solar system might even allow for the onset and evolution of complex life on multiple earthlike planets. The odds of even finding another technological civilization within the same solar system might exponentially increase.

Or at least, it would mean that a given civilization might be able to spread out to planets that already have habitable climates potentially without the need for extensive and onerous life support systems.

I like to imagine what our system would be like if we had six Earth-size planets in the Habitable Zone, and how that would have changed the way we see space exploration, says Kane.  Planet hopping would have a far lower expense and technology threshold, and planetary exploration, and perhaps even terraforming, might have advanced considerably further than it has, he says.