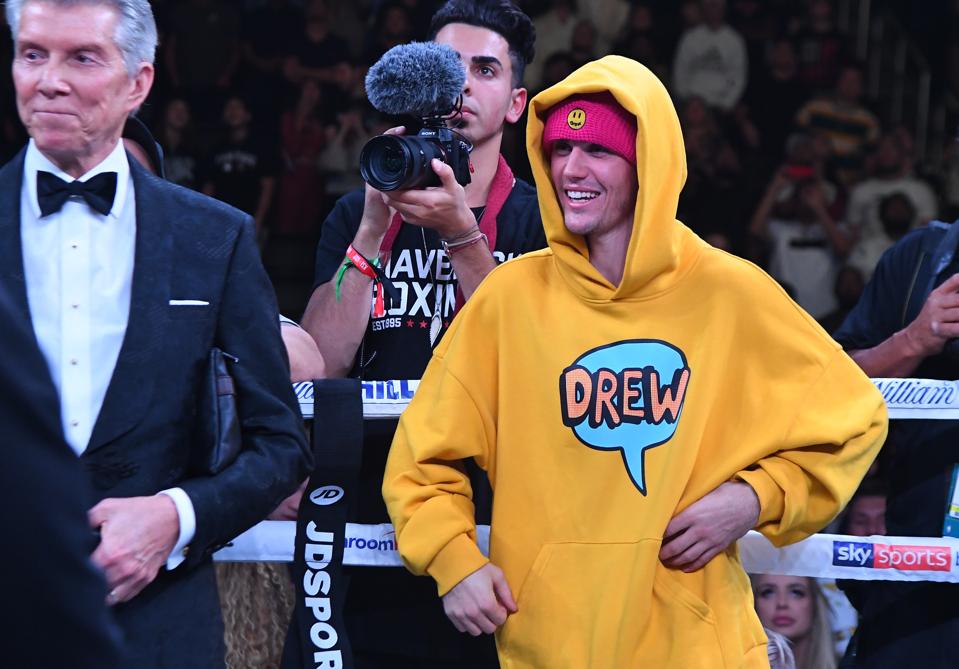 Singer Justin Bieber just revealed on Instagram that he has both Lyme Disease and chronic mononucleosis. That’s a tough combo.

He accompanied the picture with the following statement:

“While a lot of people kept saying justin Bieber looks like (bleep), on meth etc. they failed to realize I’ve been recently diagnosed with Lyme disease, not only that but had a serious case of chronic mono which affected my, skin, brain function, energy, and overall health. These things will be explained further in a docu series I’m putting on YouTube shortly.. you can learn all that I’ve been battling and OVERCOMING!! It’s been a rough couple years but getting the right treatment that will help treat this so far incurable disease and I will be back and better than ever NO CAP”

He didn’t actually type the word “bleep” but instead used a word that rhymes with “hit.”

It wouldn’t be too surprising to look like bleep if you have Lyme disease. Just having Lyme Disease by itself is tough enough. It’s a serious disease that can be quite bewildering. It all starts with a blacklegged tick otherwise known as the deer tick, Ixodes scapularis. Ticks bite and suck, both literally and figuratively. They can quietly suck, too. You may not even notice that one of these tiny vampires has latched on to your skin unless you check your skin for ticks after walking through the woods, the park, or some other area with vegetation.

The problem is not the tick itself but the nasty passengers that it may carry, namely a bacteria known as Borrelia burgdorferi. Another bacteria called Borrelia mayonii can also lead to Lyme Disease but much more rarely. Ticks can serve as Ubers for such bacteria and, while being really sucky, deposit this bacteria right into your body.

During the initial three to 30 day period after getting infected with this bacteria, you may notice something amiss or you may not. Symptoms can range from the more obvious to the more subtle to none at all. You may develop a fever, headache, chills, and swollen lymph nodes. You may feel fatigue or have muscle and joint aches. You may develop the characteristic “bull’s eye” rash, which in medical terms is called erythema migrans (EM). Or you may not.

Here is a picture of an EM rash, which looks a bit like the logo for Target:

You may not even notice the rash if its on a part of your body that you don’t regularly check. The rash may feel warm to the touch but typically is not itchy or painful. As you can tell, it’s not always easy to know that something’s wrong early on in the infection.

You may only start to notice problems when the infection has reached its later stages, which can be days or even months later. That’s when the bacteria has led to inflammation throughout different parts of your body, like your joints, your muscles, your brain, spinal cord, and nervous system, and even your heart. That’s why your symptoms can seem like they are all over the place and hard to pinpoint. Severe headaches, neck stiffness, your face drooping on one side, lightheadedness, extreme fatigue, severe arthritis with very painful and swollen joints, pain in your muscles and tendons, and abnormal heart rhythms are all possibilities. More EM rashes can appear as well. Different people can have different symptoms with different levels of severity. Sounds straightforward, right?

All of this makes Lyme disease much harder to diagnose, cope with, and understand than many other medical problems. It’s not like having a machete stuck in your arm, something that’s obvious, clear-cut, so to speak, and easy to pinpoint and explain. You can have Lyme Disease without knowing it for a while and be wondering “what the bleep is wrong with me.”

Your doctor also may be wondering “what the bleep is wrong with this person.” Not all doctors regularly consider or are even fully aware of Lyme Disease. They may have heard of the disease and realize that it rhymes with the green citrus fruit but not really understand its possible manifestations. They can look for “easy” explanations like it’s just “stress” or “all in your head,” and give advice like “get more rest”, “try not to be stressed”, “take some pain relievers” or “just make another hit record.” Of course, Lyme Disease can literally get into your head, but that’s not what your doctor may be thinking.

Even if your doctor ends up checking for Lyme Disease, the currently available tests aren’t perfect. They involve taking a sample of your blood and looking for antibodies to the bacteria. Your immune system can be very busy every day dealing with all of the things that you are exposed to, like all the bleep that’s around you. Therefore, it can take a while for your natural defense system to even notice that you’ve got an infection brewing in you and take weeks after the infection has started to generate antibodies.

On the flip side, once your immune system takes action it can be like full-scale military action, taking a while to rev down once the threat is gone. Even after the infection is outta there, your immune system can be saying, “won’t get fooled and caught sleeping again,” and still keep producing antibodies for months or even years. Therefore, the Lyme Disease test isn’t a great way to determine if treatment has been successful.

Moreover, just because you have a positive Lyme test doesn’t mean you necessarily have the disease, since other types of bacterial, viral, or autoimmune diseases may lead to positive results as well. The Lyme Disease test may not have 99 problems, but as you can see, there is a real need for better Lyme Disease tests to be developed.

Better testing could help prevent a lot of suffering. That’s because Lyme Disease can be curable with antibiotics, especially if caught early enough. The typical regimen is a combination of amoxicillin, doxycycline, and cefuroxime axetil. If you are allergic to these antibiotics, azithromycin, clarithromycin, or erythromycin are alternatives but may not work as well. Antibiotics don’t always clear the infection and more advanced cases of Lyme Disease may require other types of treatments. So, don’t just take the antibiotics and run. Have close follow-up with your doctor and make sure that you have a good doctor, one who really understands what it means to have Lyme Disease.

Indeed, Lyme Disease is a tough diagnosis, not just from a physical sense but also from a mental and emotional sense. The title of Beiber’s song “What Do You Mean,” can be very applicable. The disease remains very misunderstood, and people can be very mean when you are going through something that they don’t understand. They may think that you are being lazy, doing drugs, or even making things up, when, in fact, your body has been “ticked off” by the damage that a bacteria has been doing.

What’s in store for the future of commuting?
How COVID unlocked the power of RNA vaccines
OPEC says its outlook for the oil market is still clouded by pandemic fears
Aerojet Rocketdyne completes assembly of its first AR1 rocket engine
Hail Hydra! It Seems That Even Brainless Animals Need Sleep