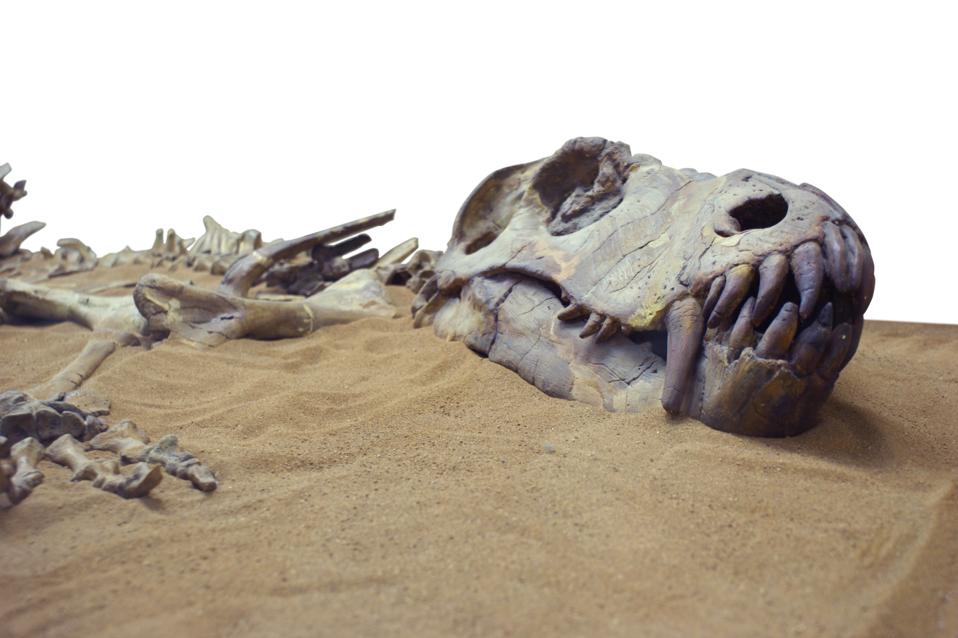 The Permian/Triassic boundary approximately 251.9 million years ago marked the most severe crisis for life on Earth. Three-quarters of all species on land and some 96 percent of all species in the ocean became extinct within a few thousands of years only. Volcanic activity on an enormous scale in today’s Siberia and the release of large amounts of greenhouse gases have long been debated as potential triggers of the mass extinction. Still, the exact sequence of events that led to the extinction remained highly controversial.

An international team of researchers reconstructed the events leading to this catastrophe using the chemical record preserved in fossil shells. Using a state-of-the-art mass spectrometer, the isotopic composition of brachiopods shells – a group of hard-shelled animals abundant in the Permian and Triassic seas – could be measured directly on the specimens. Depending on the degree of acidification of the seas, the calcareous shells of the organisms living in them differ ever so slightly in their chemical composition. In this way, the pH value of long-vanished oceans could be determined. Because the ocean pH and atmospheric carbon-dioxide levels are closely coupled, the team was able to reconstruct changes in atmospheric CO2 at the onset of the extinction event.

Their findings show that volcanic eruptions from the Siberian flood basalts released immense amounts of CO2 into the atmosphere. This large CO2 release lasted several millennia and led to a strong greenhouse effect, causing extreme warming and acidification of the ocean in the late Permian world. Dramatic changes in chemical weathering rates on land altered nutrient input and productivity in the ocean, and in combination with elevated sea surface temperatures, ultimately led to widespread deoxygenation and sporadic sulfide poisoning of the oceans. The resulting multiple environmental stressors combined to wipe out a wide variety of animal and plant groups, including many insect species, giant foraminifera, paleozoic corals, trilobites, sea scorpions, and mammal-like reptiles.

Study lead author Hana Jurikova summarizes the results as follow: “Ancient volcanic eruptions of this kind are not directly comparable to anthropogenic carbon emissions, and in fact, all modern fossil fuel reserves are far too insufficient to release as much CO2 over hundreds of years, let alone thousands of years as was released 252 million years ago. But it is astonishing that humanity’s CO2 emission rate is currently fourteen times higher than the annual emission rate at the time that marked the greatest biological catastrophe in Earth’s history.”

There’s a lot of dissatisfaction and fatigue within OPEC+, S&P Global Platts says
China’s lunar mission just landed on the Moon and is ready to bring back some rocks
Japan launches JDRS-1 optical data relay satellite for military, civilian use
Can big data, AI and chemical footprinting help the renewable energy sector avoid a toxic waste legacy?
Zoom investors are looking to a post-pandemic 2021 even with current growth at over 300%