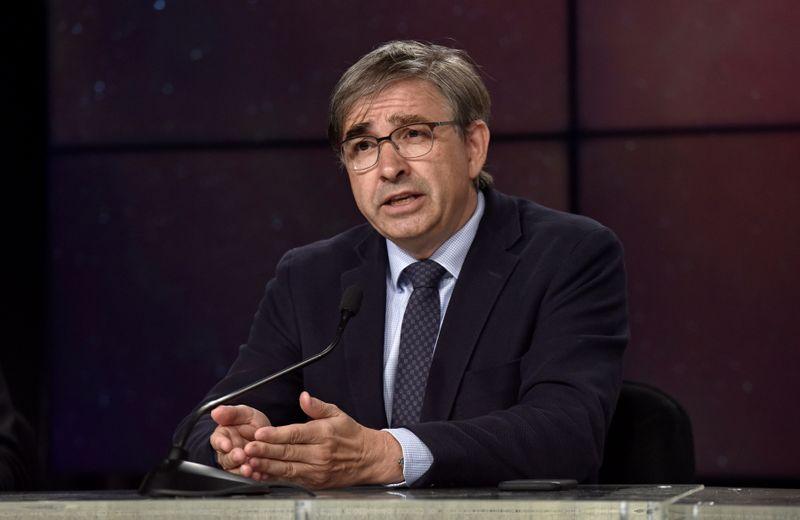 WASHINGTON (Reuters) – A new spacecraft built jointly by U.S. and European space agencies is ready for a blazing journey to the sun to capture an unprecedented view of its two poles, an angle that could help researchers understand how the star’s vast bubble of magnetic energy affects Earth.

The Solar Orbiter spacecraft will lift off from a Florida launch pad on Sunday at 11:03 p.m. (0400 GMT Monday) and autonomously unfold an array of solar panels and antennas before carrying on toward the sun for a 10-year mission mapping its polar regions.

Mapping the sun’s poles could allow scientists for the first time to observe the concentrated source of solar wind — a stream of plasma and charged particles that beam outward and sustains the solar system’s protective outer bubble that breathes in and out in harmony with the solar wind.

“Where did that plasma, the solar wind come from? At any one point, the majority of it during our solar cycle comes from the polar regions we’ve never imaged,” said Thomas Zurbuchen, the head of NASA’s science directorate.

A suite of 10 instruments, including six telescopes, are intricately tucked behind a protective heat shield that can withstand temperatures of nearly 1,000 degrees fahrenheit as the spacecraft reaches just 26 million miles from the sun, or 95 percent of the distance between the star and Earth.

Using a gravity assist from Earth and Venus, the orbiter will sling itself closer to the sun and eventually sync with its rotation – once every 25 days – when the probe reaches its closest point, and open up a cluster of tiny windows on the heat shield to capture and surveil how the surface of the sun changes over time.

The fruits of the mission will inform how NASA can protect its astronauts from the radiation whizzing around the cosmos, which can cause DNA damage and changes in gene expression.

Scientists will also learn how space weather wreaks havoc on satellites and electronics on and around Earth.

In 2018 NASA launched the Parker Solar Probe to journey closer to the sun than any other human-made object, 3.8 million miles (6.1 million km), and find out how the sun churns space weather in our solar system.

(This story was refiled to add dropped word ‘NASA’ in final paragraph.)

Reporting by Joey Roulette in Washington; Editing by Dan Whitcomb and Grant McCool