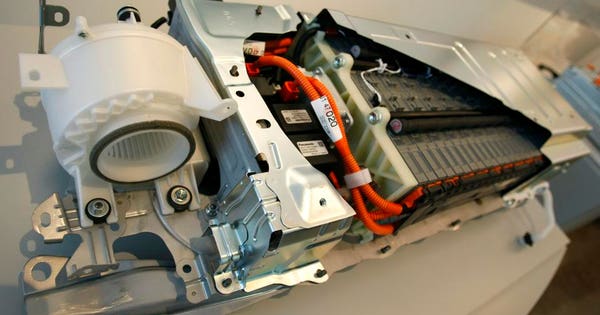 EV challenges remain but battery life is not one  of them.

There are lots of great reasons to drive electric. The modern plug-in electric vehicle (EV) is quiet, saves on fuel costs, requires little maintenance, and comes with thousands of dollars in purchase incentives. Downsides still exist, though. Public charging is sparse in many areas, EVs can cost more, and most available EVs are small and mid-size cars that may not suit all needs. But there’s one frequent concern that isn’t really a problem: battery life.

Worrying about EV battery life is understandable. We’ve all had a phone or laptop battery die on us way too soon. When hybrid gas-electric vehicles like the Toyota Prius first came to market almost 20 years ago, there was broad skepticism about whether hybrid batteries would last as long as advertised. But the costly battery failures never materialized. Consumer Reports gave very high reliability ratings to every single Prius model. In 2011, Consumer Reports tested a first generation 9-year-old Prius with more than 200,000 miles on it and found that the car performed nearly identically to when it was new.

Modern EVs have different battery chemistries than early hybrid batteries, so it’s reasonable to pose the reliability question again. The answer is the same, for two reasons. First, battery technology has continued to improve in reliability even as it has gotten much cheaper. Research funded by the U.S. Department of Energy over many years focused on extending the number of times a vehicle battery can be charged—into the thousands. Heat is the enemy of battery longevity, so leading automakers (with more federal research and development support) have innovated thermal management systems that protect EV batteries even in harsh conditions. There have been few rigorous, published studies of EV battery life in the real world, in part because few EVs have been around long enough to generate enough data. But it is clear that the longest-serving EVs have generally held their battery capacity well. Newer vehicles with larger battery capacities should perform even better since they accumulate more miles between charges and don’t discharge deeply as often.

Second, strong policies have been enacted to protect consumers. In California, automakers are required to warranty EV batteries for 10 years or 150,000 miles. Most manufacturers offer strong warranties in other U.S. states, demonstrating the confidence they now have in their technology more broadly. A 2016 review by the Department of Energy found that the most common EV battery warranty at the time was 8 years or 100,000 miles. This admittedly doesn’t cover the likely full life of an EV, but it’s the same as or better than most conventional vehicle warranties. In any case, by the time a battery is out of warranty, technology improvements will have cut battery-replacement costs substantially.

Now California is set to take the next step  and focus on used EVs. Assembly Bill (AB) 193 passed the state legislature and was sent to the Governor’s desk on August 28, 2018. If signed into law by Governor Brown, this bill would give anyone who buys a used EVs a rebate to replace the EV’s battery if necessary. This would further increase consumer confidence in EVs and would help expand EV access to lower-income Americans, who are more likely to buy used cars.

EVs (along with shared and automated vehicles) are one of the pillars of the 3 Revolutions in transportation. Each of these pillars has the potential to significantly change transportation for the better. If you’re interested in buying an EV and experiencing some of these benefits firsthand, battery reliability is not a reason to wait.

Opinions expressed in this piece are the personal viewpoint of the authors.

Dr. Austin Brown is Executive Director of the Policy Institute for Energy, Environment, and the Economy at the University of California, Davis. In this role, he builds strong connections between the research and policy communities at the local, state, and national levels with a focus on clean energy and sustainable transportation. Follow on Twitter: @DokEnergy

Dan Sperling is the Distinguished Blue Planet Prize Professor of Engineering and Environmental Science at the University of California, Davis, and lead author of Three Revolutions: Steering Automated, Shared, and Electric Vehicles to a Better Future. Follow on Twitter: @DanSperling_ITS, @ITS_UCDavis, @3Rev_ITSDavis

Silicon Valley IPOs are being celebrated in parking lots and conference rooms, as CEOs navigate pandemic and wildfire smoke
OPEC cuts 2020 oil demand forecast, trims 2021 outlook on pandemic fallout
Stadium Acoustics Pump Up the Volume
Facebook is still struggling with election manipulation
The true origins of gold in our Universe may have just changed, again