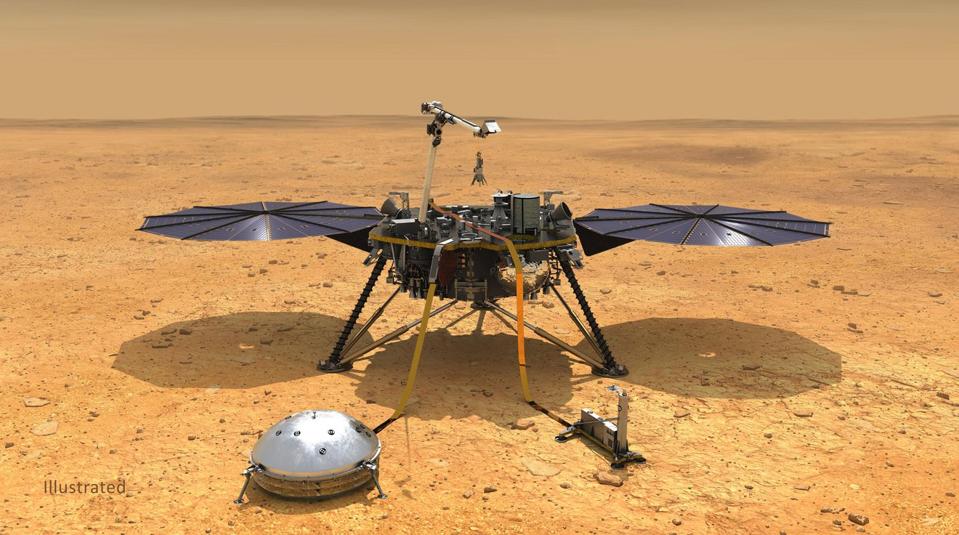 While the world will be watching the Perseverance rover alight on Mars Thursday (Feb. 18), let’s not forget the ongoing adventures of another NASA Mars mission bravely carrying on amid dust, cold and technical issues.

The InSight lander touched down on Mars in 2018 to learn more about rocky planets, and it’s been a scientific treasure trove amid tough going. While the mission is measuring Marsquakes and telling us more about the history of the Red Planet, a heat-seeking mole never made it below the surface because the regolith (soil) was harder than expected. But engineers learned a lot and other investigations are going well.

Happily, InSight’s science return is high, so high that it was recently approved for an extended mission. But first, the lander must face down one of the more dangerous phases of its mission — winter. There will be less sunlight available to power its solar panels and worse, there’s a lot of dust covering them at the moment. NASA has a plan to reduce power consumption through the winter and to try and keep the mission going, and they say it’s a good plan — but there’s no guarantees.

The long-running Spirit rover died during the Martian winter of 2010, and its twin Opportunity stopped communicating after a huge dust storm covered its own solar panels in 2018. While both rovers lasted many years past their initial 90-day warranty upon landing in 2004 — no small achievement — we know that winter tends to be a dangerous time for spacecraft. So NASA is doing its utmost to keep InSight alive.

“The amount of power available over the next few months will really be driven by the weather,” Chuck Scott, InSight’s project manager at NASA’s Jet Propulsion Laboratory (JPL), said in a statement. “We developed an operations strategy to keep InSight safe through the winter so that we can resume science operations as solar intensity increases.”

Here’s what InSight is facing: its solar panels are producing less than a third (27 percent) of their maximum capacity. That power has to be carefully shared to keep the spacecraft alive while also powering numerous instruments, an arm, a radio (needed to chat with Earth) and heaters (can’t forget those on cold Mars). Mars is also quite far from the sun and won’t be making a close approach until July.

So it’ll be time for power-saving mode. InSight scientists plan to ration power carefully through periodically switching off instruments not needed for science investigations at the moment, such as the weather sensors that provide updates to a Martian weather website. All instruments will also likely need to be shut off when Mars is furthest from the sun, just to keep InSight going.

NASA will also try to blow the dust off InSight’s panels before the worst of the winter comes. JPL controllers will put InSight’s robotic arm over the panels to take pictures, and then the team plans to “pulse” (quickly turn on and off) the motors that initially unfurled those panels to try and budge the dust, even by a small bit, to loosen them for the wind. “The team considers this to be a long shot but worth the effort,” JPL said.

The team still, however, is optimistic the lander will make it through the winter because it is in good health right now. Even if it temporarily ran out of power, InSight’s software will automatically reboot once the sun shines on the solar panels again — that’s if the electronics are still running well in freezing temperatures.

Even while the lander is dormant, InSight data will continue to power scientific research since the team can draw upon some of its past work to generate science papers. Some of its interesting work of the past year or so includes detecting ancient magnetism on Mars and seeking a link between solar eclipses and Marsquakes.