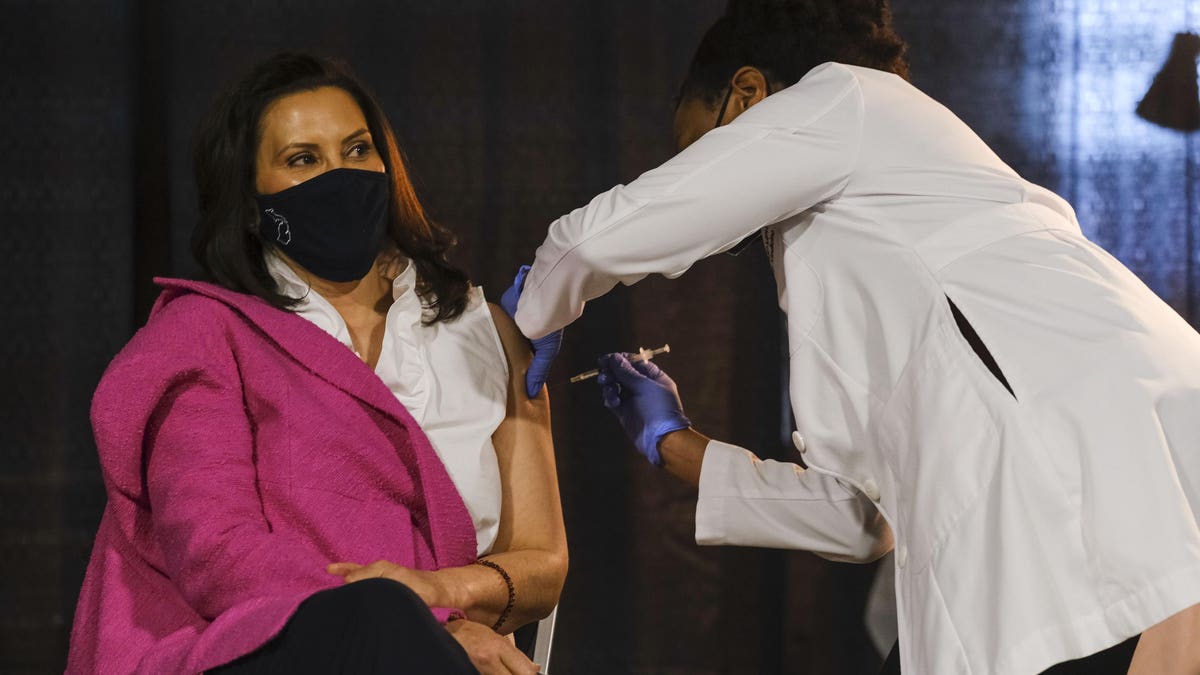 With Covid-19 cases and hospitalizations in Michigan the worst in the nation, Gov. Gretchen Whitmer (D) is requesting that Michigan schools revert to remote learning and pause all athletic activities for two weeks after spring break, as well as also asking Michiganders to avoid eating indoors at restaurants for a short period of time.

Speaking at a press briefing in Lansing, Michigan, Whitmer emphasized that she is not issuing a mandate but rather requesting all Michigan residents take collective action to benefit the statewide population.

“This is my ask to you, the people of Michigan,” said Whitmer. “Please redouble your efforts on these fronts for the next couple of weeks.”

“To be very clear, these are not orders, mandates or requirements,” Whitmer said of her requests to school districts and restaurants. “A year in, we all know what works, and this has to be a team effort. We have to do this together. Lives depend on it.”

Michigan, which leads the nation in case count by population and hospitalization rate, has emerged as the new epicenter of the coronavirus pandemic in the U.S. Khaldun announced Friday that the state’s case rate has risen to 515 cases per million, as the percentage of positive tests has skyrocketed to 18%. Both metrics are four times higher than they were in mid-February. As of Friday morning, 23 hospitals in Michigan are operating at over 90% capacity, including 3 in which 100% of available beds are occupied. Health experts have attributed the Covid-19 surge to the spread of variants of the virus (Michigan has roughly 14% of all confirmed cases of the U.K. variant identified in the U.S.) and relaxed social-distancing restrictions. Speaking at the White House Wednesday, CDC director Rochelle Walensky called for stronger mitigation strategies related to restrictions on youth sports and indoor dining.

The White House announced Friday they would send federal resources to assist in vaccination efforts and testing but not supply the surge of additional vaccines that Michigan lawmakers have requested. Whitmer confirmed she spoke with President Biden Thursday night, where she “made the case for a surge strategy.” At the Friday press conference, Whitmer stated, “At this point, that’s not being deployed, but I’m not giving up.”

Steve Matthews, superintendent of Michigan’s Novi Community Schools, told the Detroit Free News he believes the spike in Covid-19 is being unjustly attributed to schools and is not planning to return to online learning voluntarily. “We are being blamed for spread, and spread isn’t happening inside schools. The cases we have in school is because kids went to spring break and came back positive,” Matthews said. “My thoughts are that if it’s that serious, why are they asking us to do it voluntarily?”

Earlier in the week, Whitmer acknowledged she was concerned about the rise in cases among young children and teenagers, but told CNN it was “very possible” Michigan could fully reopen this summer if upward of 70% of the population is vaccinated. As of Friday, approximately 39% of Michigan adults have received at least one dose of a vaccine.