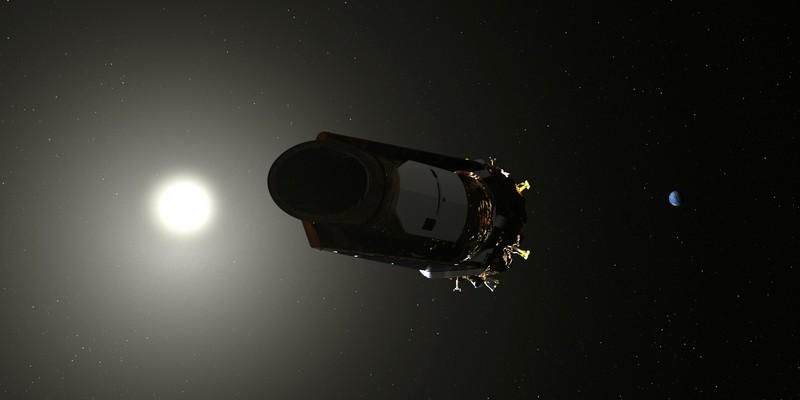 ORLANDO, Fla. (Reuters) – The Kepler space telescope has run out of fuel and will be retired after a 9-1/2-year mission in which it detected thousands of planets beyond our solar system and boosted the search for worlds that might harbor alien life, NASA said on Tuesday.

An artist’s conception of the Kepler Space telescope is shown in this illustration provided October 30, 2018. NASA/Handout via REUTERS

Currently orbiting the sun 94 million miles (156 million km) from Earth, the spacecraft will drift further from our planet when mission engineers turn off its radio transmitters, the U.S. space agency said.

The telescope laid bare the diversity of planets that reside in our Milky Way galaxy, with findings indicating that distant star systems are populated with billions of planets, and even helped pinpoint the first moon known outside our solar system.

The Kepler telescope discovered more than 2,600 of the roughly 3,800 exoplanets – the term for planets outside our solar system – that have been documented in the past two decades.

Its positioning system broke down in 2013 about four years after its launch, though scientists found a way to keep it operational. But the telescope has now run out of the fuel needed for further operations, leading to its retirement.

“While this may be a sad event, we are by no means unhappy with the performance of this marvelous machine. Kepler’s nine-and-a-half year flight was more than twice the original target,” Charlie Sobeck, project system engineer at NASA’s Ames Research Center in California, told reporters on a conference call.

Kepler was succeeded by NASA’s Transiting Exoplanet Survey Satellite, or TESS, which was launched in April. TESS is on a two-year, $337 million mission.

NASA launched the Kepler telescope on March 6, 2009, to learn if Earth-like planets that might harbor life are common or rare in other star systems. During its mission, Kepler found 2,681 confirmed planets and another 2,899 candidates, bringing its tally to 5,580. That number includes about 50 that may be about the same size and temperature as Earth.

Borucki described his favorite exoplanet, located more than 600 light years from Earth and first spotted by the telescope in 2009, named Kepler 22B. It is a possible “water world” the size of Earth perhaps covered with oceans and with a water-based atmosphere. Water is considered a key ingredient for life.

Kepler’s data also provided a new way to assess whether a planet had a solid surface, like Earth and Mars, or is gaseous, like Jupiter and Saturn. The distinction helped scientists zero in on potential Earth-like planets and better the odds for finding life.

Kepler used a detection method called transit photometry, which looked for periodic, repetitive dips in the visible light of stars caused by planets passing, or transiting, in front of them.

Reporting by Joey Roulette in Orlando, Florida; Writing by Ben Klayman in Detroit; Editing by Will Dunham

What The Dilly-O? Big Renewable Energy Bucks Head For Texas
Alibaba shares close 6.5% higher after being hit with $2.8 billion fine in anti-monopoly probe
Daily briefing: Thrilling muon result shakes up physics
Coinbase’s blockbuster debut is a ‘watershed’ for crypto — but there are risks ahead
Quantum computing’s reproducibility crisis: Majorana fermions