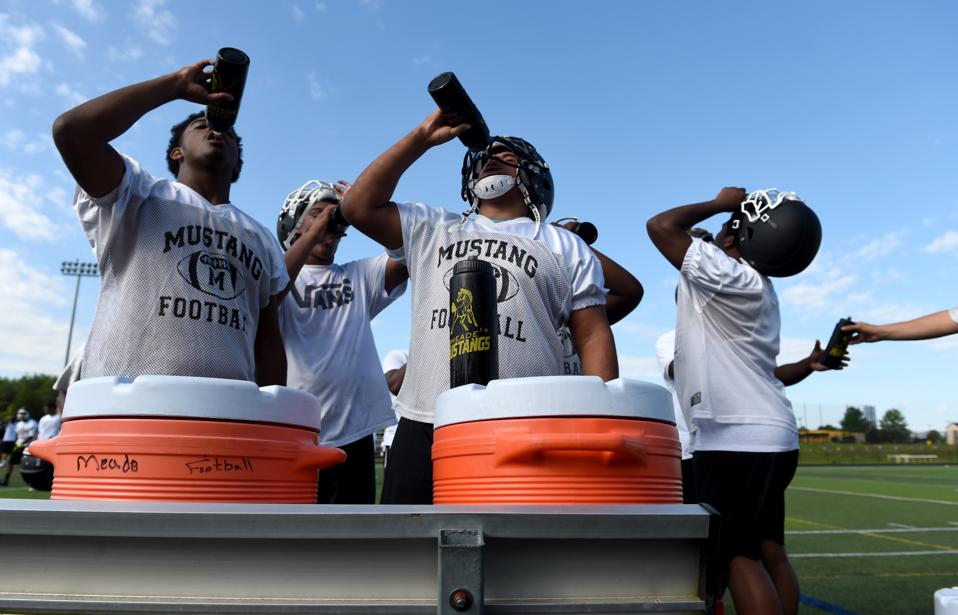 Last week Florida enacted a new law requiring public schools to do more to protect student athletes from heat stroke. Known as the “Zachary Martin Act”, the new law requires public schools to have a cooling tub on the sidelines at all practices and games. Defibrillators will be required and coaching staff have to learn how to recognize heat illnesses, including heat strokes, and take immediate life-saving actions.

Zachary Martin died in July 2017, after he suffered a heat stroke following summer high school football practice in the South Florida heat. His mother, Laurie Giordano, spent two years lobbying Florida lawmakers for the protections. Her work resulted in the recent law that was passed.

Unfortunately, Zachary’s situation is not as rare as you would think. Exertional heat stroke is one of the three leading causes of death for high school athletes. According to the National Center for Catastrophic Sports Injury Research between 1995 and 2019, 47 high school football players nationwide died from heat stroke or related complications.

In addition to treating heat stress, the new law focuses on developing an understanding of heat stress. It defines heat stress by measuring “the ambient temperature, humidity, wind speed, sun angle, and cloud cover at the site of the athletic activity.” These exact words are the definition of a meteorological term known as the Wet Bulb Globe Temperature (WBGT), which is a measure of the heat stress in direct sunlight, taking into account the five factors laid out in the new Florida law. It’s different from the heat index, which also looks at temperature and humidity and is calculated for shady areas. The WBGT can cause confusion as it is not as commonly referenced as the heat index.

Tools for measuring WBGT are quite specific and most free forecasts do not include WBGT predictions. In order to monitor the weather as outlined in the new law, schools will need to have access to a WBGT forecast and follow the specific guidelines which include recommended time, duration and breaks for the activity. The new Florida law requires that schools must monitor the WBGT and modify activities, including suspending or moving activities, based on the guidelines.

For example, if the WBGT reading is between 87.1 and 90, maximum time for any activity is two hours and there must be four separate four-minute rest breaks per hour of activity. For football, players are restricted to helmet, shoulder pads and shorts during activity.

Measuring WBGT can be done a variety of different ways. Coaches and other staff can use handheld devices designed specifically to measure WBGT, they can reference charts or do manual calculations. On-site weather stations can also be used and offer real-time data for WBGT readings. Weather stations offer other benefits, like information on severe weather events, including lightning.

Measuring the WBGT is key to addressing how prolonged exposure to heat pushes the human body beyond its limits. When extreme heat combines with high humidity, it becomes a potentially lethal situation. Athletes often succumb to heat-related illnesses because evaporation is slowed down and the body works harder to maintain a normal temperature. This is especially true for football players because of the protective pads that they wear. These pads trap heat near the body and can increase the chances of suffering a heat-related illness.

Now is the time to pay particular attention to heat stress, and not just in the south. While states such as Texas, Louisiana, Mississippi, Alabama, Georgia, and Florida are most apt to record dangerous wet bulb globe temperatures, the weather pattern looks to spread the heat and humidity north. An anomalous and near record-breaking ridge will continue to persist in the Plains for the next couple weeks. Wet bulb globe temperatures well into the 80s will become common across much of the eastern two-thirds of the country. While such heat and humidity is common for mid-July, its duration and special coverage are unusual.

Florida’s new law mandates safer heat stress guidelines, faster heat illness response, all of which will increase the wellness of high-school student athletes. Hopefully, other states will quickly follow suit. There is a 100% survival rate when exertional heat stroke is quickly recognized and treated with cold water immersion before being transported to a hospital.