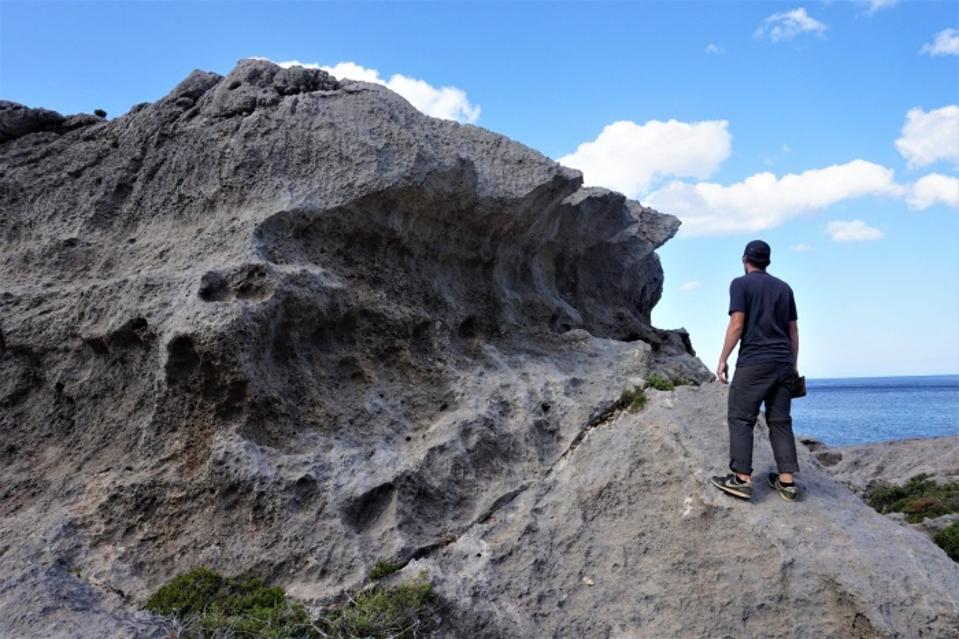 On the morning of 21 July, AD 365, the Eastern Mediterranean was shaken by an earthquake that is generally believed to be the strongest recorded earthquake in the Mediterranean. It probably originated around Crete, Greece, and was followed by a tsunami that hit the Mediterranean coastlines causing many deaths. In Alexandria, tsunami devastation was so severe that the day of the event was commemorated as the “day of horror” for centuries after the event.

Geologists believe that the earthquake and tsunami was generated by uplift of the sea floor along a thrust fault, but this may not the case at all.

The earthquake was strong enough to lift parts of Crete by several meters. This upheaval of the island left behind fossil shorelines, which Richard Ott, a scientist at the GFZ German Research Centre for Geosciences, and colleagues studied to reconstruct this the event.

The new study published in AGU Advances, used radiocarbon dating to understand when and how much shorelines on Crete were uplifted and utilized this information to model the source of the earthquakes and tsunamis.

Understanding which fault, a fracture in the Earth’s crust, the earthquake originated on is important to understanding the hazard of earthquakes and tsunamis in the Mediterranean.

A hint to the enormous forces that uplifted Crete can be found at the ruins of the ancient harbor town in Phalasarna in, western Crete. People visiting today can explore a beautiful, perfectly preserved wharf from Roman times. However, this wharf is now several hundred meters away from the sea and several meters above sea level.

There is another peculiar phenomenon in western Crete. Something that looks like a notch is recognizable in the coastal cliffs running parallel to the sea. This notch is what scientists call a fossil shoreline and marks where sea level used to be in the past. It is nowadays found up to 9 meters (30 feet) above sea level in western Crete.

In the new study, Ott and his colleagues refined the dating of this fossil shoreline and compared the data from many samples to historical records of earthquakes by ancient writers.

Radiocarbon analysis of fossils below this fossil shoreline of western Crete can help to determine when the island’s upheaval occurred. Ott and his team collected fossil samples of vermetids (Dendropoma sp.) and corals (Balanophyllia sp.) from the Krios paleoshoreline at eight different sites in western Crete. Shells and skeletons from these dead marine organisms mark when the uplift occurred because they died when the earthquake lifted them above sea level.

The team of scientists found the fossil shoreline was probably not uplifted in one big earthquake, but rather by a series of strong earthquakes around the island of Crete in the first centuries AD. The new finding is consistent with archaeological investigations suggesting the ancient harbor in Phalasarna was already abandoned after an earthquake in AD 66.

In contrast to previous studies, the team found normal faults likely are responsible for this earthquake sequence. Normal faults are a certain type of fracture in the Earth’s crust that occur when Earth’s crust is being pulled apart or extended. The scientists model the propagation of tsunamis from earthquakes on these normal faults and find their new type of model can well explain the tsunami report from Alexandria by Ammianus Marcellinus, a historic writer.

These findings suggest earthquakes on such normal faults are probably a common tsunami trigger in the Mediterranean. The authors estimate the size of the earthquake in AD 365 was below Mw 8, which is lower than previous Mw 8.3-8.5 estimates. However, the study highlights that there is a risk of strong earthquakes in the Eastern Mediterranean, and locals and tourists should be educated on how to act in the event of a tsunami.

How biological batteries can generate renewable energy from soil
Reply to: Perovskite decomposition and missing crystal planes in HRTEM
Billionaire Larry Page’s Kitty Hawk Is Making An All-In Bet On Robot Air Taxis. Its Program Head Is Out In Disagreement Over It.
Utilities plus telcos: The case for an arranged marriage
Wind turbine giant Siemens Gamesa lays out plan to drive down cost of ‘green’ hydrogen