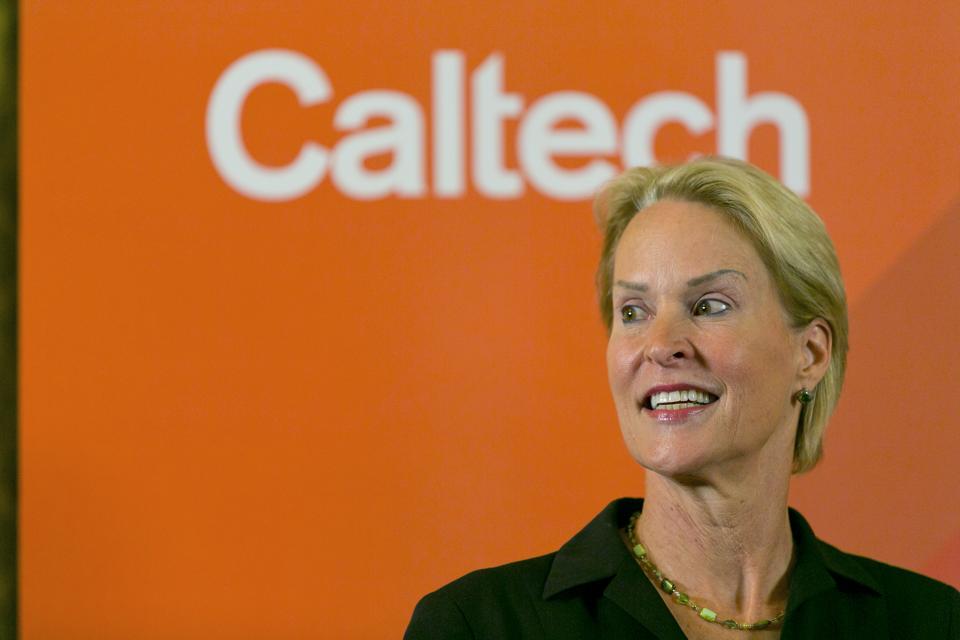 Frances H. Arnold, PhD, won the Nobel Prize in Chemistry in 2018, which is kind of a big deal. It’s hard to become a Nobel Laureate in a scientific field without having contributed a lot to science and had many successes as a scientist. However, it is something that didn’t work out for Arnold that has now caught the attention of the Twittersphere and may hopefully contribute to changes in the way science is currently being done. It started when Arnold, the Linus Pauling Professor of Chemical Engineering, Bioengineering and Biochemistry at the California Institute of Technology, tweeted the following:

The tweet referred to a study that was published in the journal Science in May of 2019 and authored by Inha Cho, Zhi-Jun Jia, PhD, and Arnold, who are all members of Arnold’s research group at the California Institute of Technology. Here’s the retraction statement that was published by Science:

“After publication of the Report “Site-selective enzymatic C‒H amidation for synthesis of diverse lactams” (1), efforts to reproduce the work showed that the enzymes do not catalyze the reactions with the activities and selectivities claimed. Careful examination of the first author’s lab notebook then revealed missing contemporaneous entries and raw data for key experiments. The authors are therefore retracting the paper.”

Arnold followed up her initial tweet with a mea culpa one:

Imagine, someone actually taking responsibility for a mistake in this age of finding- someone-else-to-blame-for-problems. For the most part, reactions on Twitter were positive. (Of course, reactions to anything are never 100% positive on Twitter). Here are a few examples:

Yes, Arnold made a mistake. Yes, the first author was a graduate student and may have needed more supervision. But there is a big, big difference between an oversight and deliberate scientific misconduct. The latter is inexcusable and includes purposely fabricating data, purposely misrepresenting yourself or your work, claiming credit for something you didn’t do, and other types of lying. The former is, well, being human and actually being a real scientist. So kudos to Arnold for her tweets.

Making mistakes is such a big part of the learning process in so many other fields. For example, in a Nike commercial, basketball Hall of Fame of Laureate, Michael Jordan once said:

“I’ve missed more than 9,000 shots in my career. I’ve lost almost 300 games. 26 times I’ve been trusted to take the game winning shot and missed. I’ve failed over, and over and over again in my life. And that is why I succeed.”

Imagine if Jordan had been benched or booted from the team the first time he had missed a shot. Instead of Air Jordan, he could have been Ground Jordan or just someone with the same name as Michael B. Jordan. Similarly, famous Hollywood actors, producers, and directors routinely make flops, but continue to survive and thrive. Just ask Ryan Reynolds about the Green Lantern movie or anyone who was involved with any Fantastic Four movie that has ever been made.

Then there are big businesses that regularly make big boo-boos every year. A classic case study is the Ford Edsel, but for everyone who says “OK, Boomer,” there are plenty of more recent examples. What about Microsoft Bob? Or the Apple Newton? Google Lively isn’t that lively or even alive anymore. Facebook Home certainly wasn’t a home run. Then there were Frito-Lay’s WOW! Chips? Wow, did they have a laxative effect and produce diarrhea.

Speaking of diarrhea, failure runs aplenty in the entrepreneurs’ community. For every success, there have been a poop-load of ideas and start-ups that have gone down the toilet. If an entrepreneur says that he or she never failed at anything then that person is doing something that’s called lying. Or perhaps taking some psychogenic drugs. Recall that “fail fast, fail often” has long been a mantra of Silicon Valley.

In fact, be suspicious of anyone who says he or she has never failed at anything. Mistakes are what keep you humble and more willing to learn. They tell you what not to do and what won’t work, which are important parts of the learning and scientific process. Plus, whether a person is willing to take responsibility for mistakes is very telling about his or her character. In order to really advance and make breakthroughs, you have to embrace mistakes and failure.

So what the heck happened with scientific research? Exploring, making and admitting mistakes should be part of the scientific process. Yet, Arnold’s retraction and admission garnered such attention because it is a rare thing to do these days. People used the word “courage” to describe what she did, which means that there is something really wrong with the system. If you need courage to do what should be a routine part of science, then Houston and every other part of the country, we’ve got a problem. And this is a big, big problem for science and eventually our society.

In many academic settings, particularly in medical schools, your research career will live or die based on three things: how much grant funding you bring in to the institution, how much you publish in scientific journals, and who happens to like and not like you, not necessarily in that order. You don’t necessarily have to do all three to advance. For example, those who can’t really do the first two may focus on doing the third, which is otherwise called kissing up or playing politics. Note that none of these three are necessarily indications of how much you really innovate and contribute to science or society.

A growing problem is that many academic institutions are giving less and less time and opportunity to do the first two. (There is still plenty of time to play politics.) These days, researchers don’t have much leeway to explore and try different things. Early on in your academic career, you face an up-or-out situation very quickly and therefore may feel compelled to focus on low-risk, guaranteed-to-pay-off, not-ruffle-any-feathers activities. In many academic medical centers, if you don’t win external grant funding and publish enough within three years of being hired as an assistant professor, you have no way to pay yourself, which affects things such as being able to eat and having somewhere to live. While there may not have been a scientific study to confirm the association, being able to eat probably correlates with the ability to maintain a research career.

Once you have become more established, the pressure doesn’t really stop. Many medical schools and schools of public health don’t offer real tenure or real salary support for research anymore. The original intent of tenure was to give you security, freedom, and some shielding from politics to pursue higher-risk work. But nowadays, tenure for many in scientific research is just an empty designation, without the salary guarantee or even the salary. So even if you have tenure, your salary still depends on your continuing to bring in funding from outside to essentially pay yourself. That’s basically telling someone, I am going to pay you a “salary” but you kind of have to find it yourself. This means that having tenure may be a nice thing to tell others at cocktail parties or on dates, but it can be meaningless when it comes to your work.

All of this fosters a very competitive environment in which researchers may be very reluctant to make mistakes or admit that they have done so. It certainly hasn’t helped that grant funding is now in short supply with too little money for too many people. This doesn’t tend to encourage including the words “messed up”, “didn’t realize that would happen”, or “let’s see what may happen” in your grant proposals. At the same time, many scientific journals want to publish studies where you can say “look at the amazing positive effects that we found” rather than “ this is how we screwed up”, “nothing happened, we found nothing,” or “oh my goodness, what a disaster.” But truly advancing science requires knowing about the things that didn’t work out and all the mistakes that happened. These shouldn’t stay hidden deep within the recesses of laboratories and someone’s notebook.

The “Open Science Movement” is a movement to make science and scientific research more accessible to everyone. But such a movement will be more like a bowel movement (that is, full of poop) unless there is a concurrent movement to create a system that encourages researchers to be more willing to risk failure and admit mistakes. Arnold’s admission shows how real science should be done. Scientific research is not how it is often portrayed in the movies and television. It is not Tony Stark going into a lab by himself and emerging in a few days with a fantastic new discovery. Scientific research is not like a vending machine. You can’t just deposit some coins and get a discovery. Real scientists screw up and fail over, and over and over again throughout their careers. And that is why they succeed.