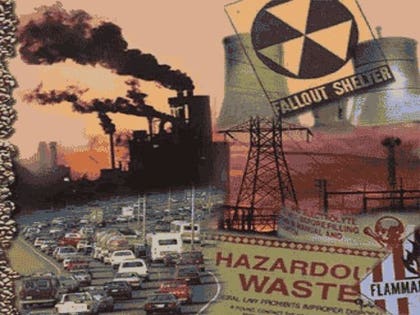 A strange convergence led to this essay. While driving, the song “One In Ten” by UB40 cycled on my playlist. It is one of my favorite songs and chronicles the perspective of a person living in poverty. The song prompted me to think about recent pushback by residents in the county where I reside to a proposed waste station. Residents of the relatively affluent segment of the county slated to host the facility put forth spirited resistance. This is not surprising and certainly illustrates natural instincts of people to say “not in my backyard” or “it will harm my property values.” People instinctively protect their own interests. However, the unfortunate truth is that some segments of our society are better positioned to mobilize, gather legal resources, and articulate their opposition. The “One in Ten” that UB40 were singing about are often not so fortunate, and this has led to a disproportionate number of waste facilities, petrochemical factories, and hazardous dumping in low-income or marginalized communities. This is why the field of environmental justice (EJ) evolved. What is environment justice?

To answer the question, I must start with Dr. Robert Bullard, Distinguished Professor at Texas Southern University. He is considered by many (and me) to be the father of the environmental justice movement. Bullard’s website provides an appropriate definition:

Environmental justice embraces the principle that all people and communities have a right to equal protection and equal enforcement of environmental laws and regulations….Today, zip code is still the most potent predictor of an individual’s health and well-being. Individuals who physically live on the “wrong side of the tracks” are subjected to elevated environmental health threats and more than their fair share of preventable diseases….Reducing environmental, health, economic and racial disparities is a major priority of the Environmental Justice Movement.

While I have long been familiar with Professor Bullard, my first hand experience with environmental justice issues came from a collaboration with my colleague Professor Nik Heynen at the University of Georgia. Heynen, who studies political ecology and environmental justice issues, asked me to collect air quality data in a small community located in Gainesville, Georgia. Through this effort, I became aware of the Newtown Florist Club (NFC).  This excerpt from the Southern Changes website at Emory University notes:

Following a deadly tornado that ripped through Gainesville in 1936, segregated housing for black residents was built on a landfill beside the railroad tracks. Industrial development burgeoned in close proximity. Formed by women of Newtown in the 1950s, the Florist Club started with members caring for the sick and buying flowers for community funerals. Through the turbulent 1960s and 70s, the Florist Club members became vocal leaders for civil rights and community improvement. By early 1990, members of the Club realized that many in the community had been dying from the same kinds of cancer and from lupus. Suspicious, they began canvassing the neighborhood, taking family histories and piecing together a puzzle that remains unsolved.

The story of the Newtown Florist Club is one of many around the nation. These facts and statistics paint a picture of the scope of the environmental justice problem:

Mustafa Ali, one of the founders of the Environmental Protection Agency (EPA) Office of Environmental Justice, resigned in 2017 after his budget was essentially “zeroed” out. In his resignation letter to then EPA Administrator Scott Pruit, Ali said:

I would be remiss if I did not point that while we have made great strides in protecting air, water, and land for most of our citizens, there are still many disproportionate environmental impacts occurring in our most vulnerable communities. Communities of color, low-income communities and indigenous populations are still struggling to receive equal protection under the law. These communities both rural and urban often live in areas with toxic levels of air pollution, crumbling or non-existent water and sewer infrastructure, lead in the drinking water, brownfield from vacant former industrial and commercial sites, Superfund and other hazardous waste sites……

The water crisis in Flint, Michigan became a high profile example of an environmental justice issue. It is as much a story about poverty and race as is it is water quality. The sad reality is that for every Flint, there is a Newtown Florist Club fighting to be heard also.

The residents in Gwinnett can claim victory. The request for the waste facility was withdrawn. I resonate with a desire not to have such facilities in our “own backyards.” However, I also hope that the facility or future “undesirable” infrastructure that supports all of our lifestyles does not end up in a marginalized community that has no resources to fight back.

Landfills are often not wanted in communities but some communities have resources to resist.

Our planet’s heart is watery
How It’s Made: Chocolate Chip Cookies
This Week in Apps: Facebook takes on Shopify, Tinder considers its future, contact-tracing tech goes live
The FBI is mad because it keeps getting into locked iPhones without Apple’s help
Facebook’s Workplace, now with 5M paying users, adds drop-in video Rooms and more