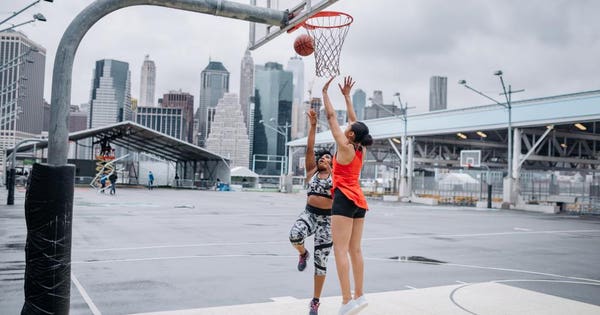 The healthiest neighborhoods in the Big Apple are in the outer-boroughs, listings site StreetEasy found.Getty

Some of the Big Apple’s most wellness-focused neighborhoods also have some of its highest rents, notes a new report compiled by the listings site StreetEasy, using data from Seamless.

For example, Brooklyn’s DUMBO is ranked the fourth-healthiest neighborhood in the five boroughs, and holds the same position among its most-expensive, with a median rent of $4,795 in the fourth quarter, according to StreetEasy. Flatiron, in Manhattan, is the fifth-priciest area with a median rent of $4,500, and also holds the same ranking on the site’s healthiest nabes list.

The report stemmed more from curiosity about lifestyles than finances, however.

“Right about now is when a lot of people begin to ditch their health-focused New Year’s resolutions, so we partnered with Seamless to see where in the city it’s easiest to maintain a healthy lifestyle and meet health-related goals,” StreetEasy economic data analyst Nancy Wu said. “As it turns out, there are neighborhoods with an abundance of amenities that promote a healthy lifestyle in every borough .”

To reach its conclusions, StreetEasy considered factors such as park space, bike lanes, the number of buildings with wellness amenities and the prevalence of doctor’s offices and spas in each neighborhood. The site’s data scientists found this information on the NYC Open Data government info portal.

Seamless, meanwhile, provided numbers on how many healthy orders were taken by restaurants in each area last year. These requests included foods like salmon, leafy greens and brown rice.

Citi Habitats broker Natalia Padilla said she’s not surprised that health and wealth go hand-in-hand in New York City. Clients who are crave wellness are willing to shell out extra bucks to live near an organic vegan restaurant and a high-end fitness club, she said.

“ For the most part, people want to be in a neighborhood that caters to their lifestyle ,” Padilla said. For example, “if you have someone who has a lot of kids and they’re more concerned with space and have a stricter budget, then the health benefits of a specific type of food being in the area is not as important.”

Her Brooklyn clients seem particularly health-conscious, she noted. This coincides with StreetEasy’s report, which found that the four healthiest neighborhoods in New York are in Queens and Brooklyn.

No. 1 on the list is Red Hook, which has the most park space and bike lanes per capita in the city. The median rent is a little lower there, at $2,735 in the fourth quarter of 2018, StreetEasy reported – though that’s higher than the Brooklyn-wide median of $2,500.

Coming in second is the Queens hot-spot Long Island City, which has a median rent of $3,086, compared to $2,154 in the entire borough.

Also of note is Midtown Manhattan, sixth on the healthy list, which achieved its honors thanks to its proximity to Central Park and its whopping two gyms per every 1,000 residents. Restaurants in the nabe also received orders with specifications such as salads instead of fries, and hamburgers without buns, at a rate 40% higher than the rest of the city. The median rent in Midtown, according to StreetEasy, is $3,800, up from $3,195 Manhattan-wide.

The Bronx made the list too, with Mott Haven taking the 10th spot. The up-and-coming area, is 51% more likely to order healthy meals off Seamless than the rest of the city. The median rent in this neighborhood is a cooler $2,000, compared to $1,850 throughout the borough.