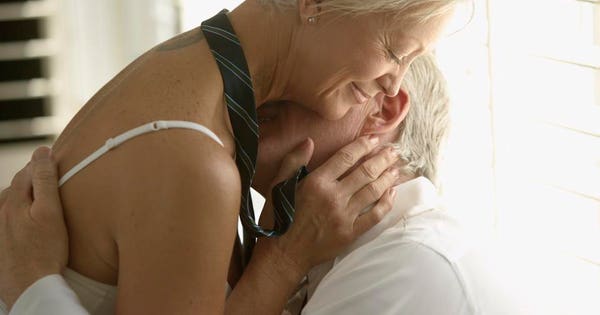 Who would have thought that older adults would be the “in-crowd.” But if projections are accurate, in just over a decade that’s exactly what’s going to happen, and the reality is making scientists take notice of just about every issue that will be facing them, including sex.

The U.S. Census Bureau projects that by 2030, one out of every five U.S. residents will be retirement age and older people are projected to outnumber children for the first time in U.S. history. That means that by 2035, there will be 78 million people 65 years and older compared to 76.7 million under the age of 18. Now add to that the knowledge that having an active sex life is linked to better physical and mental health, higher quality of life and lower rates of loneliness, and it makes sense that scientists are focusing on sex in older people. Gerontology and gynocology researchers hold that sexual activity is an important aspect of human function throughout life and that respectful care for older adults, including people with cognitive impairments, requires an understanding of sexual norms and problems.

Using data from the National Social Life, Health, and Aging Project (NSHAP),  researchers set out to learn more about the relationship not only between sexual behavior and function among older adults, but also about their ability to think and make decisions about sex. What they found was that older men and women, including those with dementia, are having sex, and although the rate of sexual function problems is high, most people, including men and women with lower cognition, regarded sexuality as an important part of life and wanted more of it. Their study was published in the Journal of the American Geriatrics Society.

The researchers were building on their 2007 study published in the New England Journal of Medicine of 3005 U.S. adults (1550 women and 1455 men) aged 57 to 85 years and the prevalence of sexual activity, behaviors and problems among them. That study found that about half of both men and women reported at least one sexual problem and that men and women in poor health were less likely to be sexually active. The most prevalent sexual problems among women were low desire, difficulty with vaginal lubrication, and inability to climax. Among men, the most prevalent sexual problems were erectile difficulties, and many used medication or supplements to treat them.

Researchers said the current study is the first to establish nationally representative evidence about sexuality in relation to cognitive function for home‐dwelling older adults in the United States.

Today, some 3.2 million people who live at home have Alzheimer’s Disease (AD). That number is expected to grow to more than 8 million by 2050. And experts agree that we know very little about sexuality among people with cognitive problems. So the question for these researchers becomes: “Do older adults always have the capacity to consent to sexual activity?” Their findings, they hope, will guide professional as well as family caregivers in the ethical treatment of older adults in the coming years.

More than one‐third of men and one in 10 women in the dementia group reported sexual problems, especially lack of interest in sex, authors noted, but most people, including men and women with lower cognition, regarded sexuality as an important part of life and reported having sex less often than they would like.

Still, not all of the findings should lead younger people to dread their future sex lives. More than 40 percent of partnered men and women ages 80 to 91 living with dementia were still sexually active. And researchers noted that erection difficulties were lower in men with worse cognitive function, including men who were not sexually active with a partner. “This finding may relate to central disinhibitory effects or other physiological mechanisms of dementia or medications commonly used in this population and warrants further investigation,” study authors wrote.

“We found that, although age‐adjusted rates of individual and partnered sexual activity are lower in those with worse cognitive function, the majority of partnered older men and women who screen positive for dementia are sexually active, including 40% of partnered people aged 80 to 91 years,” wrote lead study author Stacy Tessler Lindau, MD, MA, director of the Program in Integrative Sexual Medicine (PRISM), an organization that provides care for and studies female sexual function in the context of aging and common illnesses at the University of Chicago Medicine.

Researchers also found one in 10 partnered people felt threatened or frightened by a partner, a factor troubling for elder abuse. Yet in contrast, “although most sexually active people across groups were satisfied with their sex life, people with dementia were more likely than others to report obligatory sex and sex without feeling aroused and to find physical touching unappealing,” authors wrote. “The finding that people with lower cognition, especially women, were also less likely to talk with a partner or a physician about sexual issues may partly explain these results.”

The study did not address the prevalence of sexual assault or rape by a partner, though people with more severe cognitive impairment are at higher risk of sexual victimization. This concern has driven restrictive policies and even legal action against spouses of people with dementia, authors wrote. They said experts and guidelines call on physicians to screen for elder abuse, including sexual abuse, but definitions of abuse and standards of consent to sex vary widely and can be difficult to operationalize in practice. Authors noted that this study adds new evidence to use in looking into improving these standards.

Researchers outlined possible limitations of their results, though they say the NSHAP interview methods are widely accepted as valid and have been emulated in other large population‐based studies of aging that assessed sexuality. They do note that although there is little evidence to suggest that responses to sexuality questions are any less reliable than other domains, the reliability of those responses may decline with worse cognitive function and that in two small studies of people (mostly men) with Alzheimer’s disease, a minority reported a higher frequency of sex than their spouses. Another possible limitation, according to Landau, was that the research was heavily centered on the study of married people and that the study findings do not yield insight into same‐sex partnerships.

Researchers estimate that, “in the home‐dwelling United States population aged 62 and older, at least 1.8 million men and 1.4 million women with likely dementia are sexually active, and this number will more than double by 2050.” They say that physicians rarely counsel these people, especially women, about sexual changes that may result from dementia or other medical conditions.

Study authors contend that their results about older‐adult sexuality in the context of cognitive impairment should assist in the approach to advance directives, counseling, treatment and person‐centered decision‐making by physicians and others charged with the ethical and humane care of older adults.