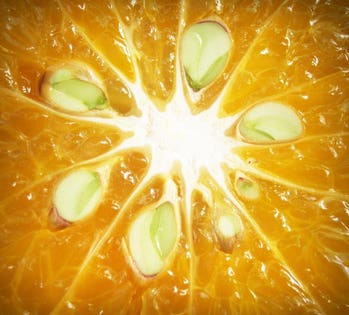 Organic solar cells have several advantages over their traditional silicon counterparts. But they are highly susceptible to damage from moisture, oxygen and light.

Researchers have now worked out how to make these next-generation cells more resistant to harsh environmental variables, bringing them closer to widescale commercialization.

Current attempts to address the vulnerability of organic solar cells involve encapsulating them, a costly process that makes them heavier and less efficient.

The researchers adhered tape to the top photoactive layer of the cell then applied heat and pressure. When the film dropped back to room temperature, they slowly removed the tape, leaving only six percent of the PCBM acceptor components.

This allowed primarily non-reactive organic polymers to be exposed, thereby protecting the cells from oxidation by water and oxygen.

The modified solar units survived 10,000 cycles of bending and immersion in water.

“Our results finally demonstrate that the selective removal of electron acceptors near the top electrode leads to highly durable solar cells that can even function underwater without encapsulation,” said Taylor.

Additionally, the new polymer-rich surface vastly improved adhesion between the photoactive layer and the top metal electrode, preventing delamination – separation of the layers.

The process also improved the cells’ energy efficiency. First author Jaemin Kong explained that “using our tape stripping technique we can control the compositional distribution in a vertical direction of the photoactive layer, which consequently leads to better charge extraction out of the solar cells.”

Organic photovoltaics use carbon instead of silicon and promise superior energy efficiency. Cheaper to make, they can be mass-produced in thin rolls that are portable, light and flexible, and can curve around structures.

Aesthetically, they are semi-transparent and their color can be modified to blend in with the surrounding environment.

“But if you look at the obvious use case for solar panels,” said Taylor, “you have to make sure organic photovoltaics can compete against silicon on rooftops, in rain and snow.

“This is where organic solar cells have not been able to compete for a long time. We are showing a pathway to making this possible.”

“We anticipate that our approach and results will initiate a new frontier for the development of highly durable, all-weather [organic solar cells],” the authors conclude.

The research is published in the journal ACS Energy Letters.