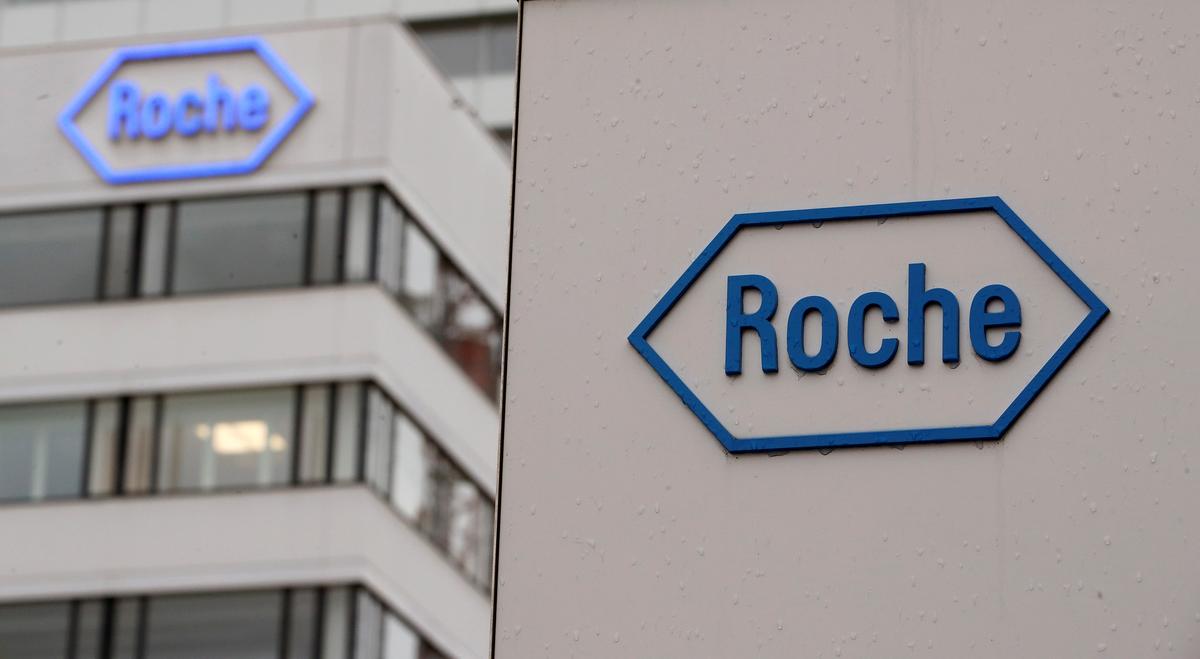 FILE PHOTO: The logo of Swiss drugmaker Roche is seen at its headquarters in Basel, Switzerland February 1, 2018. REUTERS/Arnd Wiegmann/File Photo

Survival without the disease worsening (PFS) was lifted to 7 months for patients getting Tecentriq plus chemotherapy, Roche said, versus 5.5 months for the chemotherapy group.

The results from the study, called IMpower 130, come well after pivotal trial wins notched by Merck’s Keytruda this year that have helped catapult that immunotherapy to the forefront of treatment of non-small cell lung cancer.

“It’s really another data point, another demonstration of the efficacy of cancer immunotherapy with Tecentriq in this disease,” Horning said in an interview.

“Non-small cell lung cancer patients are heterogeneous, and for physicians and patients it can be advantageous to have options.”

The data was released at the European Society of Medical Oncology meeting in Munich.

IMpower130 is one of eight trials Roche has going against NSCLC that rely on Tecentriq.

Its success does not erase Roche’s disappointment this year when an important lung cancer trial, called IMpower 132, pairing Tecentriq with another kind of chemotherapy failed to deliver overall survival data needed to help it challenge Merck’s medicine.

Roche now expects that data to be ready next year. Some analysts have said the delay bodes poorly for investors weighing the relative efficacy of Tecentriq and Keytruda.