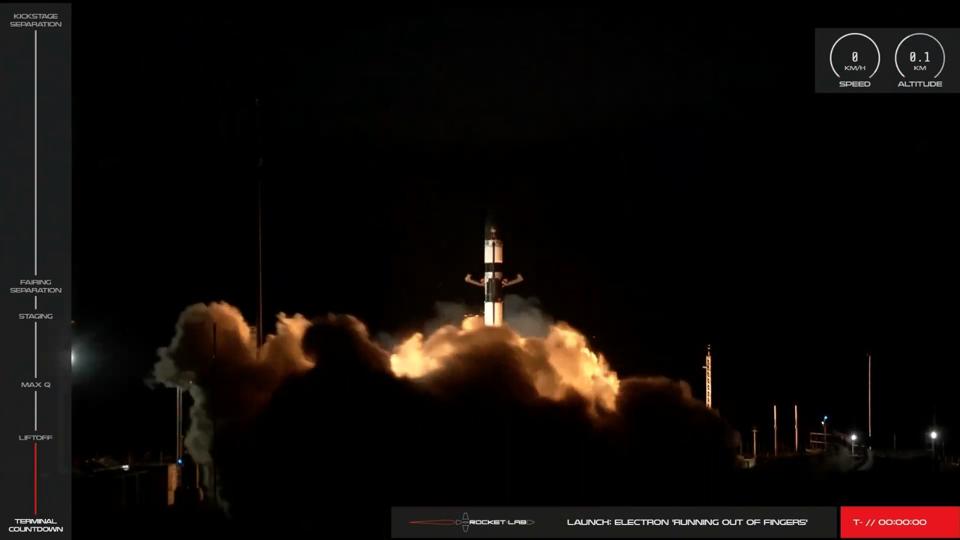 Rocket Lab has successfully launched its tenth Electron rocket into orbit, carrying several satellites and performing a key re-entry test, as the U.S. company moves closer to reusing their rockets.

Nicknamed “Running Out Of Fingers”, the rocket lifted off from the company’s own launch site on New Zealand’s Māhia Peninsula today, Friday, December 6 at 3.18 A.M. Eastern Time. On board were six microsatellites and a Japanese spacecraft that will attempt to produce artificial meteors in space.

Weighing 75 kilograms, this spacecraft from Tokyo-based company ALE – called ALE-2 – will be deployed at an altitude of 400 kilometers. Here, it will fire two-centimeter pellets into Earth’s atmosphere which, when they burn up, should be visible to people on the ground.

However, of equal note on this mission will be what happened to the rocket after launch. The company closely monitored the re-entry of the rocket back through the atmosphere, all the way down to its ocean impact, to monitor how it behaved.

Rocket Lab is hoping to start reusing its Electron rockets in the near-future, by catching them as they fall to Earth with the help of a parasail and helicopter, and this flight will provide key information towards this goal.

“Electron’s first stage will not be recovered from this mission, however the stage includes new hardware and sensors to inform future recovery efforts,” Rocket Lab said in a statement prior to launch.

“As part of a first stage block upgrade, Electron’s booster will include guidance and navigation hardware, including S-band telemetry and onboard flight computer systems, to gather data during the first stage’s atmospheric re-entry. The stage is also equipped with a reaction control system to orient the booster during its re-entry descent.”

Unlike other companies operating reusable rockets, namely SpaceX and Blue Origin, Rocket Lab says its Electron rocket is too small to perform vertical landings on the ground. After being caught by the helicopter, the rocket would be lowered to a ship and transported back to land, ready to fly again.

Shortly after today’s launch, Rocket Lab CEO Peter Beck tweeted to say that the rocket had “solid telemetry all the way to sea level with a healthy stage.” He added it was “a massive step for recovery”. The payloads on board were successfully deployed into orbit, meanwhile.

Rocket Lab has not yet announced when it will attempt the first recovery of one of its rockets, each of which costs about $5 million to build and launch. However, when it does, it will become one of very few companies capable of launching, landing, and launching their own rockets again.