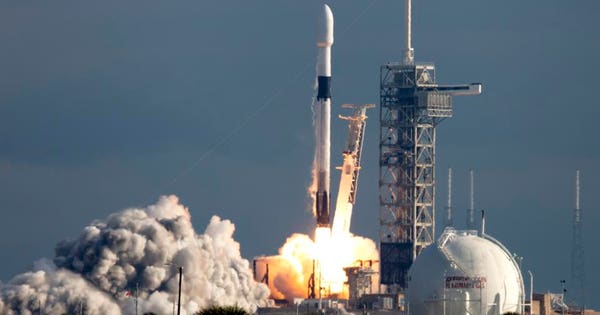 The Air Force’s two approved rocket companies for national security missions split a new $739 million contract for launch services, just one week after an investigation launched into its practices for military launch certification.

An Air Force statement released Tuesday (Feb. 20) said the contracts support the Space and Missile Center’s mandate to provide “resilient and affordable space capabilities to our nation, while maintaining assured access to space.”

The contract comes only a week after the Department of Defense Office of Inspector General said it is investigating whether the Air Force properly certified SpaceX’s Falcon line for national security launches in 2015. As of mid-February, it was unclear what prompted the investigation. Neither the Inspector General’s office nor SpaceX responded to a query at that time.

The military launch scene changed rapidly in 2015 when SpaceX came on board as a new provider, breaking a monopoly by ULA that it held over the previous decade. (SpaceX’s first national security launch blasted off in late 2018.) SpaceX proponents argue that it can provide the same service for lower cost than ULA, while advocates of ULA point to its history of reliability as justification for paying a higher price.

While SpaceX’s tab for the contract’s services (which include launch vehicle production, mission integration, launch operations, and spaceflight certification) is 30% lower than ULA’s, launch costs are also highly dependent on the type of rocket used. SpaceX’s Falcon 9, for example, is much less expensive than its heavyweight Falcon Heavy that is most famous for launching a Tesla and mannequin into space in 2018. ULA has a range of rockets in light, medium and heavy configurations.

ULA, a joint venture of Lockheed Martin and Boeing formed in 2006, provides expendable launch systems — principally the Delta IV and the Atlas V. Neither of these systems experienced a complete failure in more than a decade of operations. The Atlas V rocket, however, has an Achilles’ heel; it uses RD-180 engines that are designed and built in Russia. Congress has a mandate to stop using these engines by Dec. 31, 2022.

ULA plans a replacement BE-4 rocket engine that it is developing with Blue Origin, the space company founded by Amazon’s Jeff Bezos. This rocket engine will fly on an Atlas V successor rocket called Vulcan Centaur, but that flight isn’t set to go until mid-2021 — only 18 months before the authorization expires, leaving little slack in the schedule for the Air Force certification.

But in a statement, ULA expressed confidence that these launches will serve as a springpad for bringing the Vulcan Centaur on board. The new rocket is “designed to meet or exceed the needs of our Air Force customer so we can continue to provide reliable, on-time, assured access to space well into the future,” said Tony Bruno, ULA’s president and chief executive, in a statement about the new contract.

SpaceX and its founder, Elon Musk, remained quiet about the deal on Twitter (their most popular platform for releasing news). However, one of the company’s reference customers is NASA — for whom SpaceX launches cargo and soon, astronauts to the International Space Station. These heavy-lift civilian and military government launches will gain increasing importance as companies in general shift to smaller satellites.