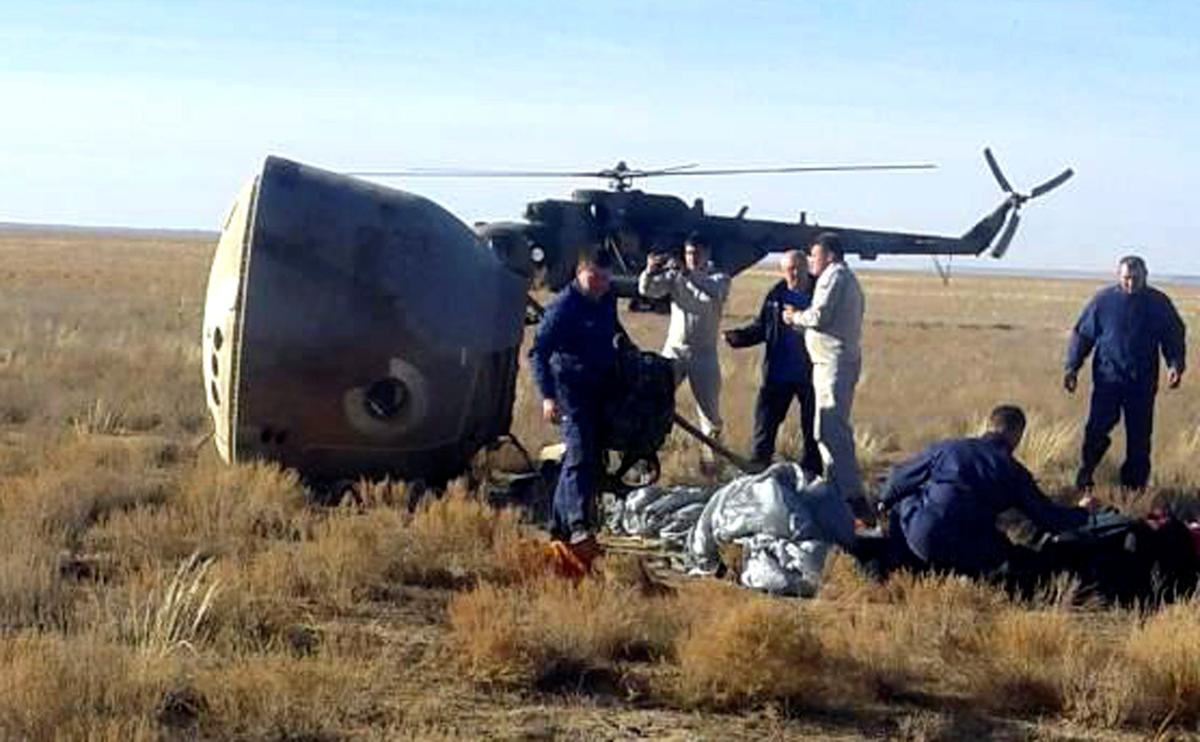 MOSCOW (Reuters) – Russia may delay a planned unmanned cargo shipment to the International Space Station (ISS) after the failure of a manned flight the previous day, Sergei Krikalev, a senior official from Russian space agency Roscosmos said on Friday.

Specialists and rescuers gather near the Soyuz capsule transporting U.S. astronaut Nick Hague and Russian cosmonaut Alexei Ovchinin, after it made an emergency landing following a failure of its booster rockets, near the city of Zhezkazgan in central Kazakhstan October 11, 2018. Federal Air Transport Agency “Rosaviation”/Handout via REUTERS

The space station’s next re-supply mission had been scheduled for late October, but the unmanned Progress spacecraft — which carries food and other supplies to the ISS — uses the same rocket system as the Soyuz spacecraft involved in Thursday’s incident.

Krikalev, whose comments were broadcast on state TV, confirmed that all launches of Soyuz rockets will be suspended until investigators establish what went wrong on Thursday when one of the rockets failed in mid-air.

Reporting by Maria Kiselyova; Writing by Andrew Osborn; Editing by