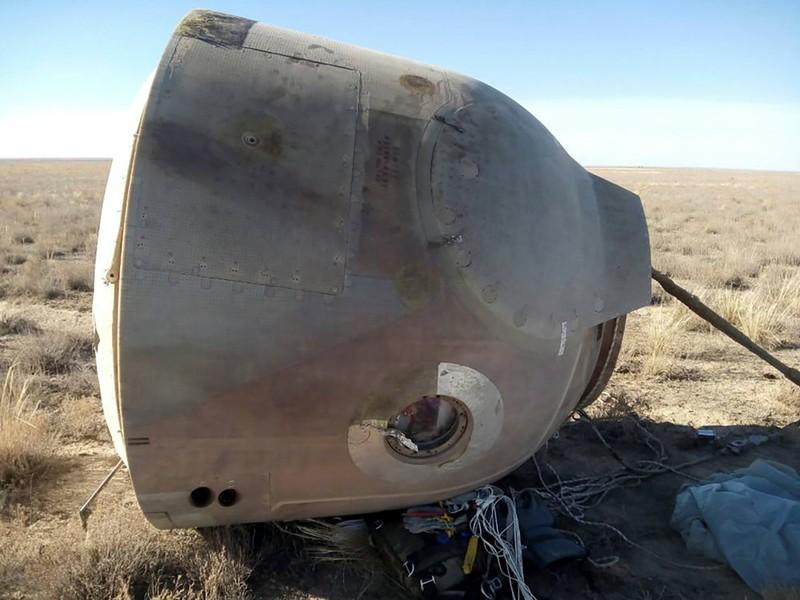 MOSCOW (Reuters) – The next manned flight of a Soyuz rocket to the International Space Station (ISS) could take place on Nov. 28, Interfax news agency quoted a Russian space industry source on Saturday as saying.

FILE PHOTO: A view shows the Soyuz capsule transporting U.S. astronaut Nick Hague and Russian cosmonaut Alexei Ovchinin, after it made an emergency landing following a failure of its booster rockets, near the city of Zhezkazgan in central Kazakhstan October 11, 2018. Federal Air Transport Agency “Rosaviation”/Handout via REUTERS

A Russian cosmonaut and a U.S. astronaut survived an aborted liftoff after a Soyuz rocket bound for the ISS failed in mid-air two minutes after the launch in Kazakhstan, leading to a dramatic emergency landing.

Russia’s space agency Roscosmos was not immediately available for comment on Saturday on the Interfax report.

A Russian space agency official said on Friday that Russia still planned to go ahead as planned with its next manned flight to the ISS in December despite a rocket failure this week.