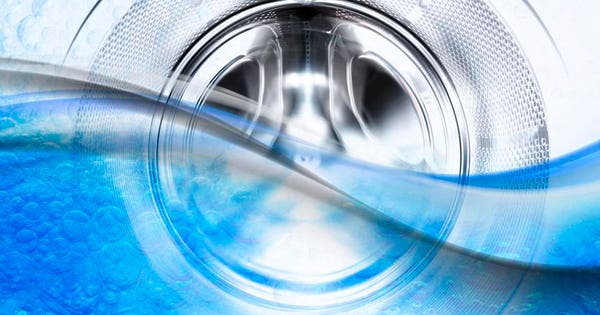 It’s the battle of the microfiber removers. In this corner, Cora Ball, which you toss into your wash to remove microfibers from washing away with your laundry load. In this corner, Lint LUV-R, a filter you install outside your laundry machine with the same goal in mind. New peer-reviewed research says “both technologies significantly reduced the numbers of microfibers from fleece blankets in washing effluent.” So either way, the environment wins.

Lint LUV-R captured an average of 87% of microfibers, keeping them out of rivers and lakes, while Cora Ball captured 26%, according to the study, published in the Marine Pollution Bulletin and authored by researchers from University of Toronto and the Ocean Conservancy. The authors write:

These results suggest that these two technologies added to washing machines could be an effective way to reduce microfiber emissions to the environment. While further investigations are needed to understand the relative contributions of microfibers from other textile products and their pathways to the environment, we know that textiles laundered in washing machines are one source of microfibers and that effective mitigation tools currently exist.

A copy of the study (shared by Cora Ball, which touted the upcoming findings last year) notes that the Lint LUV-R also significantly reduced the total weight and average length of fibers in effluent.

Even though Lint LUV-R removed a higher percentage of microfibers, Cora Ball reps say there’s plenty of room in the laundry for its device and others.

“We expected the Lint LUV-R to remove high percentages of microfiber and are excited by their results as well,” says Rachael Z. Miller, Cora Ball’s CEO.

“Using different strategies, we are all working toward the same goal. In many ways, the CoraBall and Lint Luv-R are complementary. Cora Ball could even reduce the frequency that the Lint LUV-R needs to be cleaned.”

She also notes that the Lint LUV-R captured longer fibers, while Cora Ball can catch the smallest ones, which is another way they can work together.

A study co-author includes University of Toronto’s Chelsea Rochman, who writes in an Ocean Conservancy blog that the Cora Balls and Lint LUV-R offer “simple solutions simple solutions to help reduce the number of microfibers that enter our environment each day.”

She adds, “We find these tiny fibers in samples from headwater streams, rivers, soils, lakes, sediments, ocean water, the deep-sea, wildlife, arctic sea ice, seafood, drinking water and table salt. In our own samples from the Laurentian Great Lakes, our research lab sometimes find more than 100 microfibers in an individual fish. Such widespread exposure raises concerns about effects to wildlife and human health.”

A tangle of microfiber taken from a Cora Ball after a wash. It is photographed on a flower petal to convey how small the microfibers are.Cora Ball

Under “policy implications,” the study notes that available technologies to mitigate microfiber release from domestic washing machines can significantly reduce the amount of microfibers being emitted to wastewater treatment plants and environment from washing our clothes.

“Although we do not yet know how washing clothing compares to other sources of microfibers released to the environment, our results point to the need—and the present opportunity—to mitigate releases from washing clothes.”

The researchers estimate that, for the city of Toronto, up to 36 trillion microfibers could be emitted to wastewater from washing machines each year.

“If, on a municipal level, the Cora Ball or Lint LUV-R was placed into all households in Toronto, then the number of microfibers emitted into wastewater from washing machines could be reduced by up to 6 to 9 or 20 to 31 trillion fibers respectively each year based on our data,” the authors estimate.

Cora Balls are made in Vermont. The Lint LUV-R hails from Canada.

Cora Balls cost about $30 each. The Lint LUV-R requires installation and costs $140. Cora Ball is a startup that launched after a Kickstarter campaign in 2017; Lint LUV-R has been around for a dozen years.

A Lint LUV-R rep wasn’t available for comment. But the product’s Environmental Enhancements website notes that the filters are recommended by the Nova Scotia Department of the Environment.

“By filtering out lint and fibers, Lint LUV-R reduces the possibility of flooding, system failure and expensive remediation costs caused by sewage back-ups,” the company says on its website. “Septic system replacement can exceed $20,000.”

Mecano ID wins French government funding for small satellite deployer
For the first time, we can see patterns of an eerie glow in the Martian atmosphere
Yes! SpaceX just brought 2 astronauts back home in a milestone for human spaceflight
Here’s what happens in your body when you overeat just once
Isaias Severs Power To Millions—Here’s How To Prepare For Future Power Outages