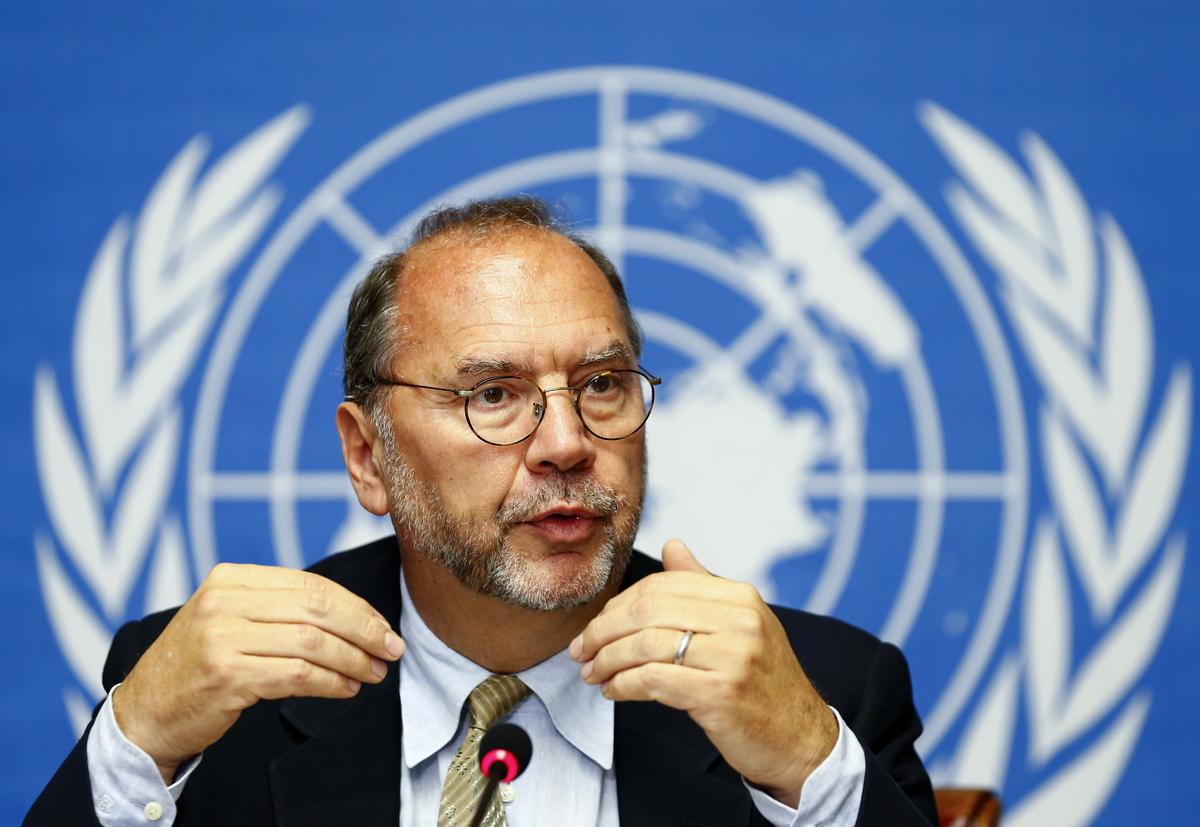 LONDON, (Reuters) – Scientists in Britain expressed concern on Thursday after at least 17 delegates from Africa and Asia wanting to attend a health conference in London were denied visas.

Ebola virus discoverer Peter Piot addresses a news conference at the United Nations after an informal consultation at the World Health Organization (WHO) in Geneva October 7, 2014. REUTERS/Denis Balibouse

Peter Piot, a Belgian-born microbiologist who was part of a team that discovered the Ebola virus in the 1970s and is now director of the London School of Hygiene & Tropical Medicine, was among those protesting against restrictive criteria for granting short-term business visas.

In a letter to the interior minister, Sajid Javid, Piot said the restrictions “represent a significant threat” to the United Kingdom establishing itself as a global health and science hub when it should be showing it is “open for business”.

“This conference is a forum to promote international debate and to nurture new talent,” Piot said in the letter, a copy of which was posted on his institution’s website.

“The denial of these visas not only excludes experts and emerging experts from low- and middle-income countries from participating in these global dialogues around health and health equity but it also precludes the UK from benefiting from this important knowledge exchange.”

The conference has attracted around 900 people from 70 or more countries. Among delegates due to attend are Britain’s chief medical officer Sally Davies and Soumya Swaminathan, a World Health Organization deputy director general.

“All UK visa applications are considered on their individual merits and in line with UK immigration rules and guidance,” an interior ministry spokesman said in a statement. “The onus is on the applicant to demonstrate that they satisfy the immigration rules.”

He said the ministry would respond to Piot once it had received his letter.

Piot said the restrictive visa rules “can only deter organizations from holding future conferences in the UK”. He said his own school, a world-renowned scientific and global health institution, “is considering moving the locations of many of our large international meetings to outside of the UK so that valued global experts can participate more easily.”

“If we want to continue producing the best science, producing discoveries that will improve all our lives, we need to make it easier, not harder, for researchers to travel and collaborate across borders,” said Beth Thompson, head of UK and European Union policy at the Wellcome Trust health charity.

Research conducted by the Wellcome and published in September found that a third of African and Asian researchers seeking visas for short term visits to Britain had encountered problems.