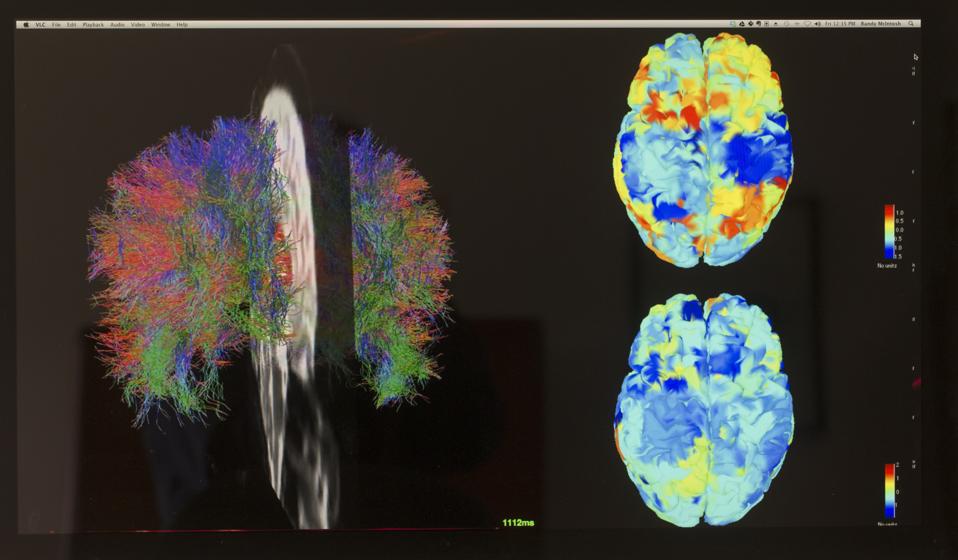 The largest brain imaging study of its kind may have found the reason why people with anxiety and mood disorders so often feel unable to escape negative thoughts and emotions.

Researchers analyzed a trove of brain scans–more than 9,000 from 226 previous functional imaging studies–that compared the brain activity of healthy adults to those diagnosed with mood or anxiety disorders.

Taken together, these findings suggest that the brains of patients with anxiety and mood disorders are stuck in an unhealthy hotbox: on one side their brains have difficulty managing emotionally charged thoughts, and on the other they’re prone to rumination and negative emotions.

“These brain imaging findings provide a science-based explanation as to why patients with mood and anxiety disorders seem to be ‘locked in’ to negative mood states,” said Dr. Sophia Frangou, senior study author and a psychiatry professor at The University of British Columbia. “They also corroborate the patients’ experience of being unable to stop and switch away from negative thoughts and feelings.”

The researchers noted that the study intentionally excluded brain imaging from children and older adults, so it’s not possible to know how the results would apply to those age groups. And since interpreting brain scans relies largely on correlation, the results do not show cause and effect, nor answer the “chicken and egg” questions about whether brain abnormalities exist prior to, or are a consequence of, other factors.

Future studies, the researchers said, will evaluate ways of focusing on the brain circuits featured in the findings, potentially with interventions like neurostimulation and targeted therapy.

“These shared brain phenotypes have the potential to serve as targets for interventions aiming to improve clinical outcomes and reduce or prevent affective morbidity in the general population,” they wrote.

The study was published in JAMA Psychiatry and was funded in part by the National Institute of Mental Health.