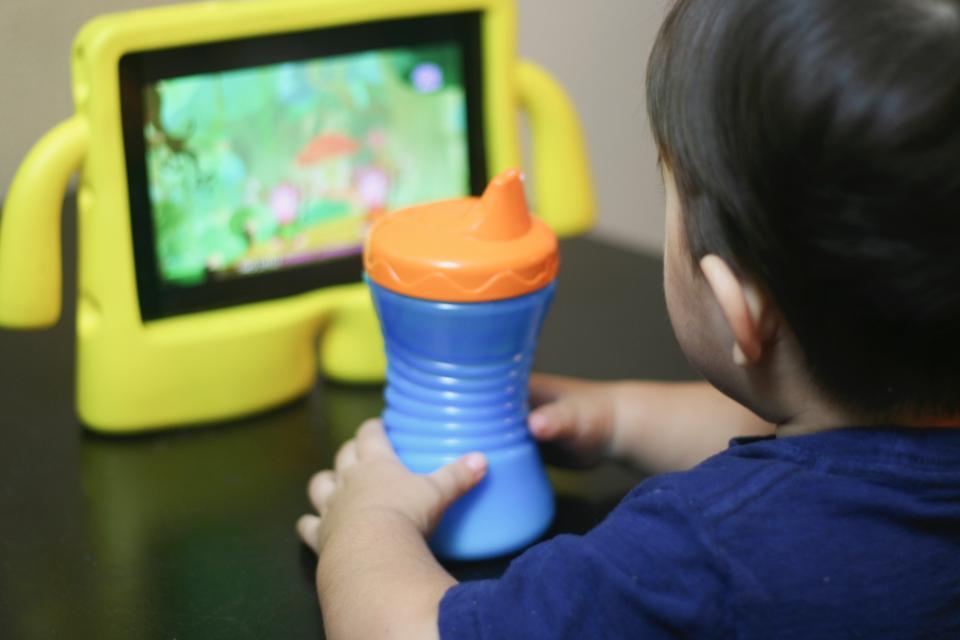 How much screen time is too much?

Despite these recommendations, children are developing TV habits, some even in infancy, that greatly exceed these guidelines. And not surprisingly, the increased use of screen time is affecting our children’s development.

In a recent study in JAMA Pediatrics looked at 3,895 children aged 1 to 3. These children’s use of screen time increased from 53 minutes at 12 months to over 150 minutes at 3 years. Sometimes, their screen time habits began in infancy.

The study also found that children that logged more screen time (and who had a larger increase in screen time as they aged) were more likely to have parents with lower educational levels, be only-children or twins, or who were at home-based child care (rather than at center-based child care). In addition, first-time mothers had children that logged more screen time, and boys were more likely than girls to watch more TV.

In another study in JAMA Pediatrics of 47 preschoolers between the age of 3 and 5, results of cognitive tests and an MRI were combined with screen time behavior. The more screen time the child logged, the lower their skills in language, literacy, imagery, and self-regulation. This was even found on a structural level – the white matter tracts within the brain were affected.

“Screen time habits appear to track from as early as infancy, emphasizing the need for earlier interventions,” says Mai-Han Trinh and co-authors.