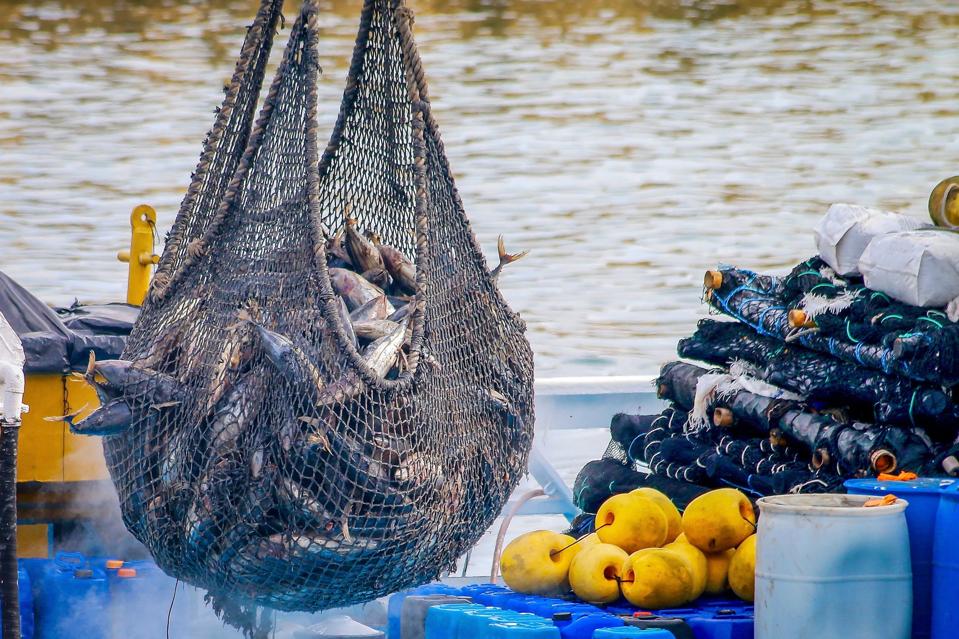 The new Netflix documentary Seaspiracy highlights the damaging effects of fishing on the world’s oceans. The documentary is narrated and directed by British filmmaker Ali Tabrizi as he discovers fishing to be the ocean’s biggest threat.

While perhaps produced with good intentions, Seaspiracy fails to provide a critical lens to the problems it unveils. Instead, the film pedals falsehoods to encourage outrage. Still, many disturbed viewers are taking the bait and announcing plans to adhere to the film’s call to action: to stop eating fish. But Seaspiracy’s use of lies and half-truths may ultimately set the ocean conservation movement backward for the sake of attention. After all, sensationalism sells.

Some Truths and A Lot of Lies

Seaspiracy unloads information at a pace too fast to fully grasp, let alone critically evaluate. The film’s “just trust me” attitude runs counter to today’s culture of facts, science, and truth. Yet many who watch appear all-in on Seaspiracy’s tale: everything you know about the seafood industry is a lie. Even well-known environmentalists and conservation organizations have expressed support for Seaspiracy despite holding themselves to higher standards of scientific accuracy and inclusive solution building. Why align with a documentary that does not take much care in painting an accurate portrait of the oceans nor the best way to help revitalize them?

Perhaps for these ocean protection organizations, the cost-benefit analysis came out in favor of supporting the film. Even if it’s chocked full of lies and half-truths, maybe the documentary is still good overall if it introduces people to ocean issues and inspires a desire to make a difference.

Alternatively, these ocean-focused non-profits may be supporting the documentary out of fear. Seaspiracy successfully painted a number of non-profits unfavorably. The film falsely accuses the Marine Stewardship Council, or MSC, of mis-labeling canned tuna as ‘dolphin safe’ and implies the Plastic Pollution Coalition is hiding the amount of plastic fishing gear that ends up in the ocean. (The film claims fishing gear makes up nearly half of plastic in the ocean. While fishing gear does contribute to ocean plastic, it only accounts for about 10% of all plastic in the ocean).

In a lot of ways, these two groups are ocean protection behemoths. Watching two of the largest ocean conservation organizations be dragged through the mud for Tabrizi to add to his pre-drawn conclusion – that everything about fishing is bad – is devastating to those who spend their lives fighting for the oceans. Yet the film’s instant popularity may have enticed the ocean organizations spared from Seaspiracy’s misleading cuts to support the film out of fear of being the next accused of anti-ocean malfeasance.

But the damage Seaspiracy inflicts goes well beyond the film’s high-profile take-downs. Seaspiracy and its widespread popularity stand to further undermine people’s support for the ocean’s protection. The conspiratorial angle of the documentary may incite the opposite reaction among viewers than it appears to intend. With many examples of who not to trust, the film fails to provide information on who, in the film’s view, is honest about the oceans. Instead of providing people with memorable information and tactics to assess the validity of scientific claims, the film encourages viewers to trust no one except itself and a few organizations, most of which are known for extreme views when it comes to animal welfare. It’s also worth noting that the film was produced by animal rights advocate Kip Anderson who produced the similarly named documentary “Cowspiracy” as well as “The Sustainability Secret” and “What the Health”.

What Happened to Cancel Culture?

In the age of “cancel culture”, many of those plugged into the news cycle or social media have developed a low tolerance for lies. The wrath of cancel culture typically only applies to those caught intentionally attempting to deceive for personal gain. In this case, the production of a sensationalized depiction of the world’s fishing industry has landed an unknown documentary filmmaker a Netflix slot, electrifying his career. Yet Seaspiracy has hardly been “cancelled”.

Michael Moore’s controversial 2020 documentary on renewable energy, Planet of the Humans, received similar criticism as Seaspiracy: it used outdated information and, in the views of many climate scientists, set the renewable energy movement backwards. Yet the ire of the environmental and scientific communities did arguably succeed in cancelling Planet of the Humans. The film, which was released for free on YouTube, was suddenly removed by the platform after the documentary was reported for copyright infringement. Planet of the Humans was removed on this charge without evidence, a standard practice under YouTube’s rules. Whether legitimate or not, the film’s removal was an effective form of cancellation. The documentary was seldom covered in the media thereafter.

Unlike Michael Moore’s Planet of the Humans, Seaspiracy’s call to action may be less controversial to the average viewer. While Planet of the Humans advocated for managing human population growth to help reduce our collective impact on the planet, Seaspiracy called on people to stop eating seafood. While both of the films’ plans are worthy of criticism, the problems associated with taking fish off the menu are likely less obvious to most of the film’s viewers.

In the western world, where most of Seaspiracy’s viewers live, seafood is not seen as an essential source of protein. In fact, most people prefer to enjoy seafood out at a restaurant over cooking it at home. Yet for many poorer, less developed countries, seafood is essential as both a source of protein and income. Seaspiracy’s push for a seafood-free future fails to scrutinize the marginalized people that would be affected if such a movement were to take hold. Instead of being cancelled for its inaccuracies and white savior perspective, Seaspiracy is cancelling seafood and some of those working to improve the state of our oceans.

Seaspiracy’s ability to wield cancel culture to drive home a misleading narrative may also undermine people’s trust in ocean conservation organizations and the science behind their efforts. While it’s important to scrutinize information, including science coming from reputable sources, the damage inflicted by blanket distrust in organizations, scientists, and entire fields of study is difficult to fathom. As we’ve learned from the anti-vaccination movement, once people lose their trust, it’s incredibly difficult to regain.