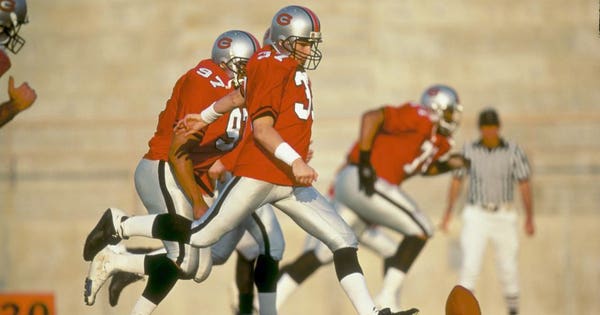 The real-world laboratory where the future of football is being crafted might just be the Ivy League. In 2016 the eight-team college league banned live tackling in practice while at the same time moving the kickoff line forward from the 35-yard-line to the 40. The intended result of all the changes is fewer impacts and less concussions for players and today new research published by the American Medical Association shows the changes are working.

In 2015, before the rule changes took effect, kickoffs accounted for just six percent of all plays in Ivy League contests, but 21 percent of all concussions suffered came on the kickoff, which involves teams running at each other at full speed with a significant head start to gather steam. Moving the kick line up increased the likelihood that a kickoff would not be returned.

The change actually came years after the National Football League (NFL) also moved its own kickoff line up, from the 30-yard-line to the 35.  Still, concussions on kickoffs and other plays have persisted in the professional league noted for its high-speed brutality. Some have suggested that a wise course of action may be to do away with the kickoff in the pro game altogether.

Instead, for now, the NFL is trying a new raft of rule changes designed to lessen the danger of the kickoff and thereby preserve it. That’s why, when the Denver Broncos and Kansas City Chiefs face off in Monday Night Football tonight, the players on the kicking team can no longer get a running start before the ball is kicked.

What the changes mean for player safety remains to be seen. When the NFL released injury data on all plays from the 2017 season, it showed a 13 .5 percent increase in diagnosed concussions.